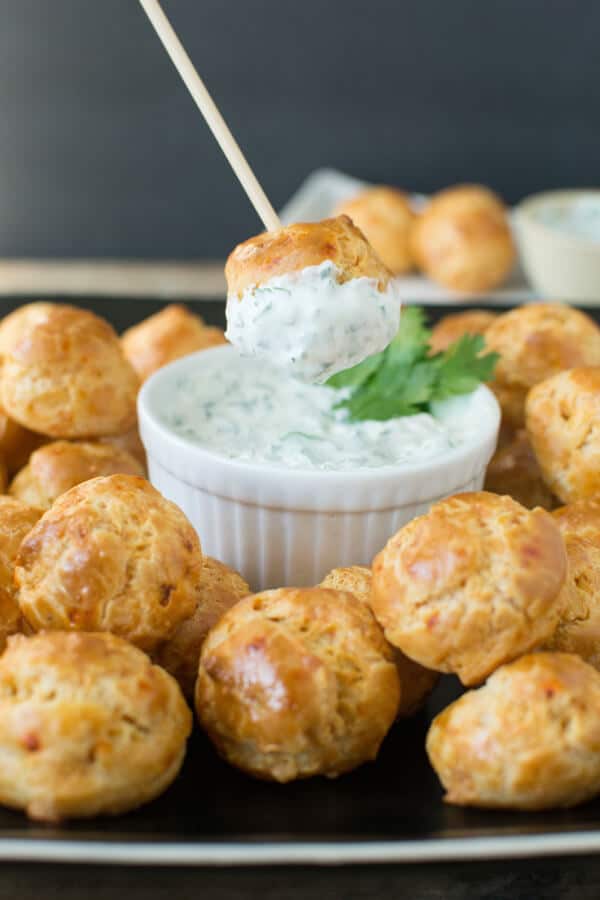 Just a few more days until 2016! I can’t believe it. Did you keep all your 2015 resolutions? I’ll be the first to admit, I definitely did not. We have a tradition of sitting with the kids and writing down some of the best things of the past year and goals for the upcoming year. I save them all, so we can reminisce about how things have changed. The big kids love to see what they wrote as preschoolers!

We usually have a low-key New Year’s Eve, but I always include some yummy goodies. Things to dip come at the top of the list. Now these cute cheddar gougeres puffs may look complicated, but they really don’t take too long to put together. The base dough is called pate a choux, the same stuff used to make cream puffs. Gougere is just a french word used for a savory version of choux dough. It is cooked on the stovetop, then baked in the oven. The little balls of dough puff up dramatically.

I seasoned the dough with diced chipotle peppers and some sharp cheddar cheese. We like it to have a little kick, so I added 2 full tablespoons of canned chipotle peppers. Baking the chipotle really mellows it out, so these are not overwhelmingly spicy. Lots of cheese, because you can never go wrong with lots of cheese 😉

The pate a choux before adding eggs. 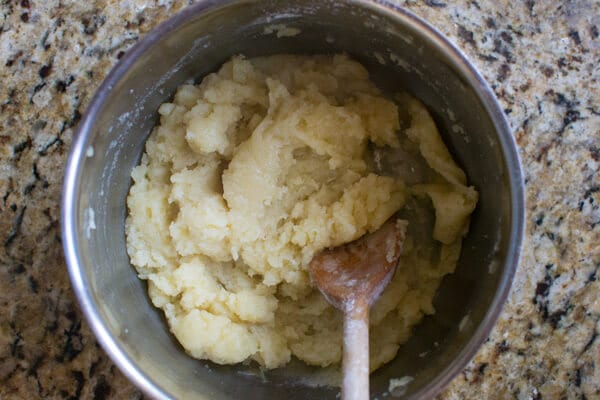 After adding the eggs, chipotle and cheddar. 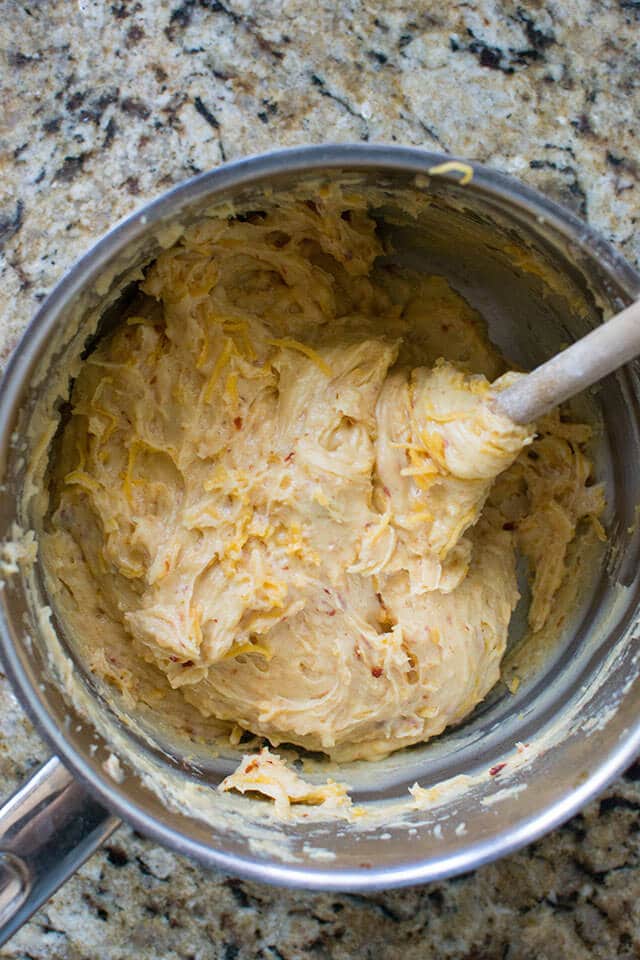 Piped onto the baking sheet, brushed with egg and ready to bake. 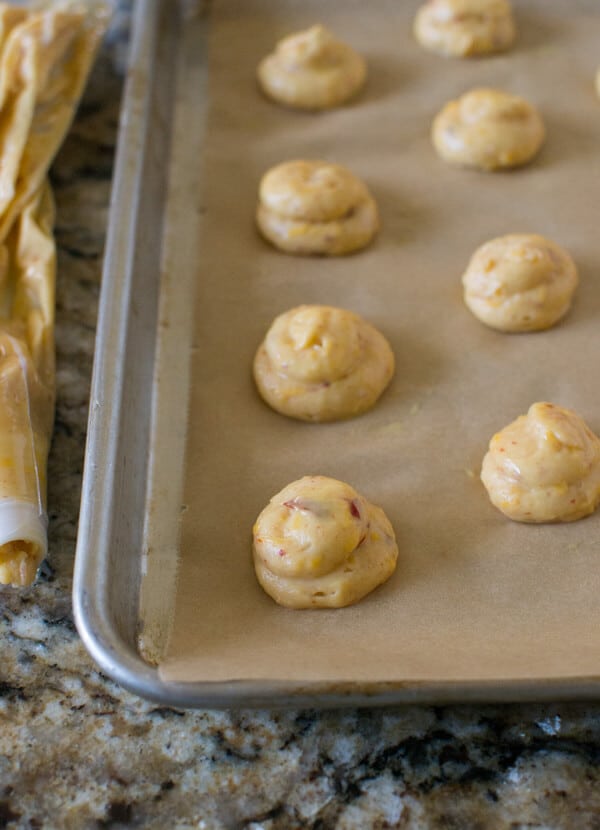 The most important thing when cooking the cheddar gougeres is to make sure they are not under-baked. The outside will be crisp and golden brown. You can tap the bottom of one and it should sound hollow. Immediately after removing from the oven, poke a hole in the side of the-the gougere, to let the steam escape. Otherwise, all the beautiful crispy dough will turn soggy and collapse.

Ready to eat! Complete with a fast cilantro lime dip.

Whether you are having a low key night or bringing them to a party, these chipotle cheddar gougeres will be the perfect finger food! 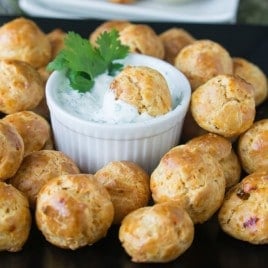 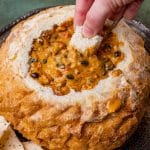 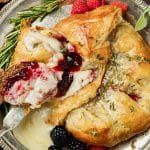 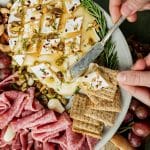 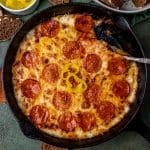 Such a unique appetizer, love the cilantro lime dipping sauce!

These look absolutely fantastic! I am going to try these for my next party! Pinned for later!

now this is my idea of the perfect appetizer! have a wonderful holiday season!!

My wife and I have a similar tradition that we do over afternoon tea. Very nice to reflect on the past year and think about the upcoming one. One of my resolutions for 2016 is to cook more. Thank you so much for the inspiring food you share. I look forward to seeing what you have in store for 2016 and trying to make some of it. Thanks ladies!

Just made them for a Halloween party. First off, great recipe. Fantastic blend of flavors between cheddar and chipotle peppers. The dip is a perfect fit. Can use plain yogurt, but sour cream as in your recipe just produces a better, creamier flavor. I’ve made various kinds of gougeres in the past, so now for a couple of suggestions: no need to separate the eggs or to beat them – they are just dropped into the batter and mixed in one by one. This doesn’t change the final outcome. Also, I’ve never found that heating the batter for more than… Read more »