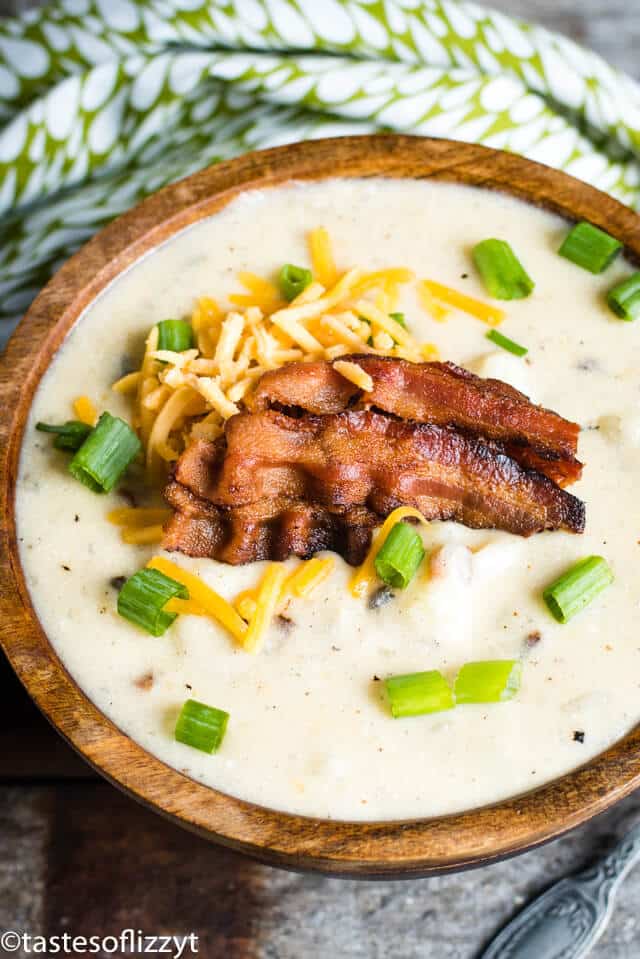 Creamy Baked Potato Soup that is full of cheese, onion, sour cream and bacon. This hearty soup is perfect for cold winter days!

My kids LOVE potatoes. End of story. They take potatoes absolutely any way I can make them. I made this soup last week and shared it on my Insta story. Within half an hour both Braden and Kinslee had messaged me saying they couldn’t wait to get home for dinner to eat this soup. There was slight arguing over the bacon, but they totally thought it was worth the wait.

What kind of potatoes are good for soup?

There are two options for this recipe. We used a Russet potato. Russet potatoes are a high starch potato and will break down a little while they cook. This helps to thicken the soup and makes it more creamy. If you’re worried about your soup being too thick and would like your potatoes to stay more in chunks, use a red potato. They hold their shape well!

How do you make potato soup?

Potato soup can be slightly time consuming to make, but if you plan ahead, it’s totally worth the effort.

Here’s our hints for making this soup efficiently:

How do you make creamy potato soup?

Sour cream helps keep this potato soup creamy. The ratio of butter to milk to potato and cheese that we use also makes the soup perfectly creamy. If you like really creamy, rich soup, you can use whole milk or half and half instead of the 2% milk. Be sure to give the flour/butter/milk mixture time to thicken. The soup will get thicker as it sits! 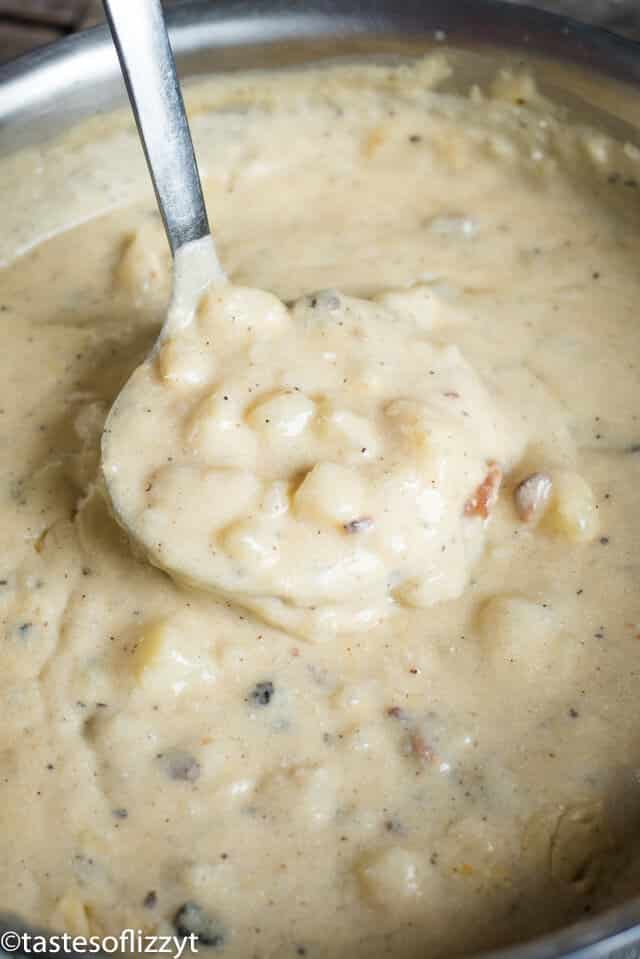 How do I thicken baked potato soup?

The soup should thicken up nicely with the flour/butter roux. By using Russet potatoes you can make the soup thicker because the potatoes will break apart while cooking. If you’ve made a mistake and your soup is too watery, you could add a touch of cream, make a cornstarch slurry and thicken the soup…or even use instant potato flakes in a pinch!

What can I do if my soup is too thick?

If you’ve made your soup too thick, you can add a bit of chicken broth to thin it out a little. This soup will really thicken up the second day, so if you’re eating leftovers and don’t want thick soup you’ll have to add chicken broth upon reheating the soup.

What do you serve with baked potato soup?

Here are some of our favorites! 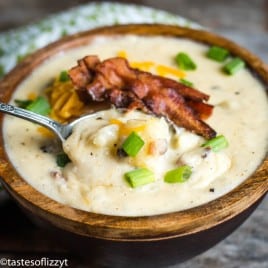 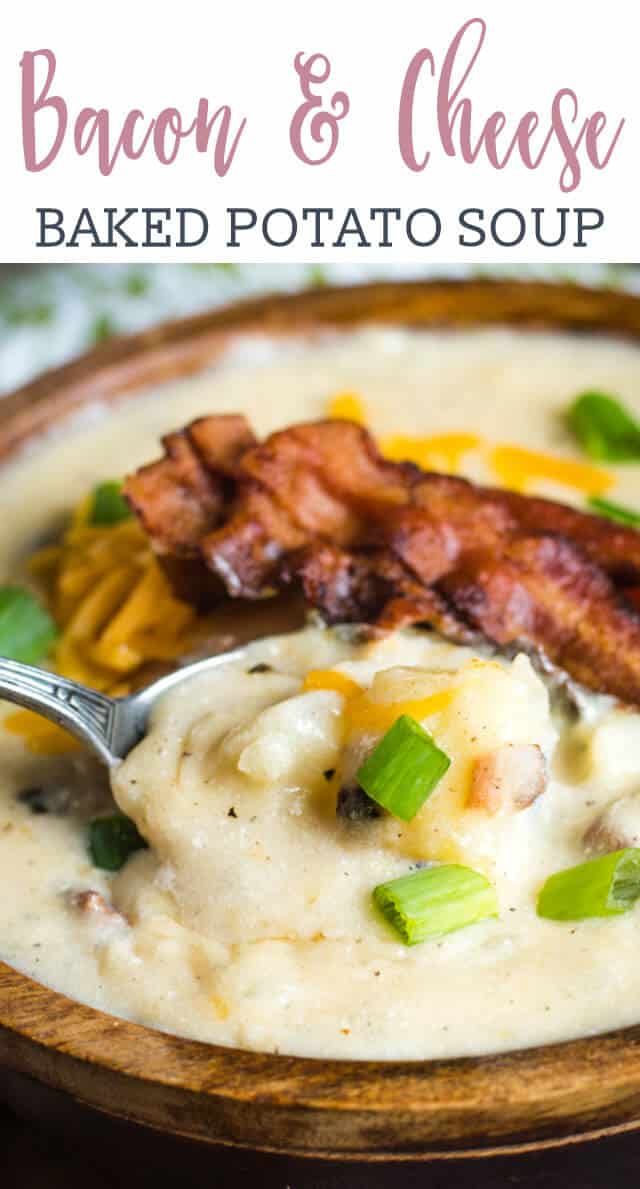 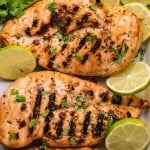 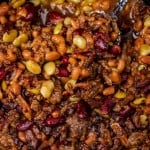 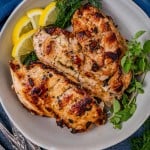 This recipe is amazing! My family loved this soup! Thank you!!

I don’t ever comment, but had to after making this. It was amazing!11

Can you freeze this soup?

We use the bacon that is ‘Ready To Heat’ (Hormel brand from Sam’s Club & BJ’s. Can we used that or do I have to have regular ‘cook to serve’ bacon, aka real bacon as one of kids would say?
Thanks! We have tried many of your recipes & enjoy all those we’ve tried. Any recipe for wedding soup? My son misses that and we’ve tried making ir since moving south from PA but it’s not as yummy.
Any other recipes where splenda can be used – mainly desserts like cheesecakes, pumpkin roll, etc.

Hi. My name is Lowell. For the potato soup how long do you microwave them for and are they peeled & diced before microwaving?

Planning on making this tonight for church tomorrow. Should I wait until I reheat tomorrow to add the sour cream or will it heat back up ok with it in?
Thanks!

I enjoy your recipes. I have gluten sensitivity and lactose intolerance…neither by choice..however; I am able to adjust your recipes e.g. no flour, cornstarch, lactose free milk, plant based butter, etc. All good! Thank you for sharing your recipes.