Home » Instant Pot Apple Dumplings
This post may contain affiliate links which won’t change your price but will share some commission.
JUMP TO RECIPE PRINT RECIPE 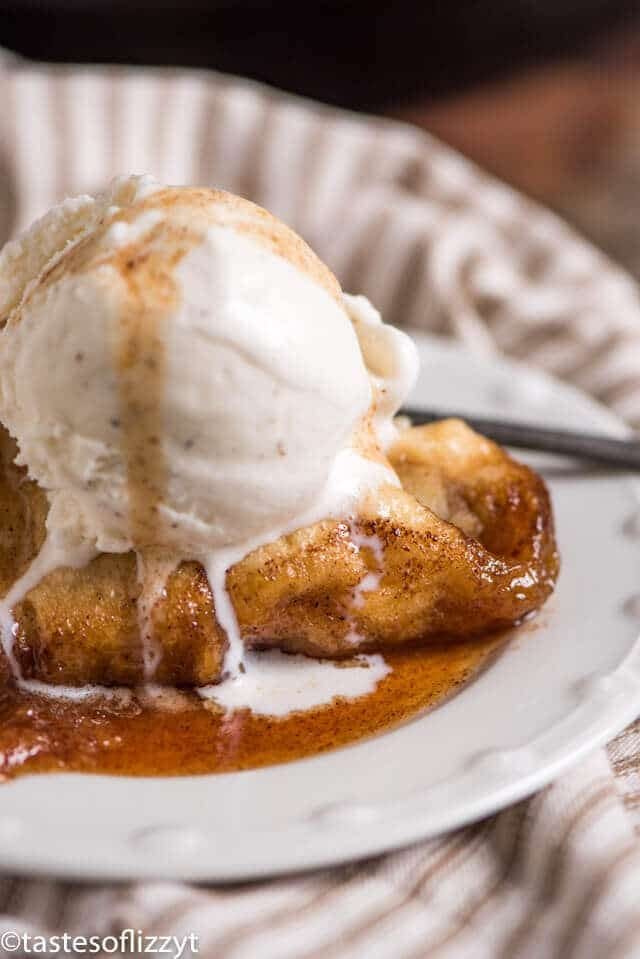 Have you gotten an Instant Pot yet? They’re the newest craze in cooking that everyone is talking about. I have personally had an Instant Pot for about a year and a half, but I’ll be honest. For most of those 18 months, the pressure cooker was sitting in my garage, only being pulled out every now and then to cook rice or hardboiled eggs, both of which it does beautifully.

Why did I not touch it much? The Instant Pot intimidated me. For this busy mom, I didn’t have time to learn all of those buttons. High pressure, low pressure, saute, poultry….if I even wanted to try making dinner in the Instant Pot, I just didn’t know how to go about doing it. It was like learning to cook all over again and I didn’t really have the time to learn a new method.

When I opened this Instant Pot® cookbook, I found approachable recipes that the whole family could enjoy for every meal:

Apple and Cinnamon Oatmeal, Corn Pudding, Mexican Style Brown Rice, Sunday Pot Roast, Mac ‘n Cheese…and to finish off? Desserts. I had heard you could make desserts in the Instant Pot but had never tried it. When I saw these Instant Pot Apple Dumplings, I knew this had to be the first recipe I made! 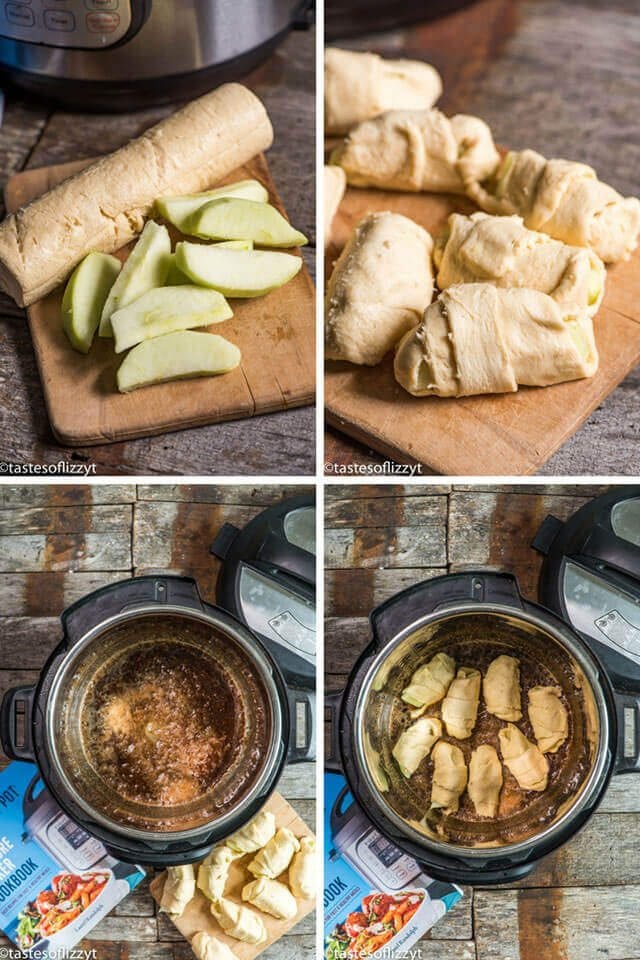 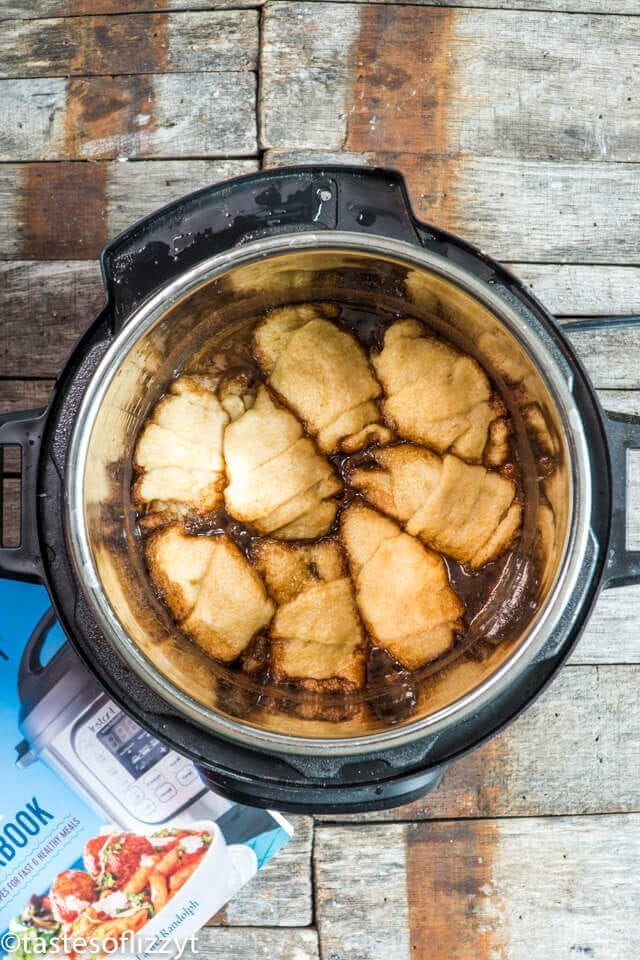 Open the pot and you’re ready to serve the apple dumplings, with a scoop of ice cream, of course! This dessert was so simple and tasted amazing. We may have made it three times in three days. But don’t tell anyone, K? What I love about this recipe is that it makes a small batch and is ready in 30 minutes. Dangerously easy, right? 🙂 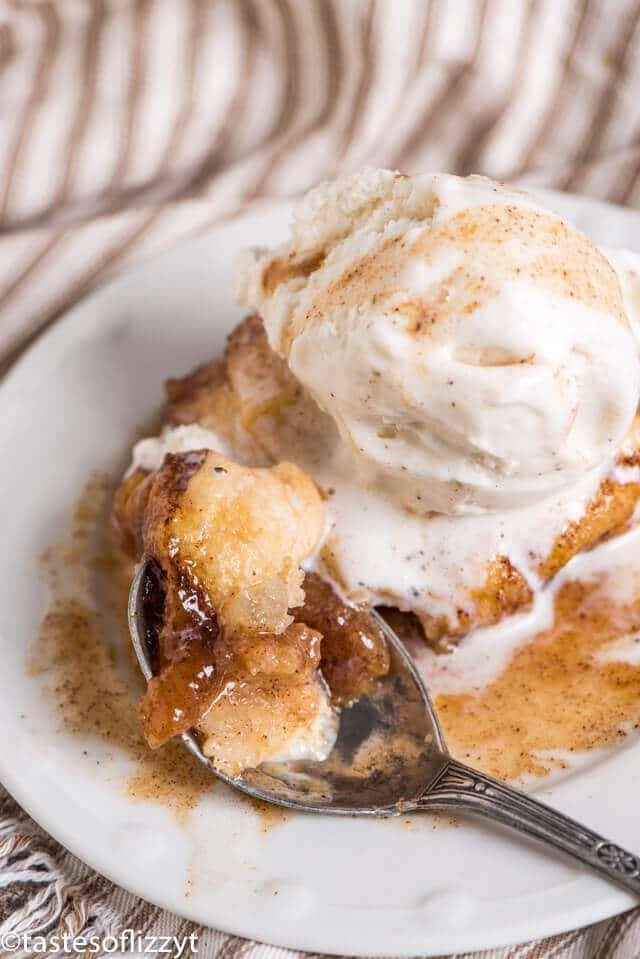 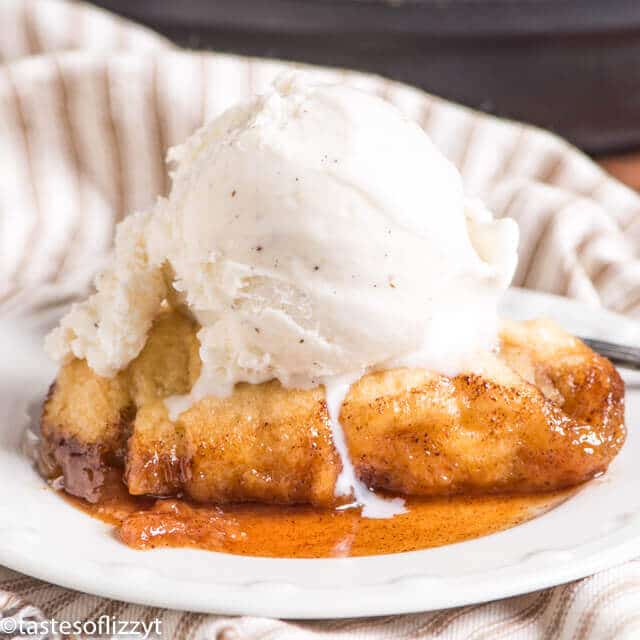 Granny Smith apples work best since they are nice and tart. If you're using another type of apple, you may want to decrease the sugar a bit. 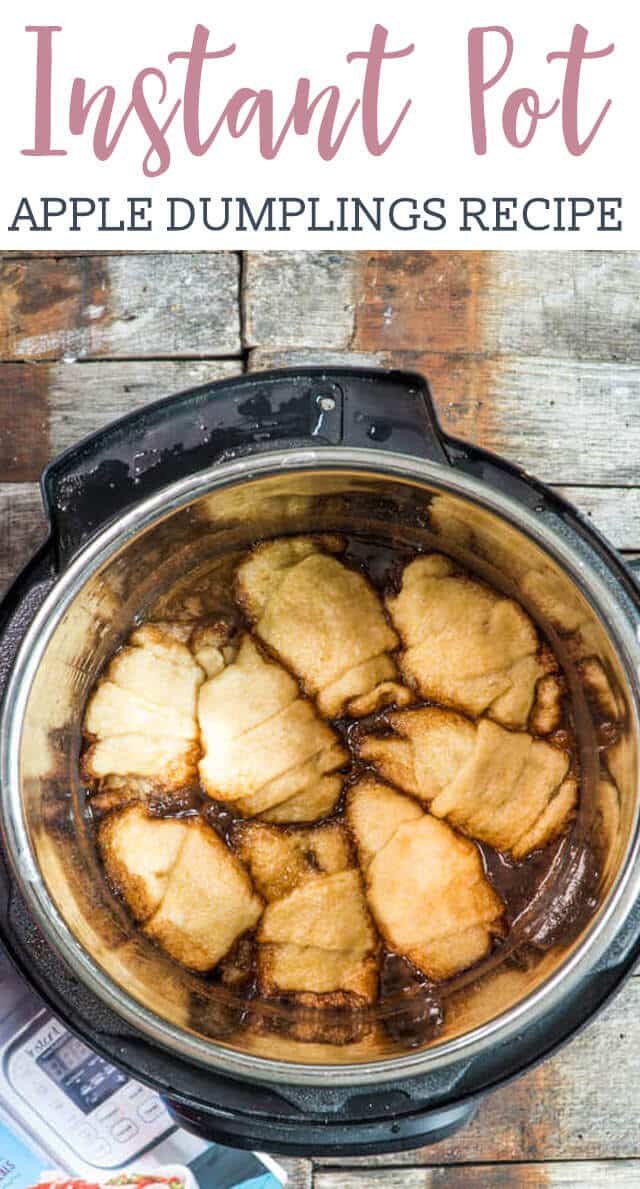 I don’t see how to enter to win the cookbook.

Excited to buy an instant pot to try out this delicious recipe!! What’s not to love, gooey warm sweet apples with dough and melty vanilla ice cream! I know I will have to double the recipe in my house! Thanks again Julie!!????

In the Instant Pot, I would definitely love to try this apple dumpling recipe.

At the end of a busy day these dumplings would be great! I would love to win the cookbook!

These look delicious, and it would be a great way to cook without having to use the oven that would heat up the house in the summertime!

I would love to make these! They look delicious!

The apple dumplings make me eager for fall to come!!

I would make these.

Your apple dumplings look like a good place to start. Thanks for the opportunity to enter
the giveaway for a cookbook. Can’t wait to see the recipes in it.

How strange!! That wasn’t showing when I first read the recipe. No way I could have missed that. HA!!

I would like to try a good beef roast.

I have been wanting an Instant Pot forever but waiting on the perfect sale. The first thing I want to make when I get one is Greek Yogurt. I know that sounds crazy but have seen the prices for a large container of Greek Yogurt??? 🙂

I have four adult daughters and have been buying an Instant pot for each one of them for a Christmas gift as funds become available. Then, I must get one for me as my kitchen is due to be remodeled over the winter and this looks like a good alternative to eating out. Thank you for the apple dumpling recipe. I made five copies to place one in their Christmas card (one for me). I hope I win the cookbook (for me) but if I don’t I plan on using the link to purchase one for my Kindle.

I own the Instant Pot, and I enjoy using it. I have used the pressure cooker, and the slow cooker method. I haven’t had use for the steamer method, yet. I am taking all my other appliances that the Instant Pot does and passing them on to my granddaughters. We are seniors so huge meals I leave to my daughters and don’t need all the extra hardware in my kitchen. The Instant Pot is the best answer to come along since sliced bread.

I just got my Instant Pot and I’m trying lots of new things, but I would love to have a recipe book to expand my thoughts. So far, I’m loving it. Can’t believe how awesome it is to make eggs so quickly and perfectly, awesome rice, chile colorado. I’m getting ready to make my daughter’s favorite creme brulee. It’s so fun.

Excited to start using my instant pot for warm, comfort foods this fall! But, first I’m going to try corn on the cob!

I would make these Apple Dumplings. They look delicious.

The Apple Dumplings that you made look so tasty. Sounds like there are wonderful recipes in this cookbook.????

Forgot to say that I would like to make the pot roast.

Getting my InstaPot in September!! I can’t wait to try roast, meatloaf, some super quick soups for my Wednesday night bible study class!! (possibilities are endless i’m sure)

I do not have an Instant Pot and would love one. I think it would be a great time saver. Your apple dumplings looks yummy!

I definitely want to try this, looks delicious!

We’d make a version of these with peaches!