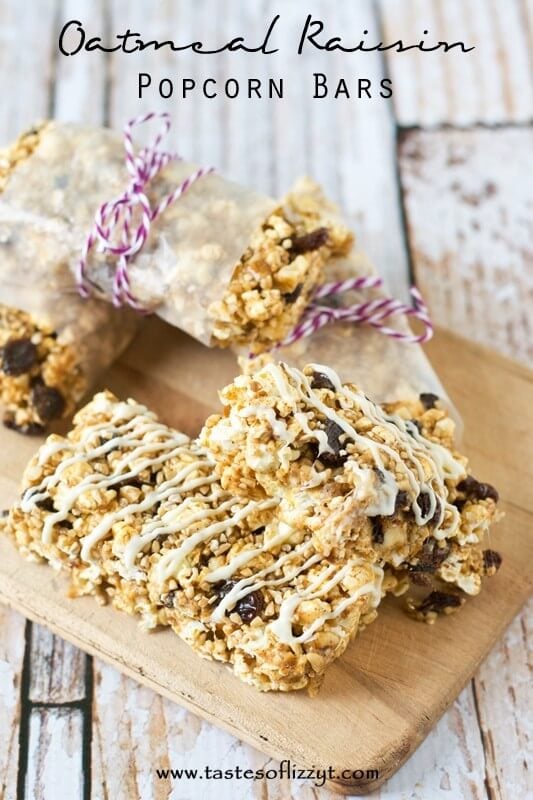 Are you kids “snackers”? My three angels have always loved their snacks. When they were toddlers, I looked forward to snack time, too. Snack time meant happiness in our house. It didn’t matter if the precious little two-year-old was having a terrible, rotten, fussy day. As soon as I pulled out our standard toddler snack of graham crackers and apple juice, all was peaceful, even if just for 20 minutes or so. On special occasions, I’d give them a package of fruit snacks. I can remember Maddie playing with her “Finding Nemo” themed fruit snacks for a good hour at the table. She’d have those little gummy fishies swimming all over the place! 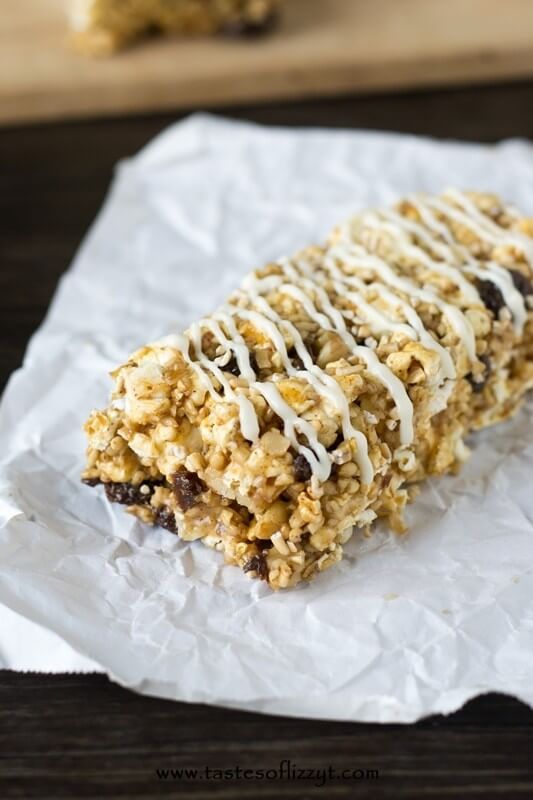 We’re past the stage of me handing out snacks at set times of the day, but my kids still love their snack time.  Lately their favorite snack is popping up a bag of microwave popcorn.  Those popcorn snacks got me in the mood for making some popcorn bars. This time of year always has me craving cinnamon. And that’s how these Oatmeal Raisin Popcorn Bars came to be! 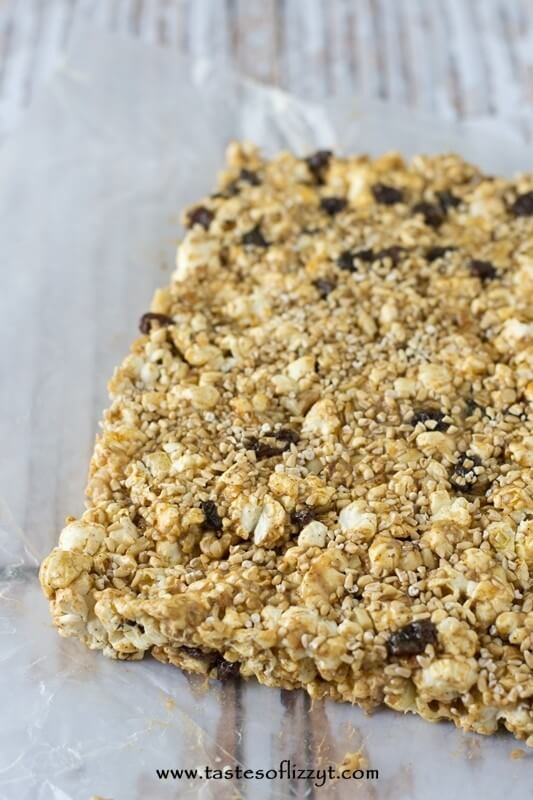 As soon as I tasted the buttery, sweet, cinnamon flavor paired with the slightly salty popcorn and crunchy steel cut oats, I fell in love. These popcorn bars will literally melt in your mouth. Matt and I worked together creating these. He’s the genius mind behind many of our best recipes. It’s embarrssing to say how many of these popcorn bars we put down in the name of “sampling the recipe to see if it is blog-worthy”.  It’s  a hard job, ya know?  The kids were hooked, too, which was actually a good thing so that Matt and I didn’t eat the whole pan. 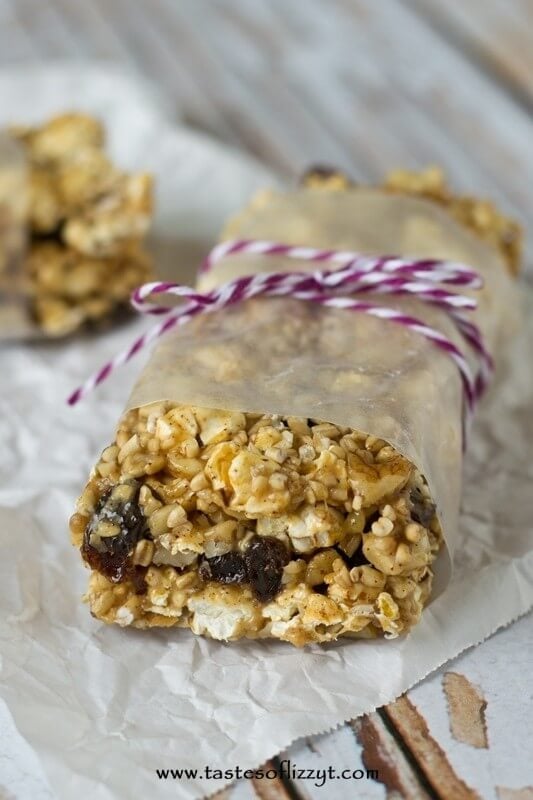 You’ll need just under 30 minutes to make these snack bars. Popcorn, walnuts, raisins and oatmeal are the main ingredients that make up these bars.  I used steel cut oats, but you can use regular old-fashioned or quick cooking oats, too. Each kind will give you just a bit of a different texture, but any will work. I liked the steel cut oats because it gave them more of a nutty flavor and crunchy texture.

By pouring a mixture of honey, molasses, cinnamon, vanilla and butter over the freshly popped popcorn mixture, that cinnamon flavor that you love will soak in to each and every bite.  Then you’ll make the “glue” that holds the popcorn snack together.  It’s just butter and marshmallows, the same mixture you’d make for rice krispie treats, but with a dash of cinnamon thrown in.

Press that gooey mixture into a 9×13 pan that you’ve lined with wax paper.  Sprinkle a few extra steel cut oats on top, then drizzle with white chocolate if you’d like. Try to eat just one of these cinnamon & raisin infused bars. I dare you. Popcorn snack time in our house will never be the same! 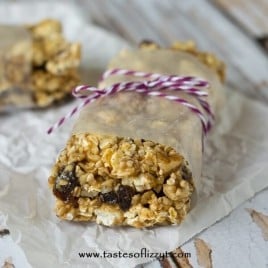 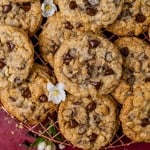 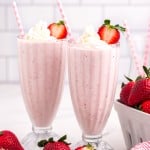 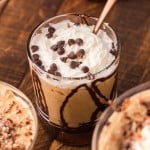 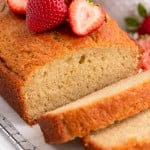