Who says popsicles are for kids? These cheesecake flavored, Greek yogurt popsicles are full of raspberries, graham cracker crumble and drizzled with white chocolate. 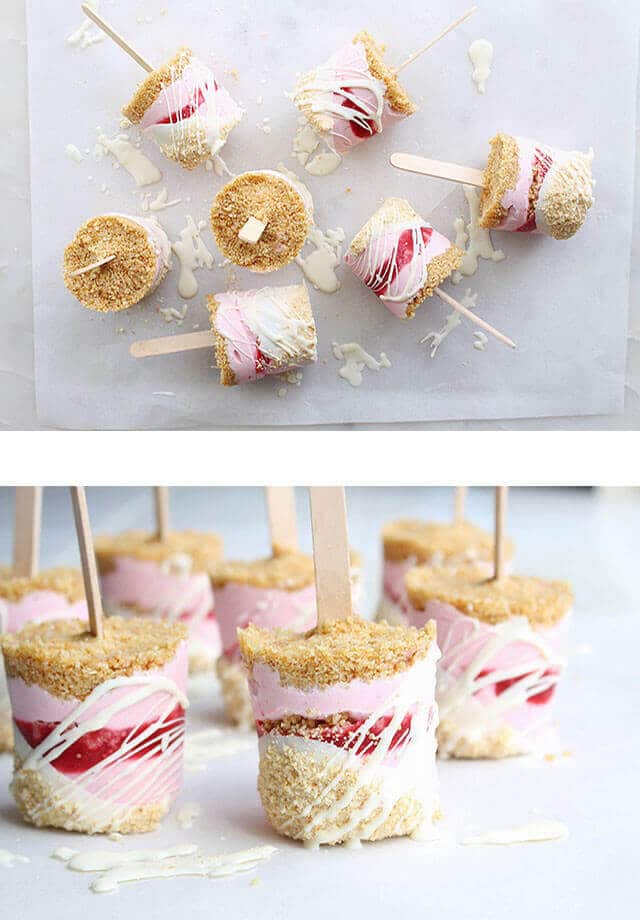 Why hello lovelies! Kristie here from The Sweet & Simple Kitchen and I am so excited to be sharing this recipe with you all today!

Okay, so I think I might be welcoming in the coming of summer a little bit early here with a Greek yogurt popsicle recipe, but what can I say? I just couldn’t help myself, because the weather in my Vancouver hood the past couple of weeks has been so uncharacteristically gorgeous! We have had sunny days, with crazy-town hot temperatures, and in the land of perpetual rain, that is basically unheard of for the time of year –  and I am absolutely loving it! 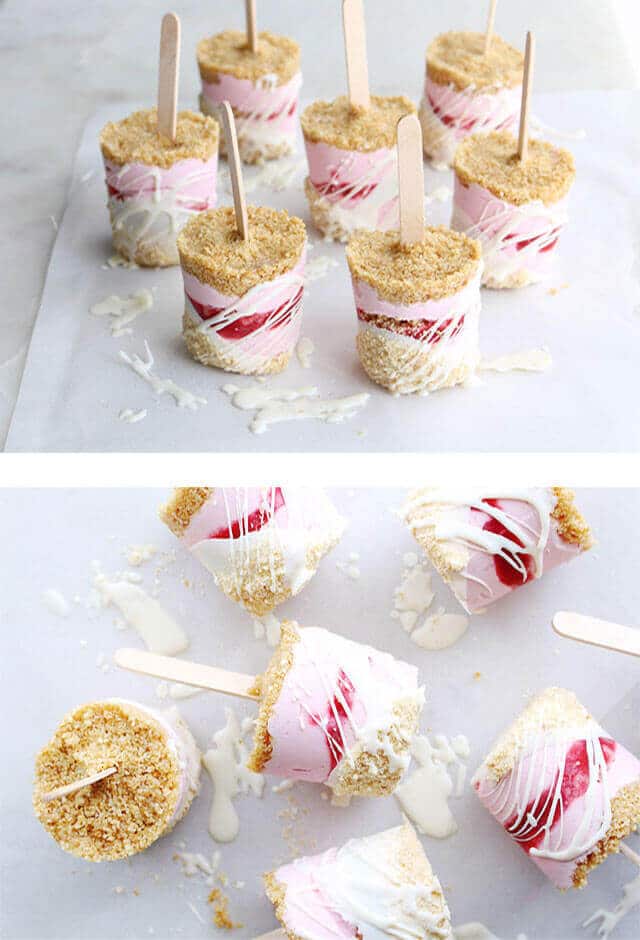 This past weekend temperatures soared and we were all scrambling to find a way to beat the unexpected heat. In other words, we were in serious need of some kind of delicious, freezing cold treats to aid our current situation.

Now I don’t know about you, but when it’s hot out, I crave light, fruity flavours the most, so It was only natural that I found myself craving Greek yogurt popsicles with a some sort of berry theme.

So I peeked in my refrigerator for some inspiration, which, after a week of preparation for our weekly farmers market, basically looked as though it had been raided by a very hungry bear, and was down to the absolute bare minimum; However, I did manage to wrangle up a small package of raspberries, half of a lemon, a lonely package of cream cheese, and an almost empty container of Greek yogurt from my seemingly empty fridge.

I mean, what else was a girl to do with these random remaining ingredients, but whip up a batch of on the fly White Chocolate Raspberry Greek Yogurt Popsicles…? I essentially had no choice in the matter, right?

Now, I don’t make homemade popsicles that often, so I really had no idea how these pops were going to turn out. In all honesty I was pretty much expecting a popsicle fail of epic proportions; But despite my lack of confidence they turned out better than I could have imagined!

Not only are they just downright adorable on the outside – but they are also so super delicious! 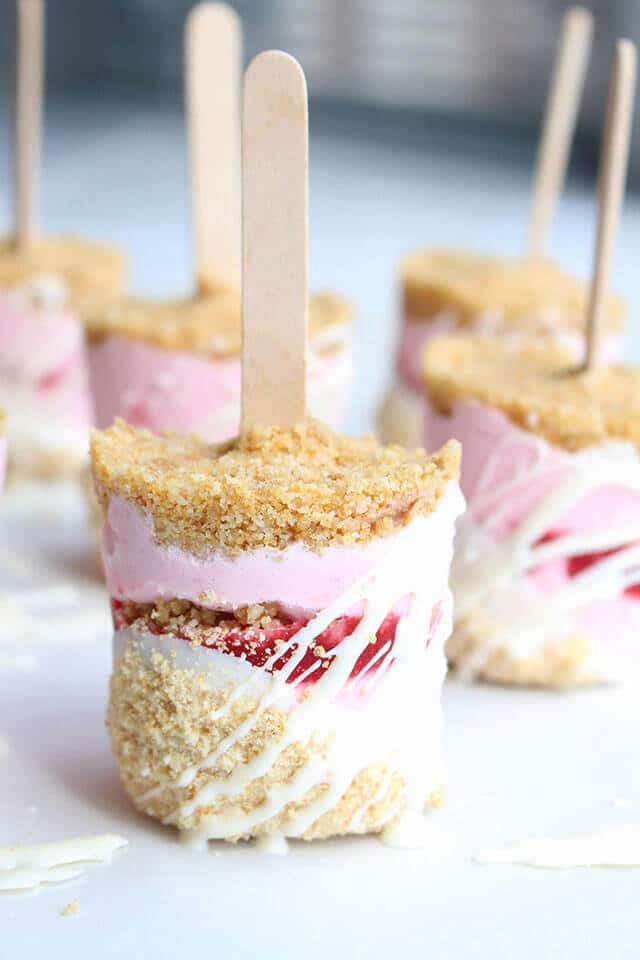 Okay, okay so I might be a little biased about this flavour combo, seeing as how white chocolate raspberry cheesecake is hands down my favourite cheesecake flavour – but honestly, these Greek yogurt popsicles are da’ bomb!

The flavour combination of the cream cheese, with the Greek yogurt, raspberries, graham cracker crumble, and white chocolate coating truly makes these pops taste just like you are biting into a slice of delicious frozen white chocolate raspberry cheesecake… Honestly, need I say more?

I think not – but before I get right down to this recipe, I just wanted to make a note that if you aren’t a white chocolate person, just omit this last step from the recipe and enjoy the pops without it – they are still super delicious!

So here is the Greek yogurt popsicle recipe friends and I hope you enjoy! Thank you for popping by to check out the recipe xoxo! 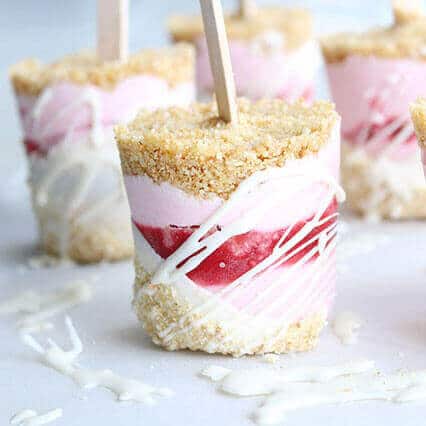 ***Tip: The white chocolate hardens onto the pop very quickly, so you want to try your best to dip into the garnish quickly so it will stick to the white chocolate nicely. Once all your pops have been dipped, drizzle any remaining white chocolate onto the opposite side of the pop that you dipped to give it that drizzled look, as you see in my pictures. Place back in the freezer until ready to serve. 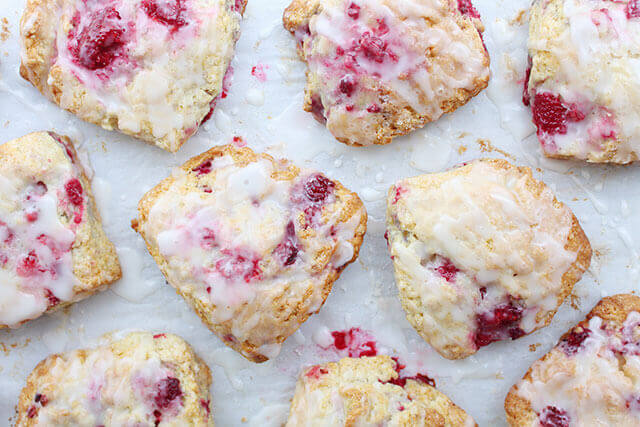 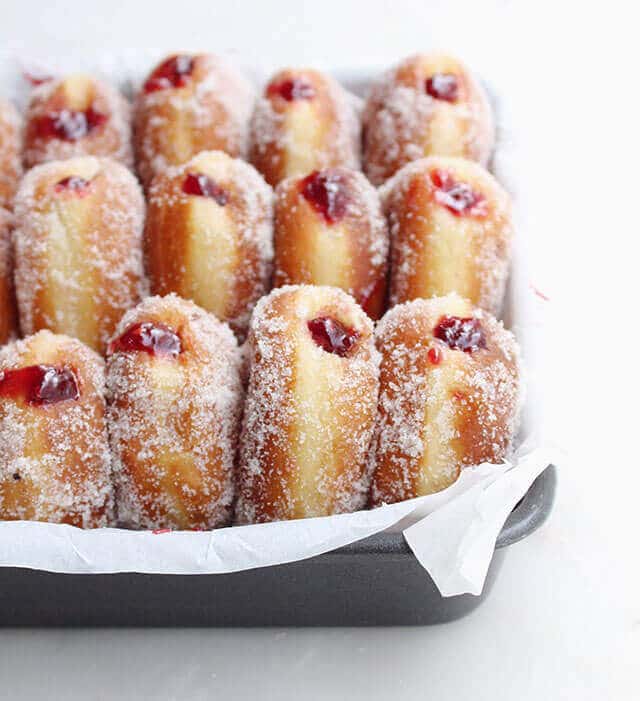 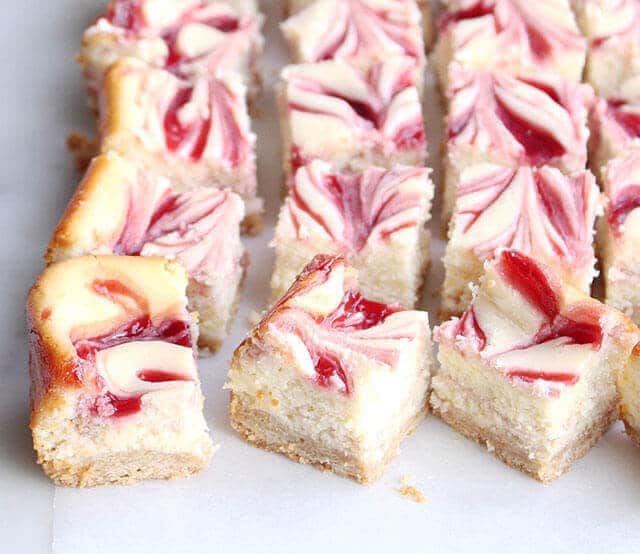