Chocolate Chip Funny Cake Pie is an old recipe with timeless appeal. Chocolate fudge is topped with a soft, buttery cake and bakes inside a pie shell. Top with ice cream for a delicious pie a la mode. 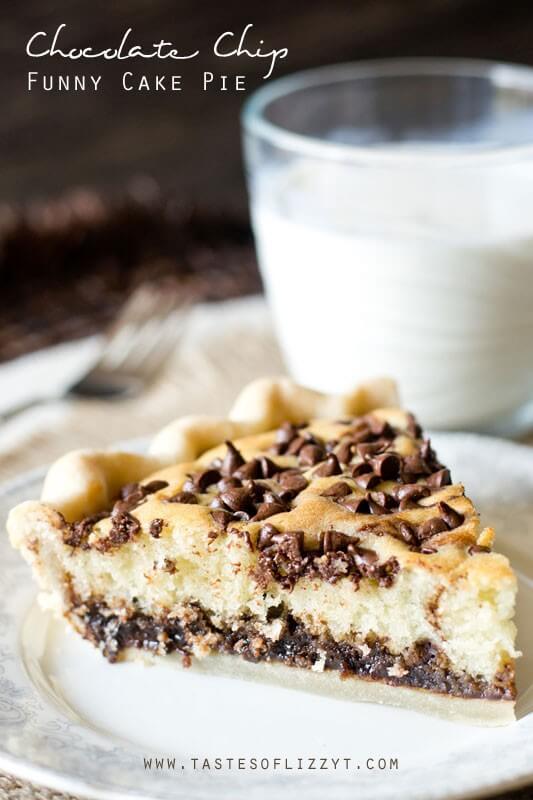 Last Saturday, I ran my first half marathon. Wahoo! Running 13.1 miles was a little harder than I thought, but it was definitely worth it. You can’t have pie without ice cream, you can’t have ice cream without pie, and you can’t finish a long run and not have both. Pie is probably my favorite dessert, but when it’s warm, with a big scoop of ice cream on top, it’s even better! In my opinion, it’s the best way to get your strength back after a run. But it doesn’t matter why you’re eating it, because I’m here to tell you that this Chocolate chip funny cake pie is the best with some wonderful ice cream on top.

If you run like me and my mom, you’ll understand;)

Where did Funny Cake Pie come from?

So where in the world did we get the name “Funny cake pie?” Well, as much as I’d like to take credit for it, I can’t. We came across it in an old Mennonite cookbook, being drawn in by the name. I wondered why they called it that though. Was it because it’s like cake, but in a pie crust, and it’s just weird? Or maybe while they were making it, they were making funny jokes? I’ve read that it is probably based on the method in which you make the pie. Some funny cake pie recipes call for the following layers: pie crust, cake batter, chocolate. Then when the pie bakes, the chocolate falls beneath the cake and ends up being right above the pie crust. You can make it that way if you’d like, but we make the cake pie with the chocolate starting just above the crust.

If you have time, I highly recommend a homemade pie crust for this pie. Buttery, flaky, delicious. If you’d like a shortcut, simply purchase a store-bought refrigerated pie crust to make this cake pie in. This crust in the picture is just our traditional pie crust recipe. If you’ve never tried it, you need to! This pie crust is simply perfection. Just place into a pie pan and crimp the edges, just like a normal pie. 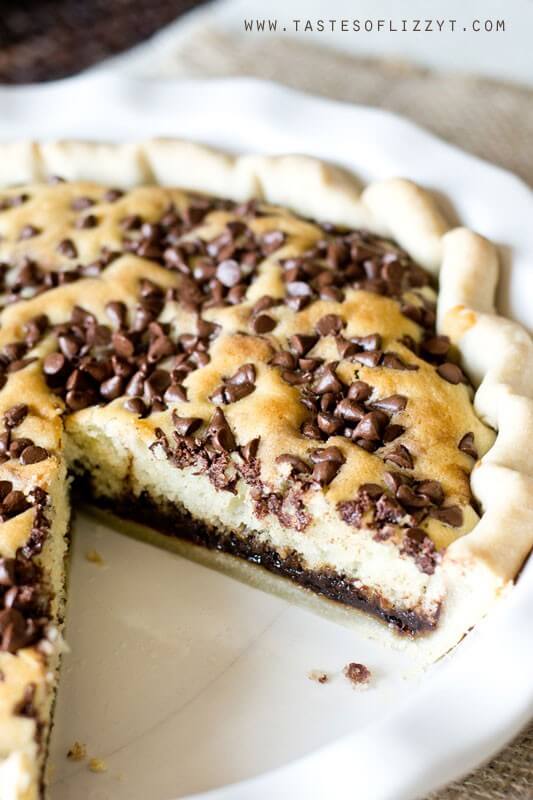 How to Make Funny Cake Pie

Oh yes, and the ice cream. Use vanilla, chocolate, or whatever you think is best. There you have it! The Funny Cake Pie 😉 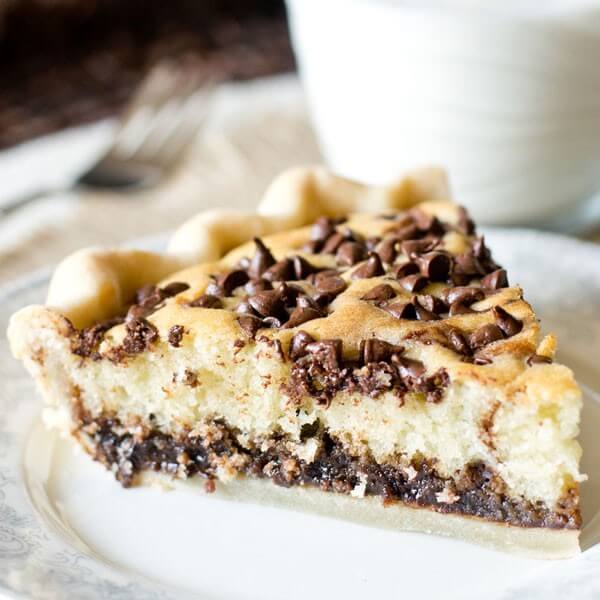 Did you know that in traditional funny cake recipes, you put the cake batter in first and then pour the fudge sauce on top? I think that’s the “funny” part: the fudge sauce sinks down through the cake and leaves a crackly chocolate coating on top.

I really enjoyed this recipe! My daughter called it muffin pie she thought it tasted like chocolate chip muffin. I might have done something wrong since i made my own baking powder. I had ran out if mine

I made this for my husband and it was a big hit! I’m making it for the second time tonight. Very easy to make and tasty with vanilla ice cream.

1
Reply
June @ How to Philosophize with Cake

Funny cake–now that is interesting! This chocolate chip variation sounds awesome, I’d totally try a slice of this 🙂

Baked this tonight for Thanksgiving. Cant’t wait to slice it up! Smells wonderful.

I noticed that 1/2 tsp vanilla is listed in the Top Part ingredients, however in the directions it doesn’t state when to mix that in (no mention of it). I only see mention of adding vanilla for the Bottom Part. Do I cream it in with the butter, sugar and egg? Thanks in advance!

Can self rising flour be used instead of all purpose? I’ve always used self rising for everything when baking and it all turns out just fine. What’s the difference?

What can I use instead of egg so that doesn’t alter the taste of the recipie . Thank you

This recipe is outstanding! They is only 2 of us, so I half the recipe and put into 2 individual piecrust tins. But next time I’m going to make the whole recipe of the fudge chocolate layer. When you half it, it does not seem enough. Posted this recipe on my Facebook page so my friends can feel the love, as well.

Not a fan of this, it wasn’t really a pie or a cake. Tasted more like a runny muffin.

This recipe turned out really well. I used the recipe for the pie crust. Ya’Lloyd solved a long standing problem for my family on why our crust never turned out tasty. We were using all purpose flour, the protein contents is higher than pastry flour. I searched all over tar nation for pastry flour, found myself at the local Mennonite store, should had started there first. We all know they know how to bake! This recipe was delicious. It made my wife’s 30th Birthday special. She could not decide between a cake nor a pie, I Googled cake pie and… Read more »