Home » Peanut Butter S’more Bars
This post may contain affiliate links which won’t change your price but will share some commission.
JUMP TO RECIPE PRINT RECIPE 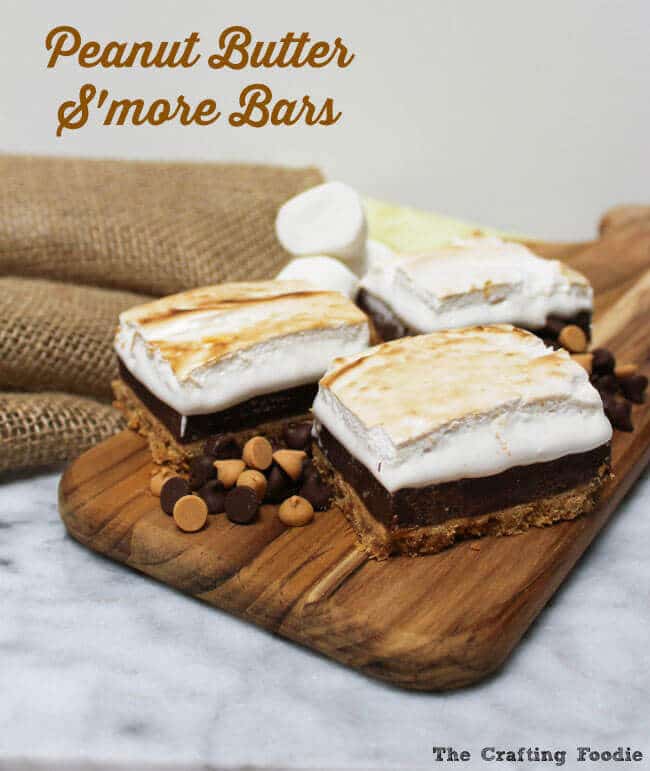 A few weeks ago I made these Peanut Butter S’mores Cookies, and they were a huge hit. Who can resist peanut butter, chocolate, and marshmallows? Definitely not me. I think I ate almost a dozen myself 🙂 Because of my slight obsession with tweaking recipes, I’m always looking for ways to make a recipe even better. While I loved the cookies, I felt like there just wasn’t enough marshmallow in the cookie. I wanted a fluffy, light, marshmallow topping to accompany the rich peanut butter and fudgy chocolate. So in an attempt to get that marshmallow-goodness, I made these Peanut Butter S’more Bars. 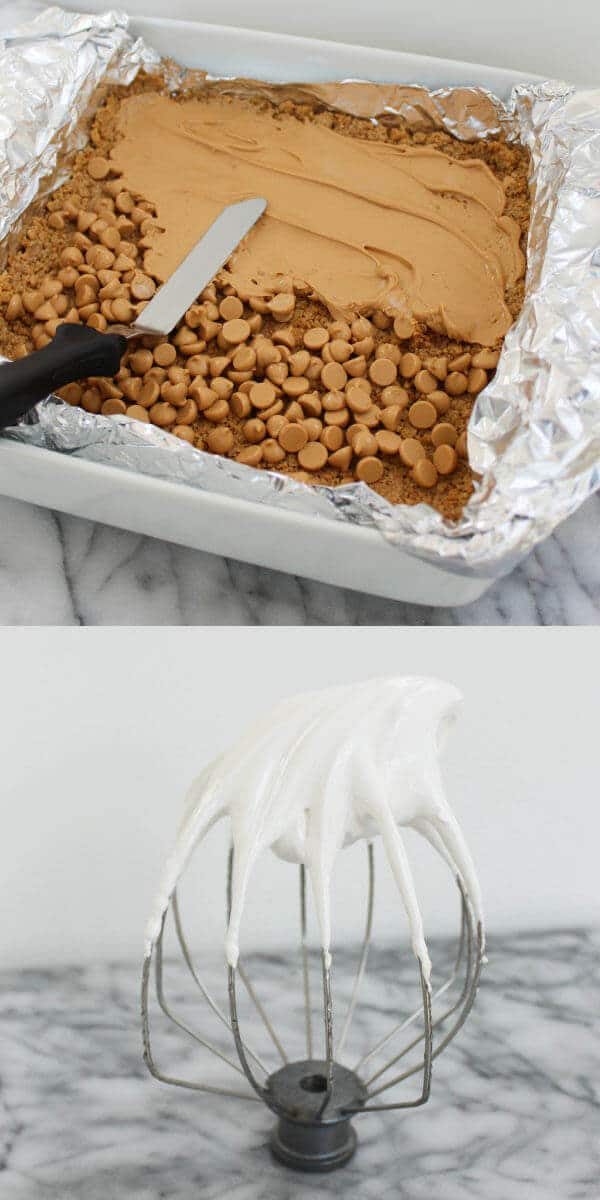 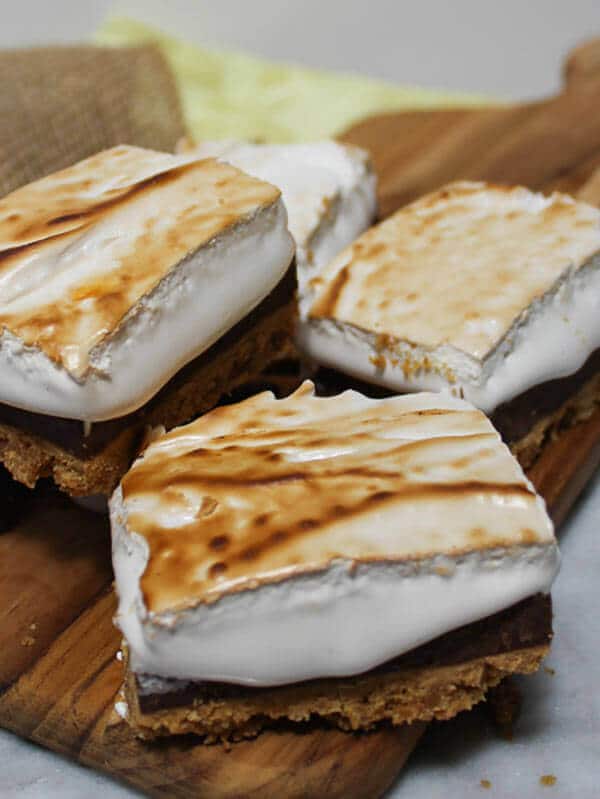 And when you put the tray of Peanut Butter S’more Bars under the broiler, you get a beautifully browned, crisp marshmallow topping on the outside and a gooey, melty inside. It’s the perfect s’more treat! 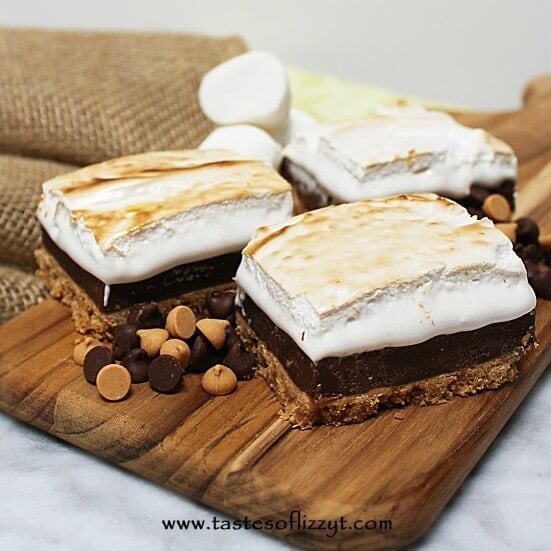 For the Peanut Butter Layer:

For the Chocolate Filling:

For the Marshmallow Topping:

Wow! Looks so delicious! And it seems to be preaty simple to make! Great!