Cinnamon Buttercream Cookie Sandwiches… You’ll fall in love with these soft, cinnamon cookies with a melt-in-your-mouth cinnamon buttercream stuffed inside. Make these bite size or make them bigger, but just be sure to make them! 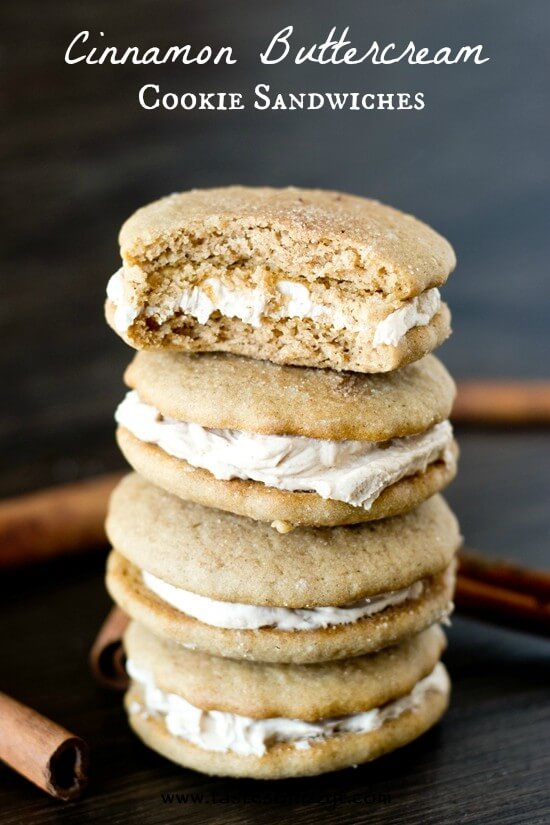 These cinnamon buttercream cookie sandwiches were another of our recipe experiments from our Amish cookbook. When I saw the recipe, I knew it sounded good, but these turned out nothing like what I thought they’d be. You see, I’m all into rich, sweet cookies, with lots of melty chocolate and maybe some gooey caramel or crunchy nuts inside. So when these plain, simple cookies came out of the oven, I just wasn’t sure I’d fall in love them with them. There wasn’t much of a wow-factor, you know?

But the taste, you guys. The taste is so good. Like, I can’t stop eating these, good.

The cookies themselves are super soft, thanks to the butter, brown sugar and heavy cream inside. But the cinnamon buttercream spread between the two cookies will make these cookie sandwiches completely melt in your mouth. They have the taste of a snickerdoodle, cupcake and whoopie pie all in one. 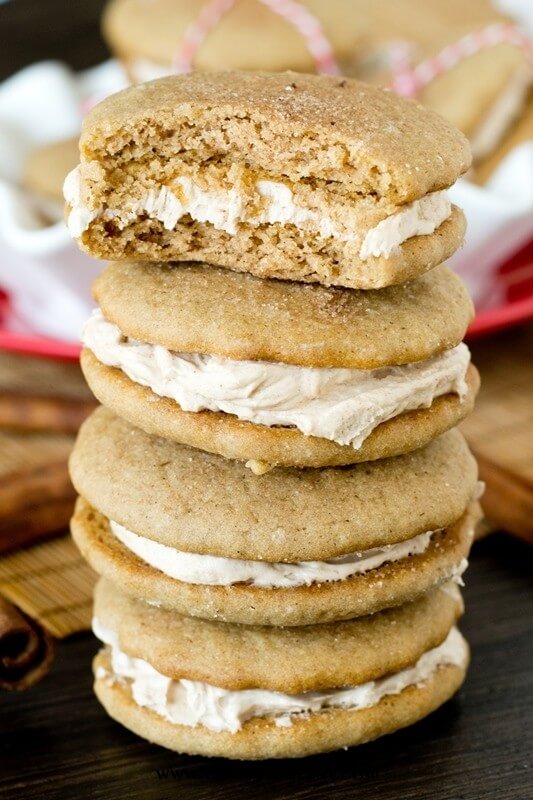 We made these cookie sandwiches big, about 3″ in diameter, which definitely made them more like a sweet sandwich. But you could always make them smaller and more bite-size. Just the thing to help you save some calories this Christmas season.

Just watch out…you may not be able to eat more than one! 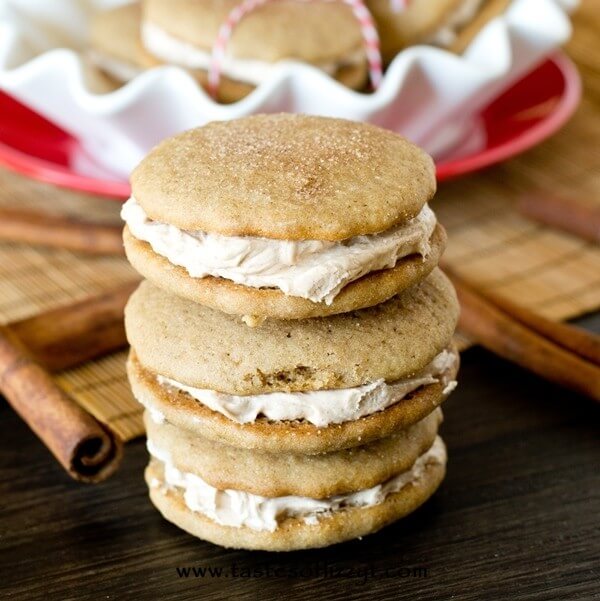