Home » Homemade Red Velvet Pudding
This post may contain affiliate links which won’t change your price but will share some commission.
JUMP TO RECIPE PRINT RECIPE 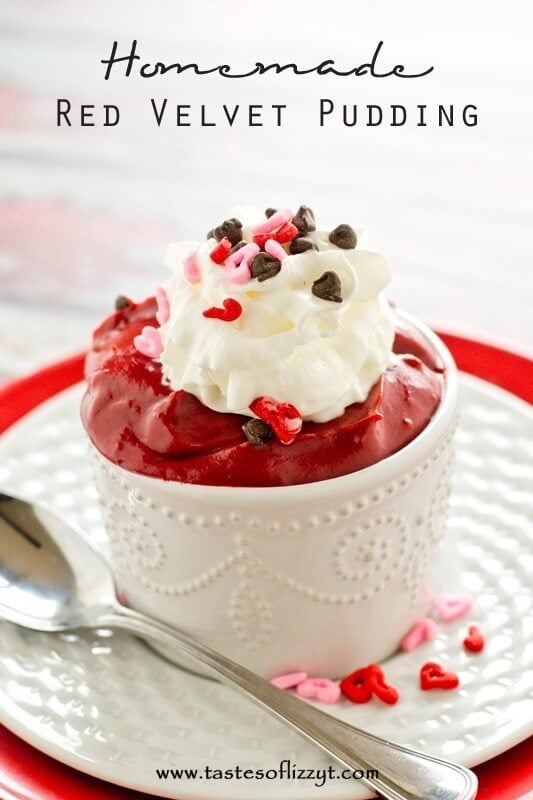 My dad loves all desserts, but there are a few special kinds that he absolutely loves. For instance, chocolate covered cherries. I made him a box of these little treats for Christmas, and he has already eaten quite a few. But when it comes to what dessert is his favorite, let me just tell you this: The night before we started our paleo eating? He chose to finish off the last little bit of this red velvet pudding instead of eating a chocolate covered cherry. With my help, of course:)

So we have a winner! Rich, smooth, and addicting homemade red velvet pudding. 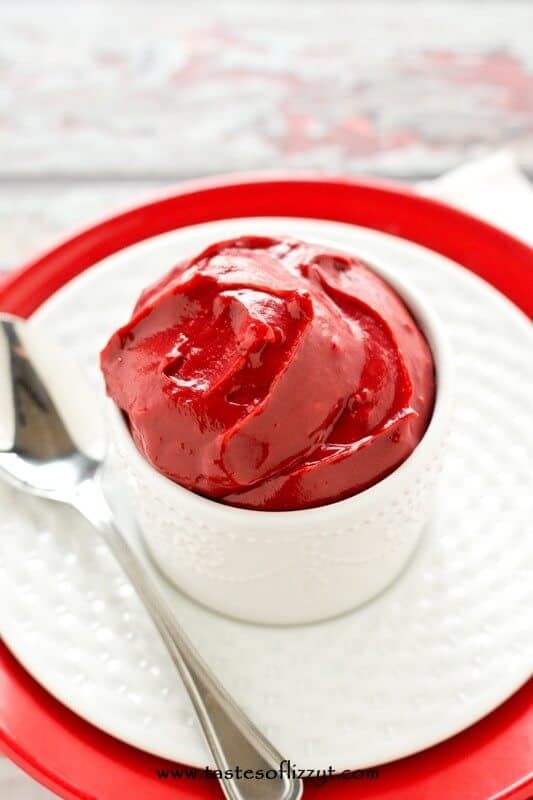 Making pudding from scratch is not as hard as it seems. I mean, for how many different flavors of boxed pudding there are, you’d think it was impossible!  But no, this recipe is far from impossible. And it’s made with ingredients that you probably have sitting in your pantry right now. So why shouldn’t you make it? It’s enough to have a nice serving while it’s warm and then hide it in the fridge before anyone knows it’s there.

This recipe is split into two parts. For the first part, all you have to do is combine some corn starch, flour, sugar and salt to make the basic homemade pudding mix. You won’t need all of this pudding mix for your pudding, so store it in an air tight container or Ziploc baggie and save it for another time. Don’t worry…we’ll have more recipes using this basic mix in the very near future. All you need for today’s recipe is 3/4 cup. 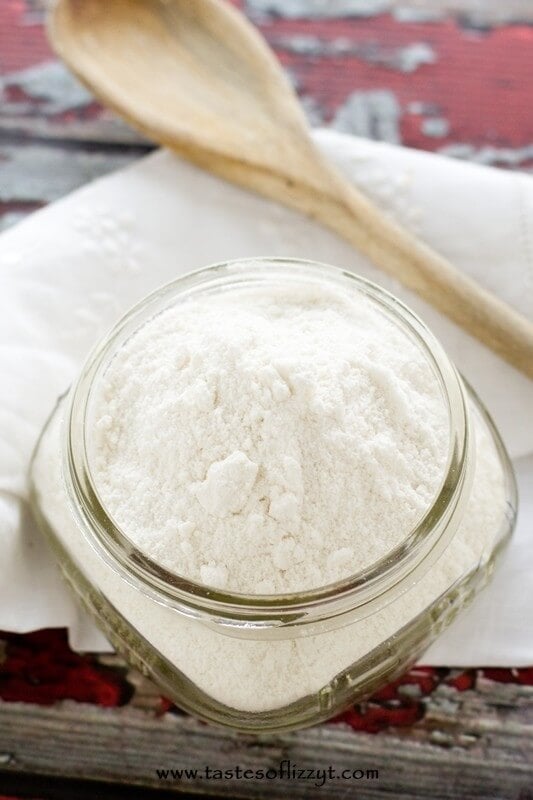 How to Make Homemade Pudding

The next part is equally as easy, it just takes a little more time. I’ll go through it step by step so you understand how to do it right:

– Put 2 1/2 cups of milk in a pan, and turn the heat on the stove to low. Allow the milk to get hot. Not boiling or burning, but steaming and hot. And also, it’s best if you use whole milk for this recipe. I’m sure it will still work if you use 2% or fat free, but you won’t get as creamy of a texture.

-While the milk is heating, take another bowl and mix together the other half cup of milk with the eggs, cocoa powder, pudding mix, and sugar. This mixture will be liquidy. Don’t forget to watch your milk that is on the stove. Stir it with a whisk occasionally and make sure it doesn’t burn!

-Add the cocoa mixture to the hot milk, and stir. Then add in the butter, vanilla, and red velvet flavoring

. We use LorAnn oils and emulsions. You can buy the red velvet here

-Keep stirring, and when the butter is melted, turn heat up just a bit to medium-low or medium. You’ll want to keep a close eye on this now, because it could burn easily. Stir it constantly!

-Before you know it, the pudding will start to thicken. I stirred mine for about 8 minutes before it was as thick as I wanted it.  When the pudding is at a thick consistency, turn off the heat and remove the pan from the burner. It will thicken a bit more as it sits. Once completely cool, store in a container in the fridge.

You can eat this warm, you can eat it cold. I tend to like it when has sat for a while and is nice and cold, but my dad eats it at any point, hot or cold. This pudding is something I’ll be making often, and would be a perfect treat for Valentine’s day coming up! 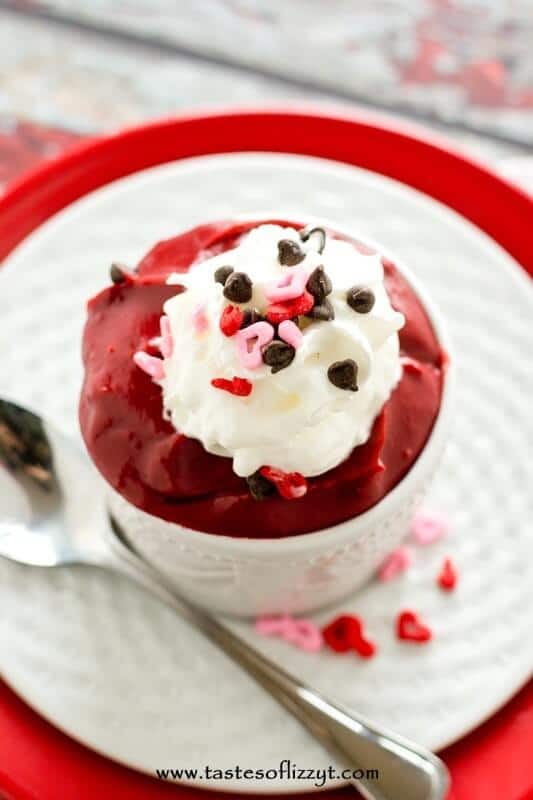 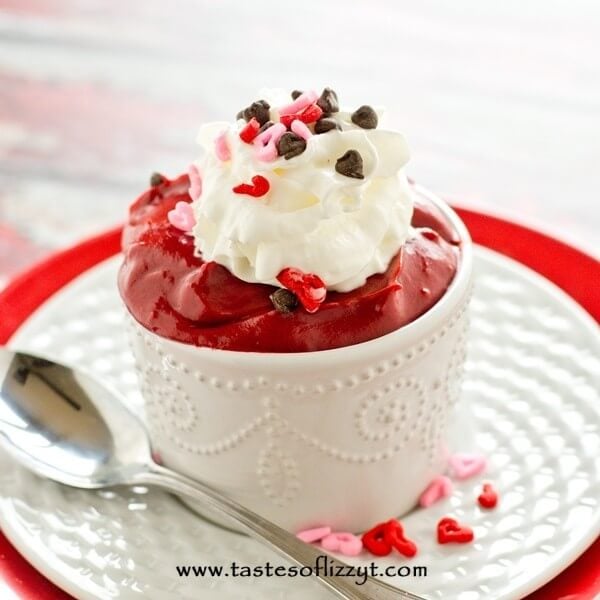 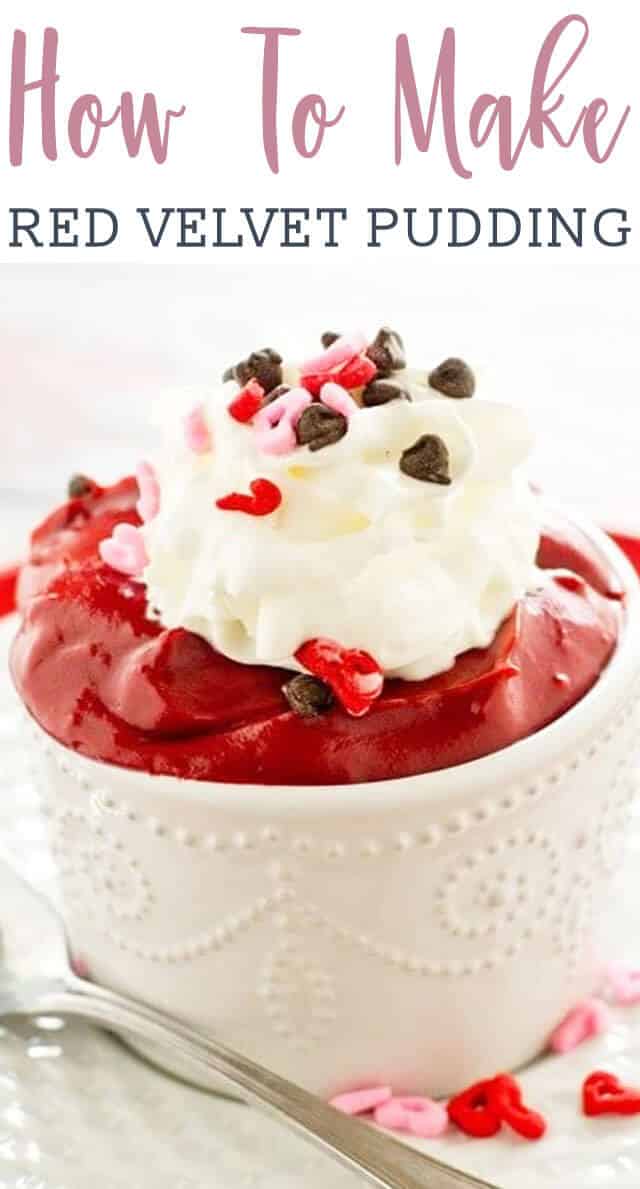 Wow! This pudding looks amazing! 🙂 I have a feeling that my red velvet loving husband would be in heaven if I made this for him.

I had no idea there even WAS red velvet flavoring!

Well, ladies, you’ve done it again! This looks amazing! Homemade pudding is still on my list of things to try making and you’ve definitely inspired me to get on it!

This definitely DOES look like Valentine’s Day in a cup! And it’s never too soon to start getting ready for my favorite holiday. 🙂

What a great idea! pinned!

What a fun twist on regular pudding!

I am so in love with this pudding 🙂

I’m also in love with this pudding…. it just makes me smile when I see it.. great recipe gals!!

Wow, what a gorgeous color!! I had no idea there is a red velvet flavoring…I have got to get some so I can try this pudding! 🙂

oh my gosh that pudding is gorgeous! I sure do love me some red velvet and this pudding is calling my name!

What a fun and pretty Valentine’s recipe!

I am a huge fan of LorAnn Emulsions – I have 2 bottles of the Red Velvet in my pantry right now! I soooo need to try this! 🙂

I am super impressed. I think this pudding looks fabulous with its vibrant red color! I will have to make this soon!

Wow! This is incredibly special- who wouldn’t want this for a luscious Valentine’s treat?? 🙂

What am I supposed to do with the rest of the pudding mix?

This pudding not only Looks Amazing, it Tastes Great.
It was so simple to make. I put milk in a pan on low and by the time I got the other ingredients mixed and ready the milk was just the right temperature. It didn’t take any time at all to thicken.
I can’t wait for more pudding recipes, like vanilla, butterscotch, etc. what do you have in mind, Ladies?
I live in Egypt and I can only get instant here.(yuck!)