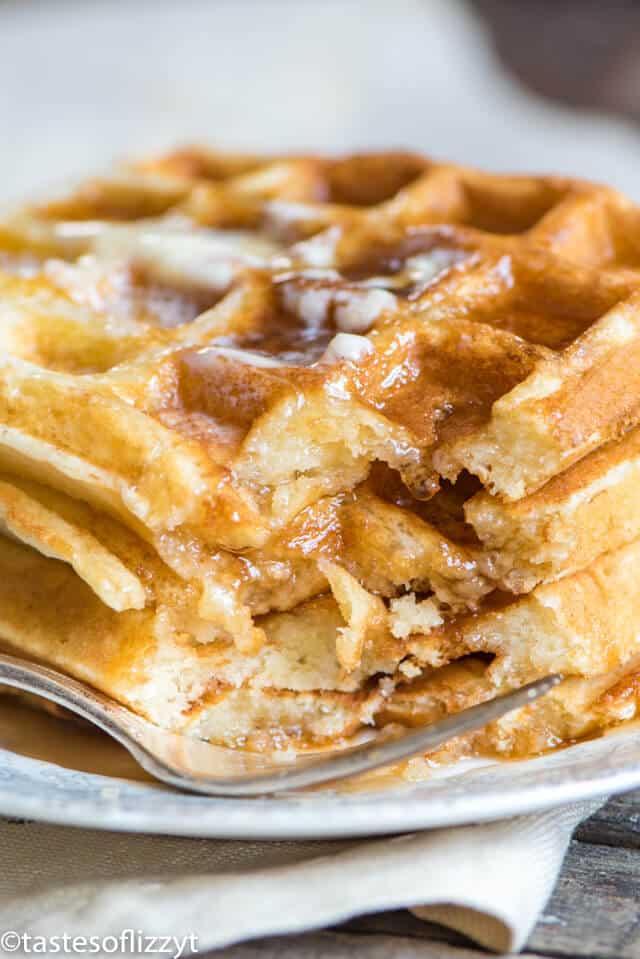 The best Belgian waffle recipe! How to make homemade waffles and freeze them for an easy breakfast on the go. You may also love our traditional pancake recipe. 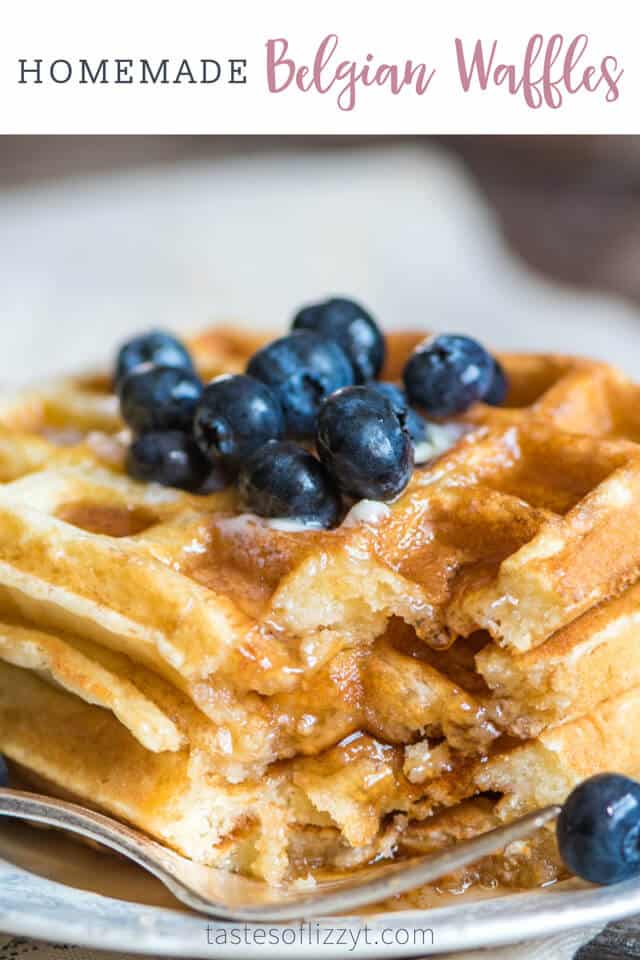 Breakfast never looked so good. Today we’re sharing our hints on making the best waffle recipe. You can spend a morning making a bunch of these fluffy waffles and freeze them for those busy mornings when you need to feed your family quickly.

What is the difference between a belgian waffle and a regular waffle? 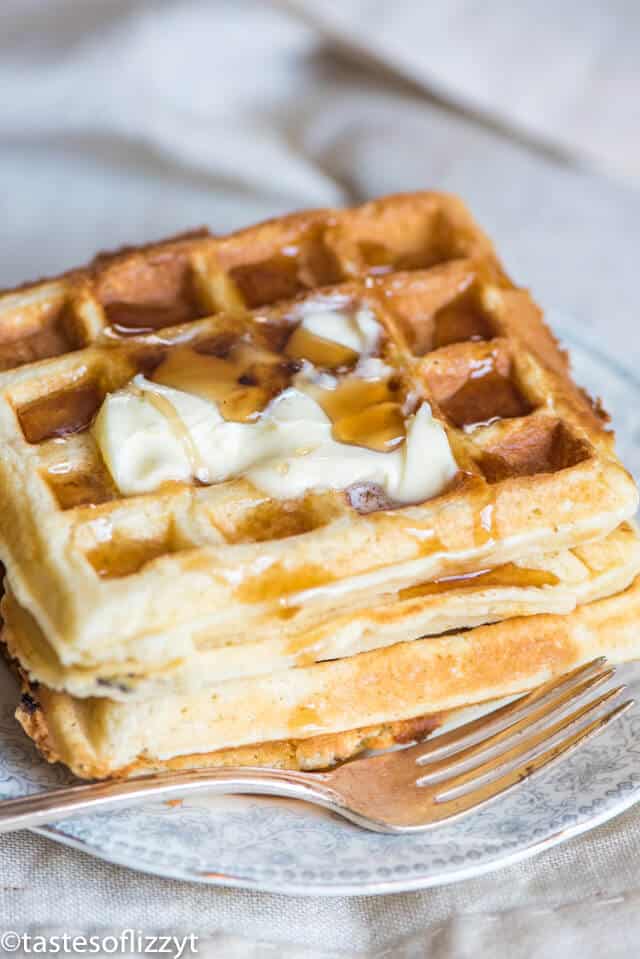 If you’ve never added ricotta to your waffles or pancakes, you’re missing out. Ricotta adds a richness and almost custard-like texture to your favorite breakfast and brunch treats. Don’t worry…you can’t taste the ricotta. My kids don’t love ricotta cheese, but they think these waffles are amazing! **We use whole milk ricotta. You can use part-skim if you’d like, but we prefer whole milk.** 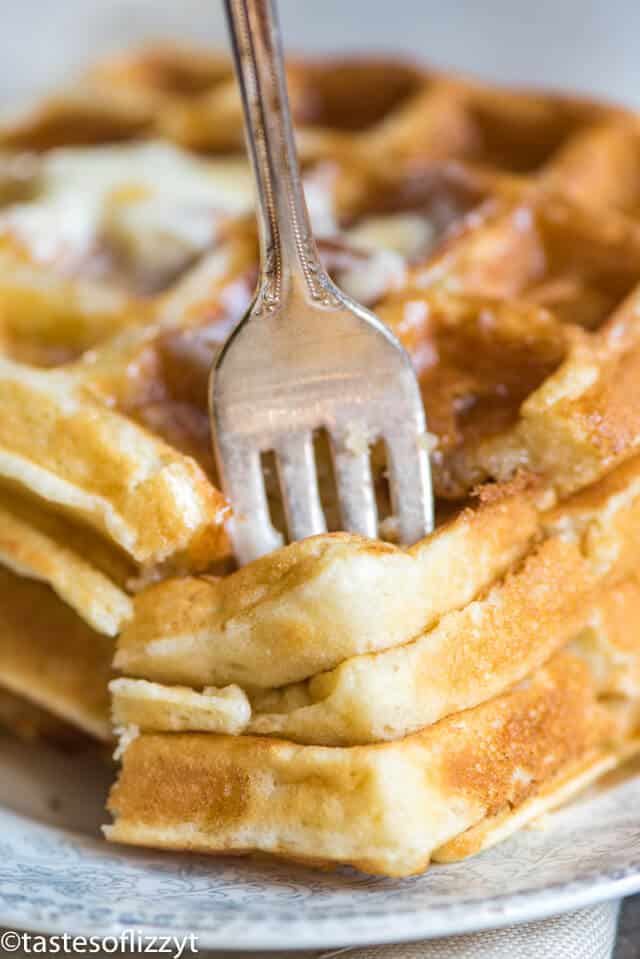 How do you make Belgian waffles?

Belgian waffles are fairly easy to mix up. There is one key step that you don’t want to take a shortcut on. That step is whipping the egg whites until they are frothy. You’ll need a stand mixer or hand mixer to whip the egg whites to have stiff peaks. Do this step first, then refrigerate them until you have the batter mixed up. After the batter is mixed, gently fold the egg whites in. Why do you have to do this? The frothed egg whites make the waffle batter lighter in texture and “fluffy”. We often do this for our homemade cakes, and the idea is just the same for waffles!

What do you put on Belgian waffles?

Maple syrup, butter and brown sugar are always good ideas. We’ve also done a pile of fresh fruit with a dollop of whipped cream on top. If you like fruit syrups, try our raspberry sauce and strawberry topping. Delicious!

Can you make homemade waffles and freeze them?

When you are ready to serve the waffles on a lazy weekend morning or busy school morning, pop the frozen waffles into the toaster and let them cook until they are warmed through and lightly crisped.

**Get a Belgian Waffle maker here.** 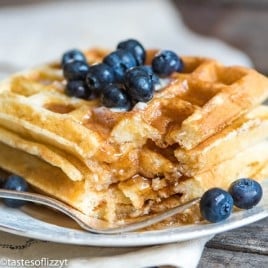 **This recipe makes about 5 ½ cups of batter. The exact yield depends on the size waffle maker you have. We have a waffle maker that makes 4" square waffles. This recipe made about 14 waffles.  **The calories shown are based on the recipe making 14 waffles, with 1 serving being 1 waffle. Since different brands of ingredients have different nutritional information, the calories shown are just an estimate. **We are not dietitians and recommend you seek a nutritionist for exact nutritional information.** 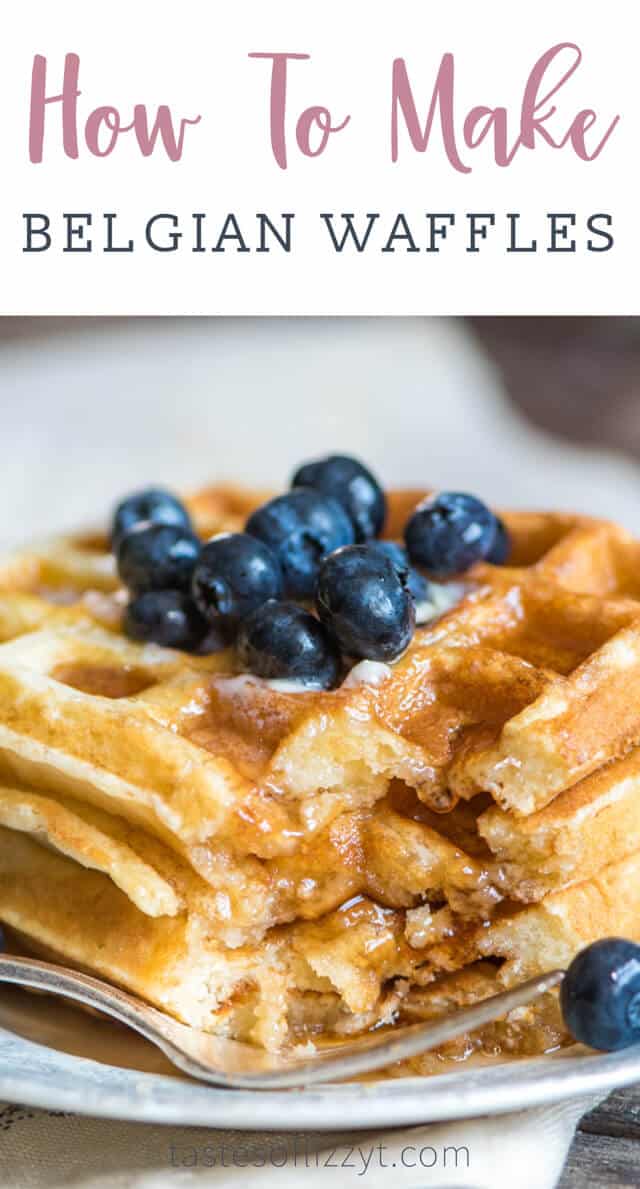 These sound and look wonderful