Home » Caramel Apple Cheesecake Bars
This post may contain affiliate links which won’t change your price but will share some commission.
JUMP TO RECIPE PRINT RECIPE

Caramel Apple Cheesecake Bars have layers of cheesecake, apple pie filling, and caramel and a brown sugar, nut and oat streusel topping. One of the best apple recipes for the fall apple picking season! 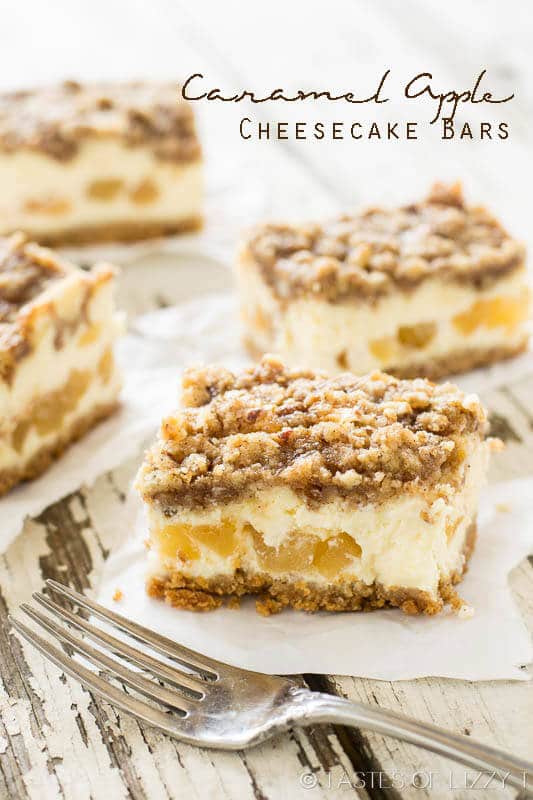 You all know how much I love cheesecake. I don’t get this decadent treat very much, and I rarely make cheesecake at home. However, when we are in a city near The Cheesecake Factory? We get cheesecake as often as we can. My go-to cheesecake usually has peanut butter and chocolate in it. But lately, the flavors of fall have been enticing me. I had to try our own version of the Dutch Apple Caramel Streusel Cheesecake from the Cheesecake Factory.

These Caramel Apple Cheesecake Bars were the answer.

I love making cheesecake in a bar form.  There’s something about a hand-held cheesecake that is just fun.

Plus, if you don’t actually put the cheesecake on a plate, I don’t think the calories ever count against you.  Anyone with me on this? 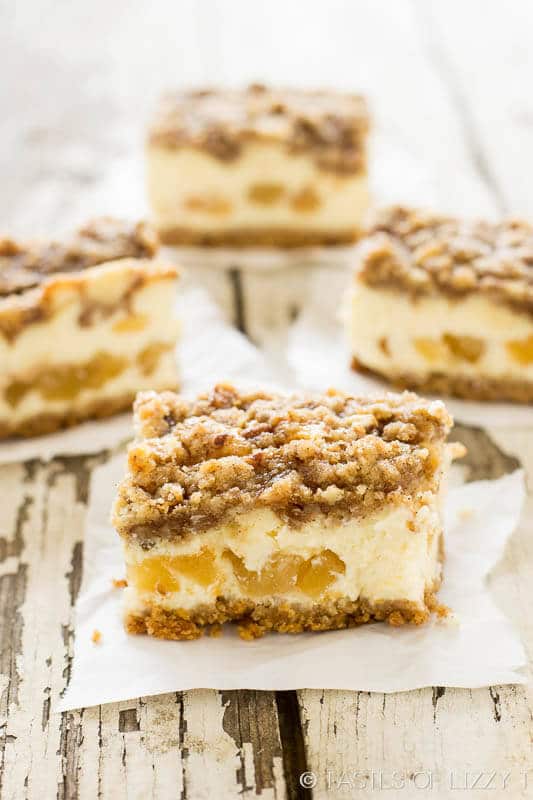 They have a cinnamon graham cracker crust.

The top of the cheesecake has caramel topping swirled into it. Just simply caramel ice cream topping will do.

Then comes what I think is the best part.  A streusel topping with brown sugar, cinnamon and chopped nuts. Baked into the top. 🙂

Streusel topping is one of my most favorite things.  And it makes everything better. 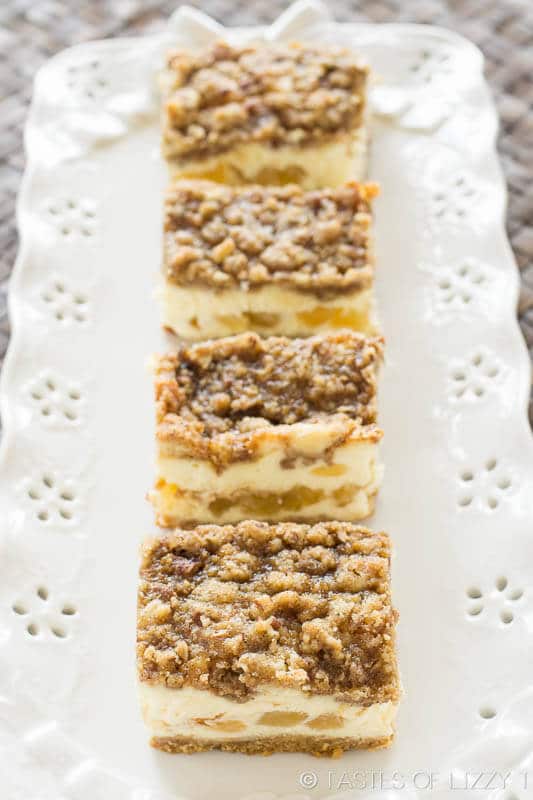 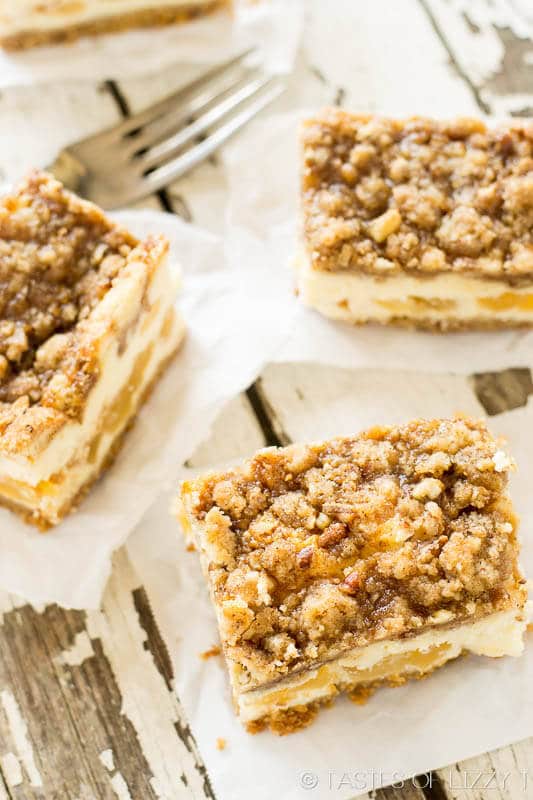 Definitely make a batch of caramel apple cheesecake bars this fall.  You won’t be disappointed!

Mine overflowed but nonetheless it was great. Will do again

Can this be made (and doubled) in a larger pan?