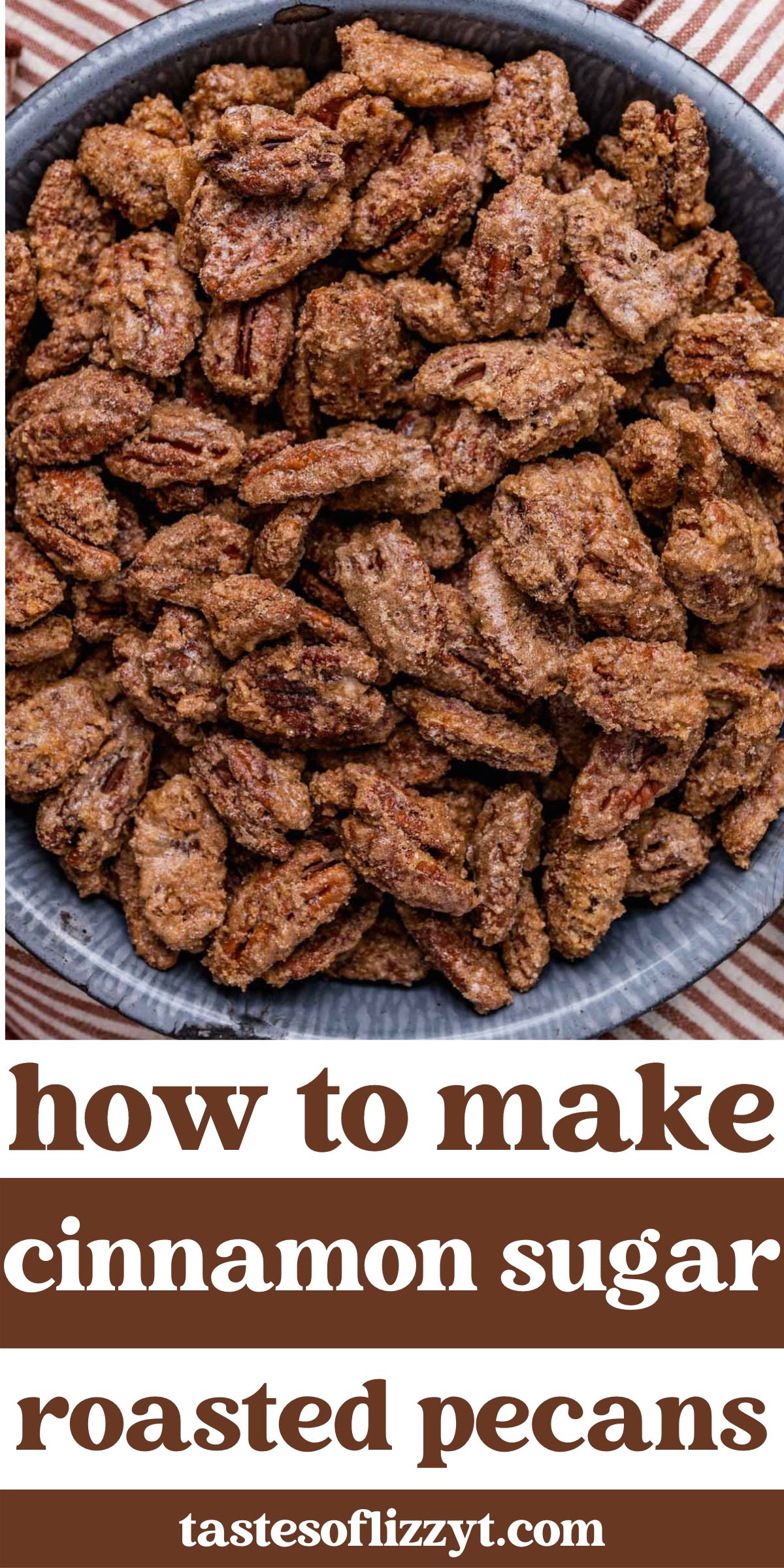 There’s nothing like the aroma of cinnamon sugar roasted pecans baking in your oven. Quick and easy, ready for the oven in just 5 minutes.

This is a recipe that I’ve been meaning to share ever since we started Tastes of Lizzy T. You see, Matt and I would go to a conference every year in Cincinnati, and at the convention center lobby, they’d be roasted candied pecans. The aroma would fill the entire three-story lobby.

Every year we would buy them and they quickly became a tradition for us. Although haven’t gone to the conference in years, we still enjoy cinnamon sugar roasted pecans during the holiday season. They make a great appetizer for Thanksgiving dinner, but also can be packaged as Christmas gifts.

Here are the simple ingredients:

This won’t take long to mix up so prepare in advance by preheating the oven to 250ºF and lining a large baking sheet with parchment paper (or line with a silicone baking mat).

Need to double or triple the recipe?

If you end up doubling or tripling the recipe, bake the cinnamon pecans in batches so that they bake evenly and do not get too crowded on the baking pan.

Can I use other nuts?

Yes! This works with any nut. Even peanuts. Peanuts end up tasting similar to honey roasted peanuts, which I love. As you can see, each nut roasts differently and will be slightly different in color.

Do you love sweet and spicy? Add a ¼ teaspoon cayenne pepper for a kick of spice. It adds a touch of savory that is unbeatable.

Store in an airtight container at room temperature. I’ve also stored the candied pecans in the freezer for up to 6 weeks.

How to Use Candied Pecans

Cinnamon roasted pecans are great just as a snack and for giving as a gift. But you can also add them to the top of sweet potato dishes and lettuce salads. They give a great sweet crunch.

You can also add them to the top of ice cream or even cinnamon rolls. 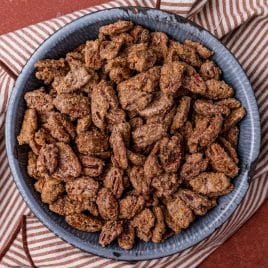 Refer to the article above for more tips and tricks. The calories shown are based on the recipe serving 12, with 1 serving being 1/12 of the nuts. Since different brands of ingredients have different nutritional information, the calories shown are just an estimate. **We are not dietitians and recommend you seek a nutritionist for exact nutritional information. The information in the nutrition box are calculated through a program and there is room for error. If you need an accurate count, I recommend running the ingredients through your favorite nutrition calculator.**

The roasted pecans are best when eaten within 2 weeks stored at room temperature. They can be frozen or refrigerated for up to 6 weeks.

Should the pecans be toasted before baking?

No, there is no need to toast the pecans before you add the cinnamon sugar coating. They’ll toast in the oven as they bake.

Why are my candied nuts sticky?

If the nuts are sticky, it could be because you didn’t froth the egg enough. It should be really frothy so that it lightly coats the nuts. Another possibility is that they just need to bake longer. Stir the nuts every 15 minutes so that all sides of the nuts get roasted. 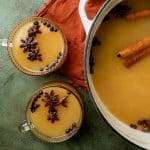 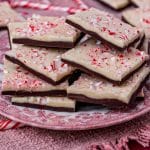 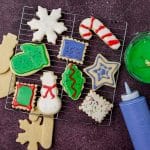