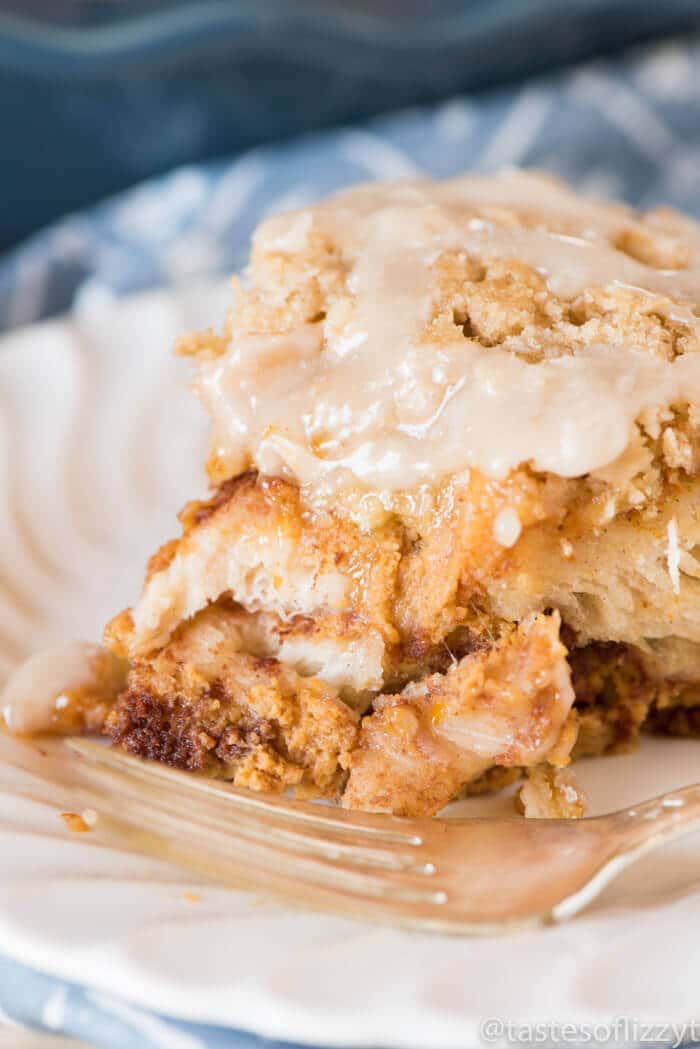 Last Saturday I woke up wanting to bake. It was our first Saturday with no cross-country meet (hands high for free Saturdays!) and no dance class. A morning at home with the whole family? It had been 2 months since this had happened. And it was our first fall, cool-morning Saturday. The kind where you feel like you want to turn on the oven and fill the house with pumpkin spice aroma.

This recipe had been brewing in my mind for a few days, but last Saturday morning was my recipe-testing day. I made three recipes of this pumpkin cinnamon roll bake within about 5 hours in order to perfect it just for you.

Wish you had been at our house that morning?

Our waistlines wish you would’ve been there, too. 😉

I love the delicious Annie’s Homegrown cinnamon rolls because they come in a package of 5. Since there are 5 people in our family, it’s perfect. They give us a small batch of freshly baked cinnamon rolls right when we need them on lazy Saturday mornings.

And when you feel like something a little extra special, you can take those refrigerated cinnamon rolls and turn them into fall-flavored comfort food. 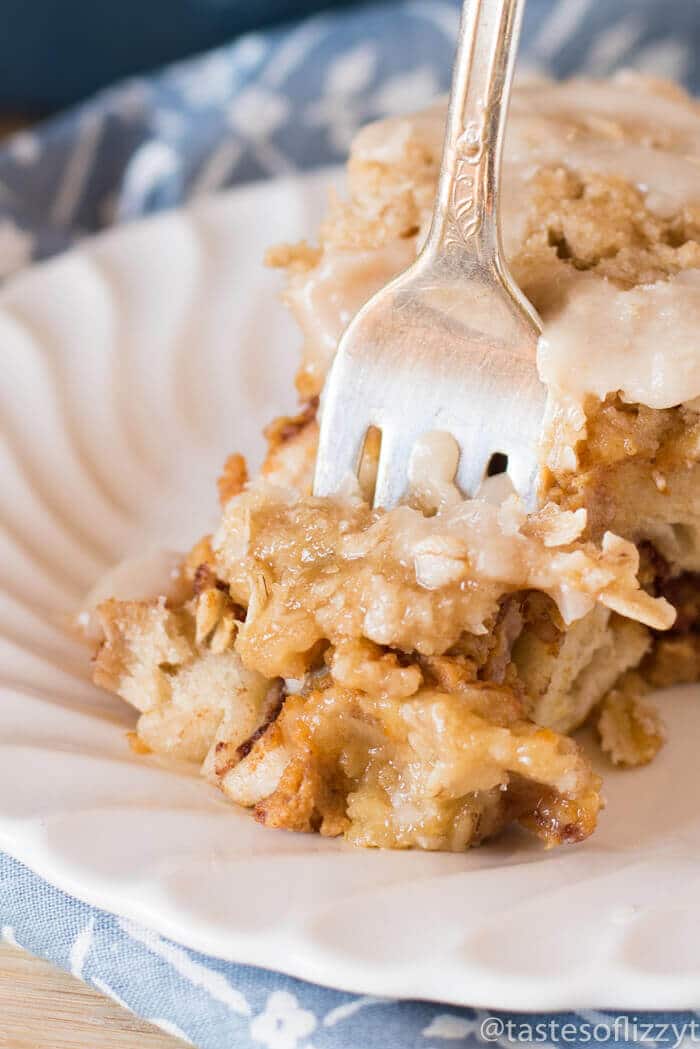 How to Make a Cinnamon Roll Bake

I took the cinnamon roll dough, quartered it, placed it in a deep-dish pie plate and poured a pumpkin pie filling over top.

And if that doesn’t sound good enough, I added a brown sugar oatmeal streusel on top. Bake this and drizzle it with the glaze that comes in the Annie’s Organic Cinnamon Roll tube and you’re ready for deliciousness. Oh my goodness.

Or a cinnamon roll. 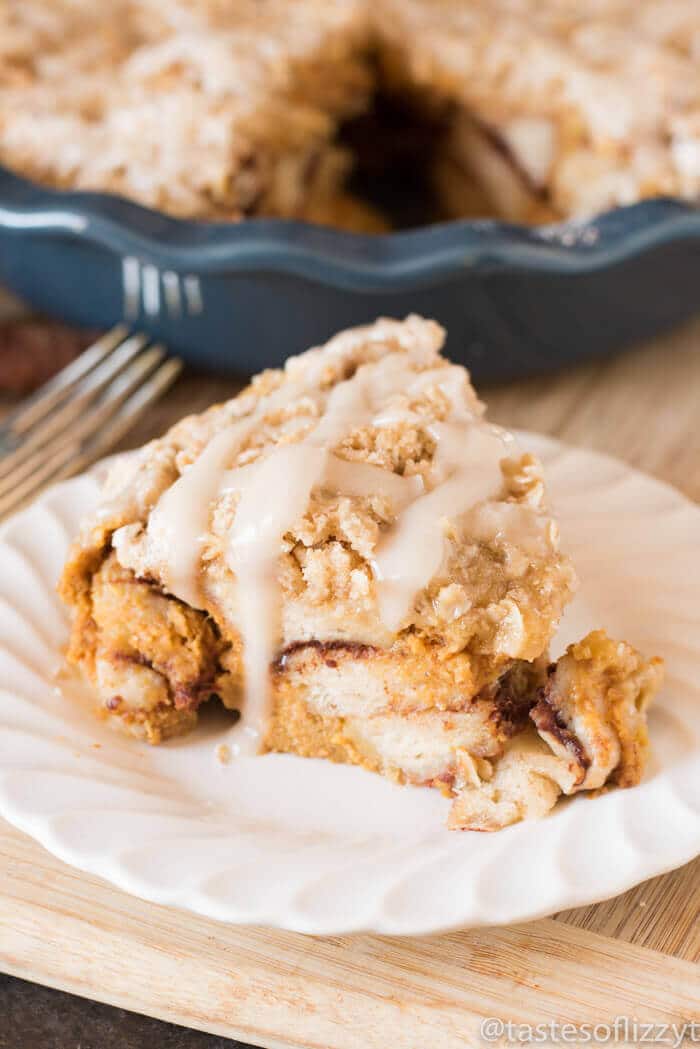 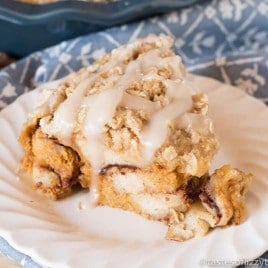 *Baking time will depend on the size baking pan you have. If you don't have a deep dish pie plate, bake in an 8x8 baking pan. The cinnamon roll bake is done when the cinnamon rolls are baked and the pumpkin pie filling is set in the center of the pan.

This sounds to die for. Yummy! Perfect for a cool fall morning. 🙂

Oh wow, Julie! This is SOOOO good! Great pictures, too!

Everything about this sounds perfect! I love the combination of cinnamon rolls and pumpkin!

now this is my Idea of a terrific fall treat!

This sound so awesome for a fall morning! Delish!!

I have not seen Annie’s, Can I use Pilsbury?