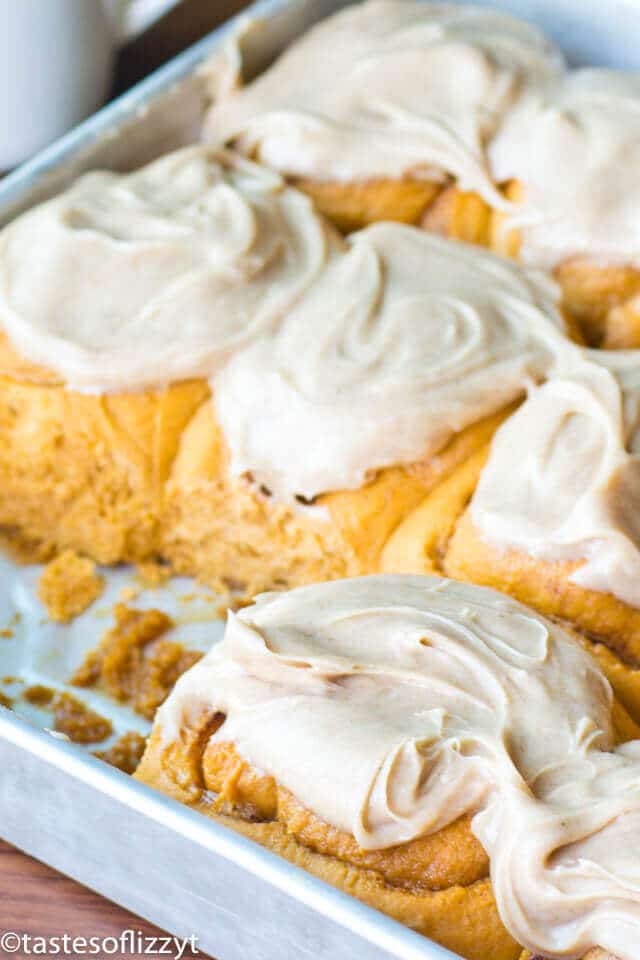 Looking for an egg free cinnamon roll recipe? Try these Pumpkin Pudding Rolls which use a pudding mix to make the ultimate soft sweet rolls. 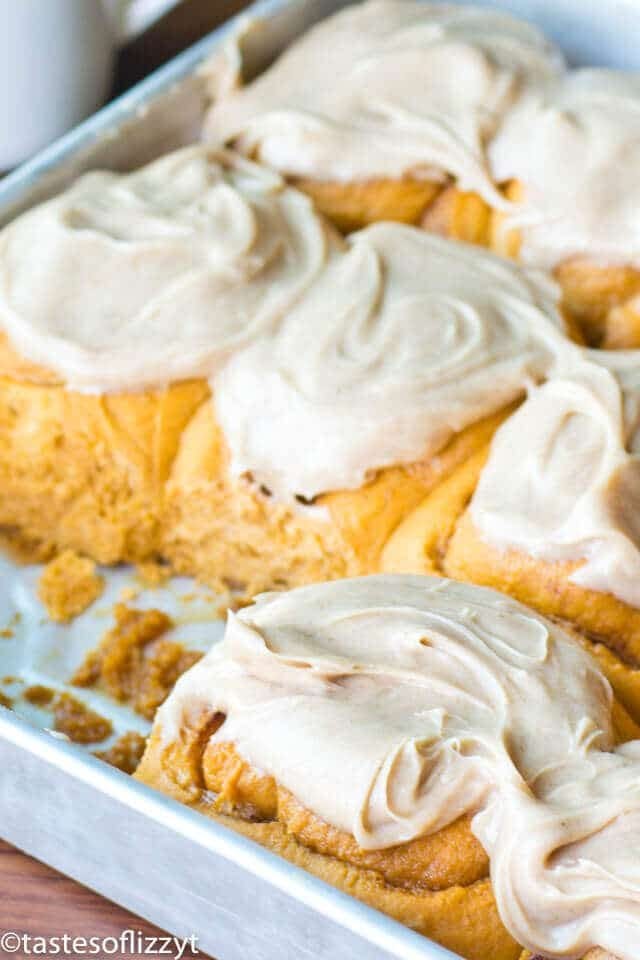 Last month, we shared our Grandma’s Pudding Dinner Roll recipe with you.  My grandma is a great cook, and although she doesn’t cook much anymore, she’s passed some of her best recipes on to us so we still get to enjoy them.  Her pudding dinner rolls are one of our favorite of all of her recipes.  I mostly remember her making those dinner rolls into cinnamon rolls just by adding an extra box of pudding to make a sweeter dough.  I think those Pudding Cinnamon Rolls started my intense love for all cinnamon rolls!  These Pumpkin Pudding Rolls are a special cinnamon roll that uses Pumpkin Spice Instant Pudding in the dough for super soft, pumpkin flavored cinnamon rolls! 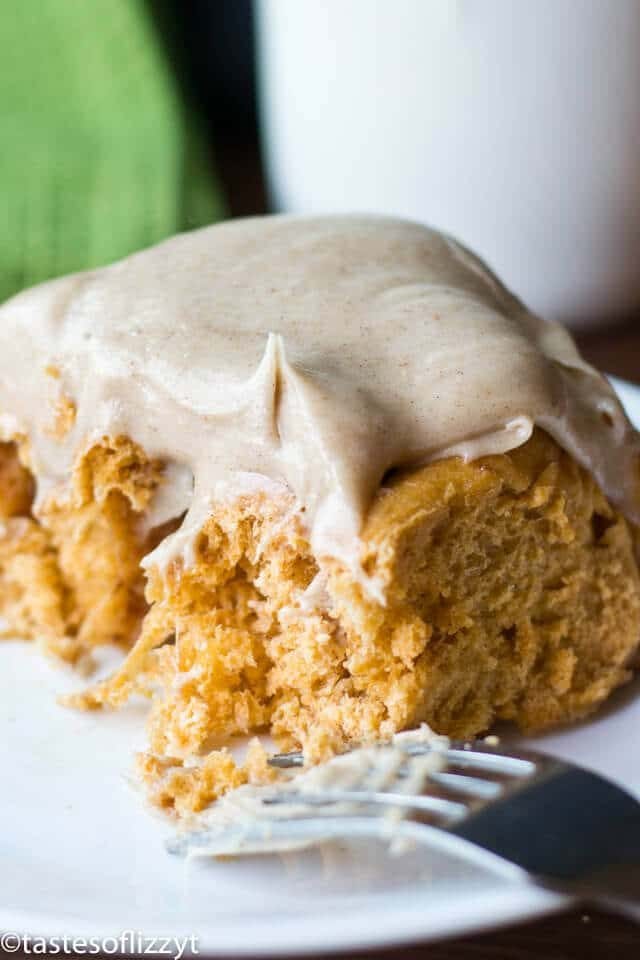 We love using pudding mixes in baked goods, and these Pumpkin Pudding Rolls are no different. The pumpkin spice pudding, along with some extra pumpkin pie spice, gives this breakfast treat the perfect fall flavor. Pudding keeps the rolls soft and fluffy.

One of the extra special things about these rolls is that they are egg free.  My nephew is allergic to eggs and I know that breakfast treats without eggs are hard to come by.  I was excited to see that this long-time family recipe that surfaced again didn’t have eggs in it! Friends with egg allergies can cheer that these soft, sweet rolls are egg free! 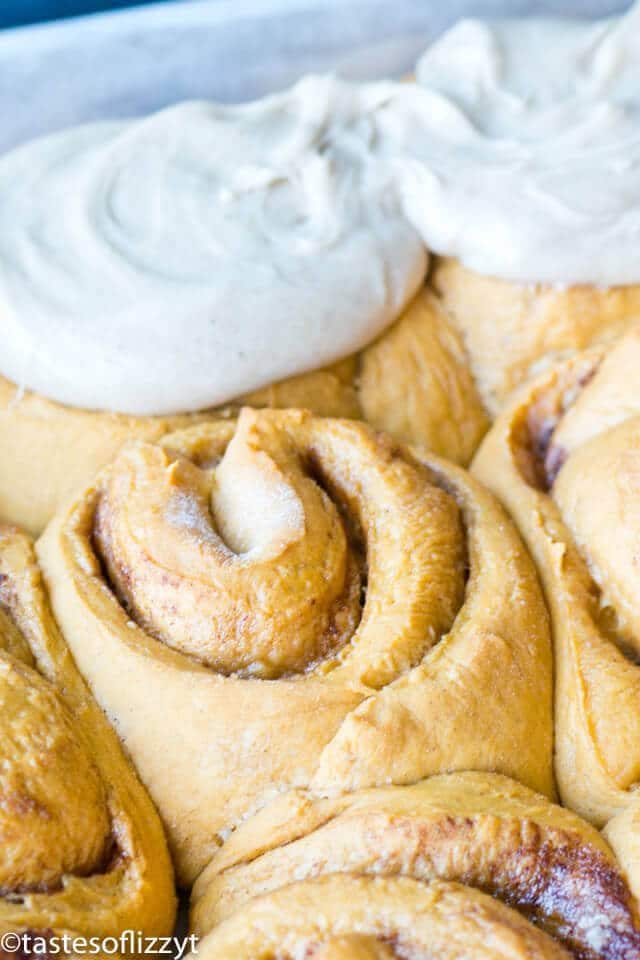 And this cinnamon cream cheese frosting?  It will melt in your mouth.  You won’t want to skip it!

We hope you love this unique take on the classic cinnamon roll! 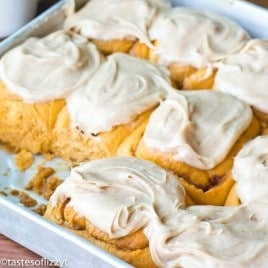 These rolls look amazing! Grandma’s recipes are always the best 🙂