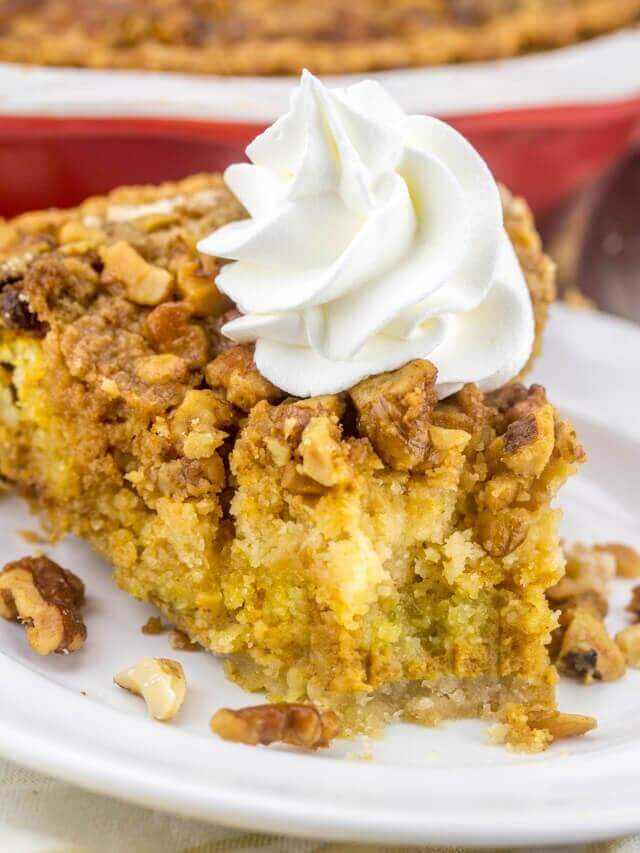 Pumpkin Crumb Pie has a traditional pumpkin pie base, with a cake mix and nut crunch streusel baked on top. This easy pumpkin recipe makes the perfect fall dessert! You may also like our sweet potato pie! 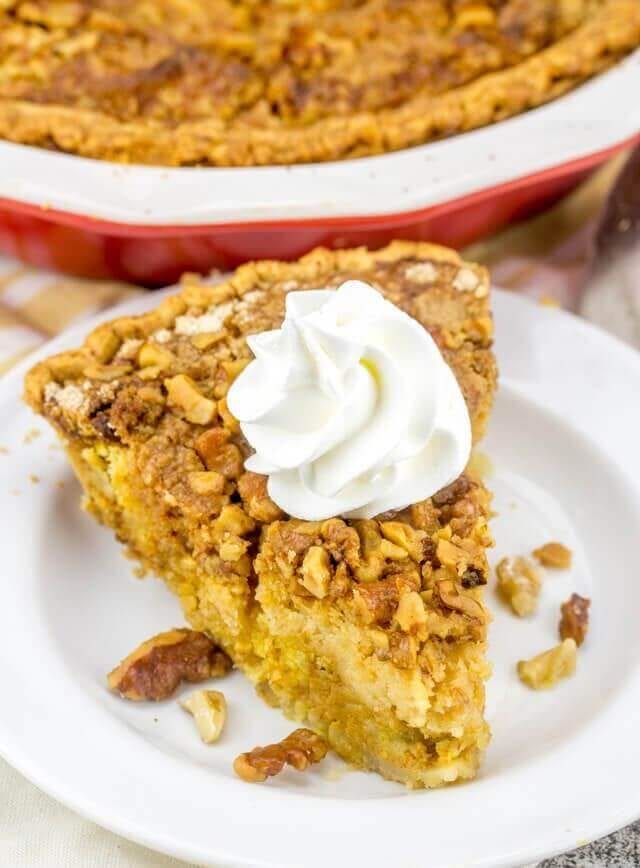 We’ve got a delicious recipe for you today…and a story to go along with it! My brother was learning about Pi in math, so he wanted us to make a pumpkin pie for him. When we brought him the pie, he was a bit annoyed that it wasn’t traditional pumpkin pie.

We did make him pumpkin pie, but we added something extra on top to make it a little something special. What’s the big deal here? My brother evidently didn’t like the change. He did end up eating it though, and he fought over it with my sister the next day. I guess he decided it wasn’t that bad. 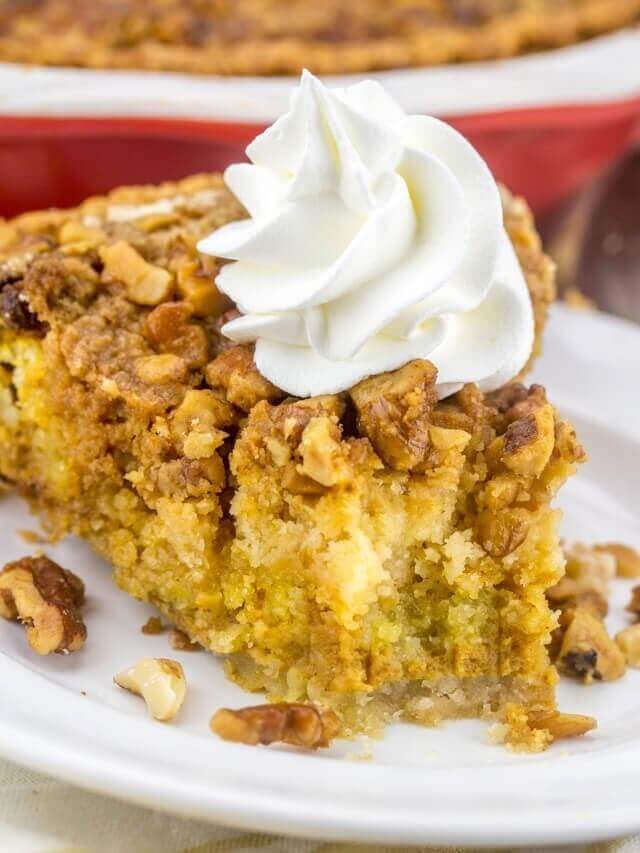 This pumpkin crumb pie recipe is a mixture of our family’s 2 favorite pumpkin recipes- one is pumpkin pie, and the other is simply called Pumpkin Dessert. Pumpkin Dessert is my favorite. It’s basically what’s on top of this pie, minus the crust.

But there is a little argument in our house as to which is better. Traditional Pumpkin Pie or Pumpkin Dessert. We decided to try to appease both by putting them together. The results? An amazing pumpkin crunch dessert. 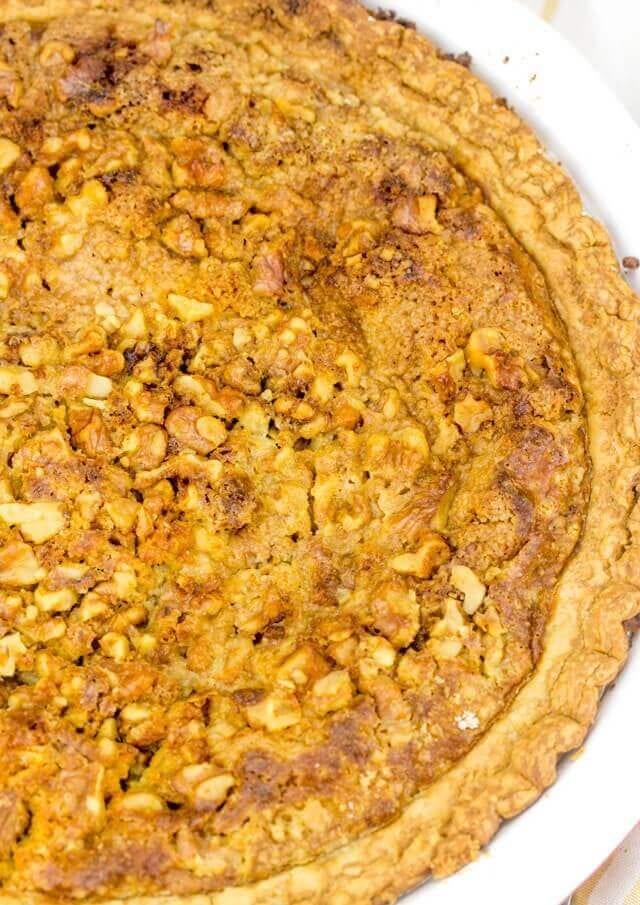 This pie is one of those desserts that would just be simply fantastic with a bowl of vanilla ice cream. Mmmm. Cold or hot, you’ll love it. It has 4 basic layers:

You can make it easily by using a store bought pie crust, or you can use your own favorite homemade crust. Whatever your favorite way is, I urge you to try this great pumpkin crumb pie. 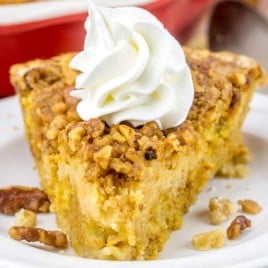 If you don't want the pie crust, pour the pumpkin mixture into a greased 9x13 pan. Then sprinkle the cake mix, butter and walnuts on top of that. Bake this dessert at 350 degrees for 1 hour.

Inspired by Taste of Home 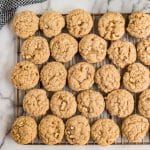 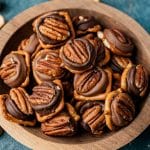 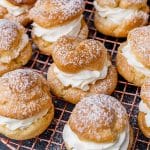 How to Make Cream Puffs

I’m a huge fan of pumpkin pie and I’ll take it any way I can get it! I love the addition of the crumb topping! 🙂 Pinned!

Anything with a crumb topping is a winner in my book! This pie looks perfect!

What do you mean by solid pack pumpkin?

What if you need to use gluten free cake mix, will that work?

I used crushed black walnuts and made this today. Sublime!

Pumpkin pie is my favorite and I do love a crumb topping, so definitely going to try this one out! I do however hate walnuts (and pecans), so I’m thinking of substituting those with something else…maybe pumpkin seeds?? Thoughts?

Are the pie crust frozen or thawed?