Home » The Best Snickerdoodle Recipe
This post may contain affiliate links which won’t change your price but will share some commission.
JUMP TO RECIPE PRINT RECIPE 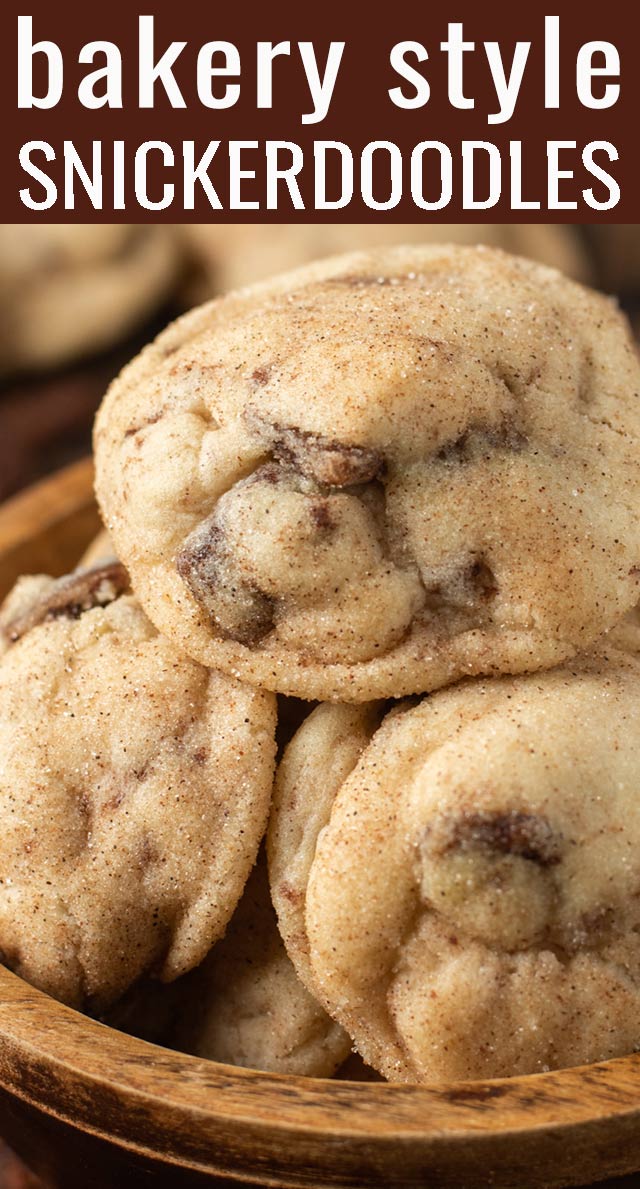 Thick, soft and cinnamon sweet, this is the best snickerdoodle recipe around. Bakery-style with homemade cinnamon chips!

Read about how to make cinnamon chips here.

Yes! This cookie dough freezes well. Make the balls of dough and freeze them individually first, then put them in a container to freeze for up to 3 months.

Can you freeze the cookies after they are already baked?

Can you make the cookies without the cinnamon chips?

Yes. You can simply roll the dough balls in cinnamon sugar if you’d like.

I don’t have the Princess emulsion. What should I use instead?

You can use vanilla extract if you can’t find the LorAnn Princess emulsion. 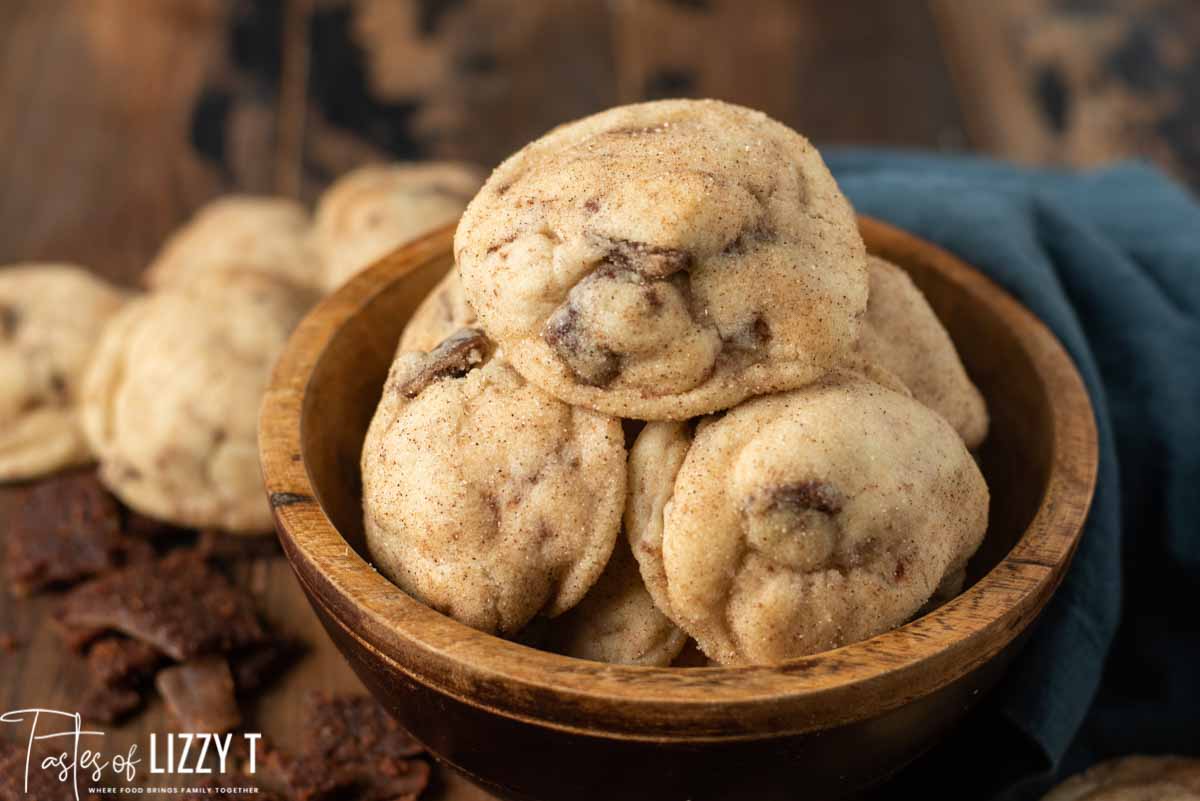 These look delicious! The photos are making me very hungry!!

Hubby loves Snickerdoodles and what a great twist making and using homemade cinnamon chips.
Besides on the internet; (I don’t do internet shopping) where does a person buy the LorAnn Princess Cake & Cookie Bakery Emulsion? Can a person use just plain vanilla extract, or other in place of it?
Thanks for the great recipe

Now I must try these cinnamon chips with these yummy snickerdoodle cookies! Thank you for all your delicious recipes!

HI…where would I find European butter…is that something I would have to purchase on the internet?

Also – “Cook time 10 minutes” — can the whole batch fit into the oven at once? Without knowing how many a batch makes — if I need to do 3 or 4 trays, that would be cook time of 10 minutes each, increasing the amount of time I need to allow to mae this recipe …. ??

where can I get the homemade cinnamon chip recipe. The link Mind over batter is NOT working.

What flavor is the LorAnn Princess Cake & Cookie Bakery Emulsion. Never heard of it. There are many flavors. One I see is butter?

LorAnn Cake and cookie emulsion comes in assorted flavors, but the recipe does not specify. Also,what is the purpose ofthe lemon juice?

I made these over the weekend. They are fabulous!! I did make them a little smaller and my kids and grandkids loved them. They would be great to use as an ice cream sandwich!!!