Cinnamon Chip Scones with homemade cinnamon chips! They’re soft and cinnamony with a delicious glaze over the top. 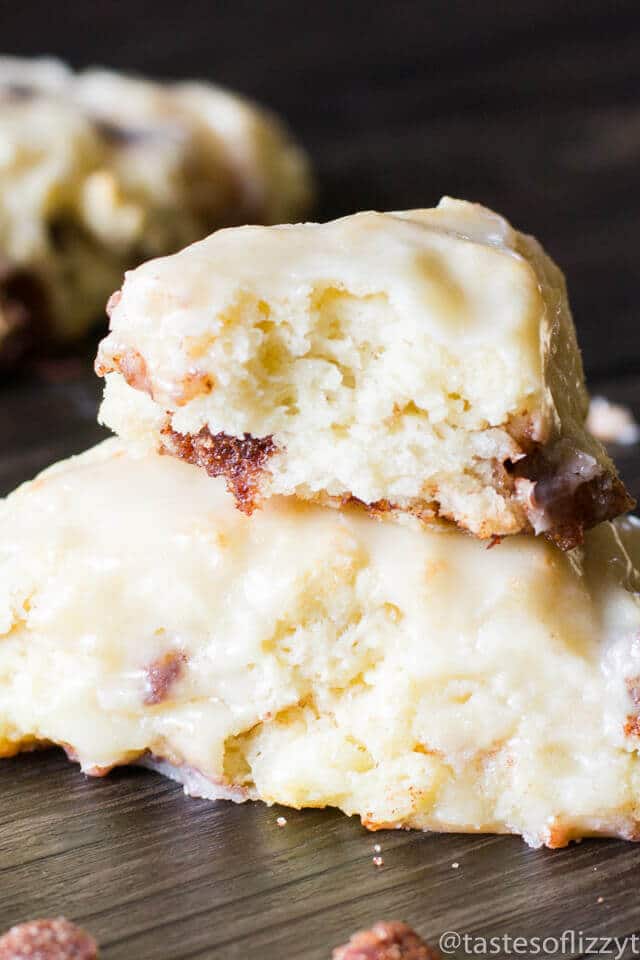 Do you love the smell of a bakery? I do. It has a huge cinnamon, chocolate, or buttery smell just wafting throughout the store. My favorite place to go has delicious scones, muffins, brownies, and bagels with raspberry cream cheese. I love getting a cinnamon scone there.  They are just right to dip in some rich hot chocolate with a pile of whipped cream on top.

The cinnamon chip scones recipe I’m about to share with you is what I would call a perfect scone. And, since I can’t drive over and get one from the bakery, just making them at home is almost as easy. 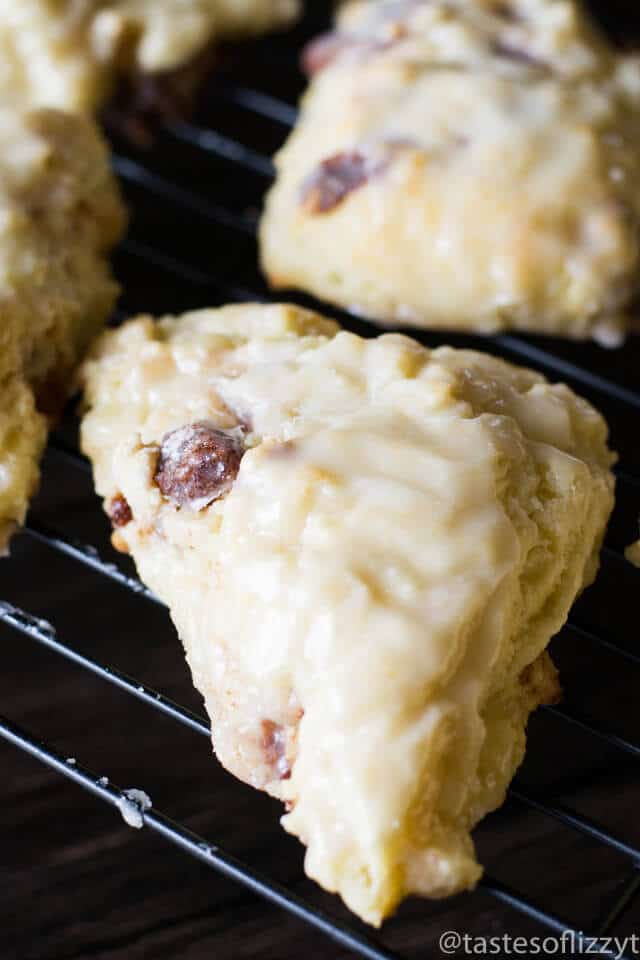 These cinnamon chip scones are incredibly moist, light and fluffy, and packed with bombs of cinnamon flavor. I’m ready to start making some right now- aren’t you? 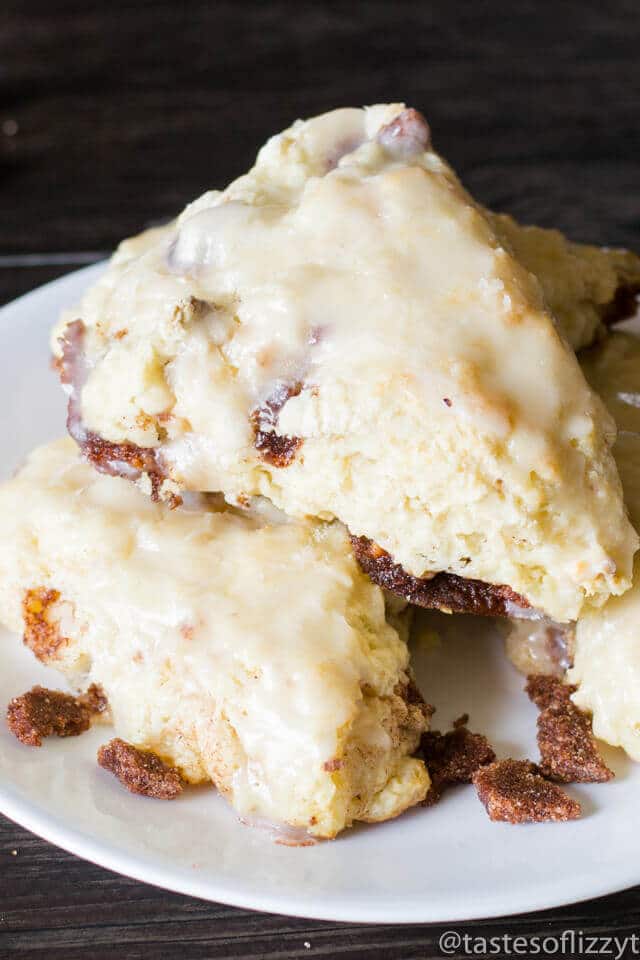 There are a few things that will help you when you make these cinnamon chip scones:

-First, cut the butter into the flour in little pieces using a pastry cutter

. Since you want your butter to be as cold as it can get, this helps get the butter blended in more, but it’s ok if it doesn’t mix completely. Little chunks of butter are just fine.

-When you’re blending the ingredients together, don’t overmix. In fact, only mix your ingredients until they are blended just enough. Your scones will be nice and fluffy the less you mix it. No stand mixer for this recipe! 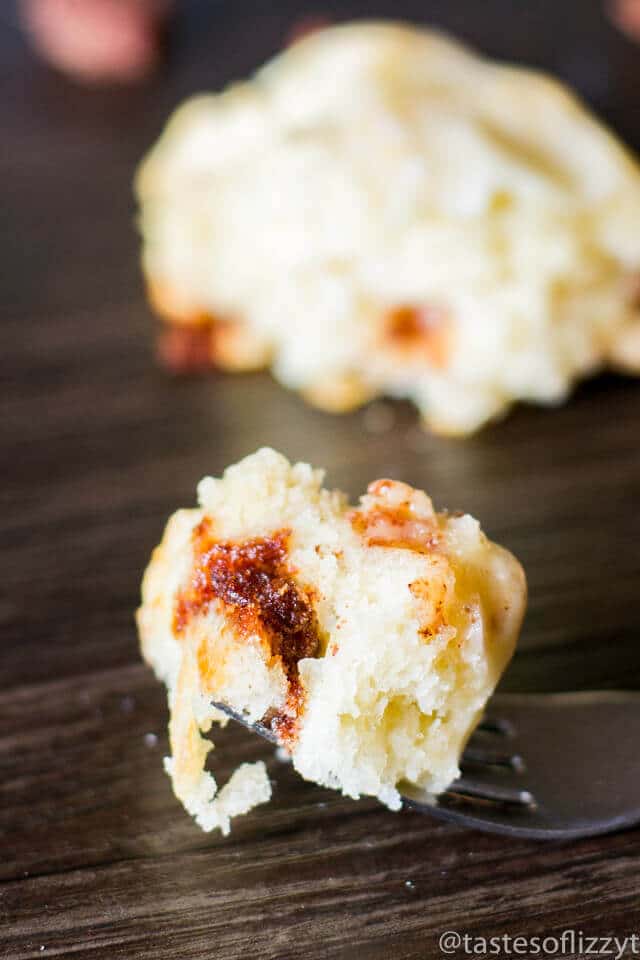 My dad likes to get creative with things, and I’m sure some of you do, too. Although we haven’t tried, I’m sure you can throw in berries, chocolate chips, nuts, or whatever you think should go into your scone. I like the sound of a peanut butter chocolate one. How about you? Stay tuned. 🙂

So, now that I filled you in on all the necessary information on how to make your dream scone, are you ready to make some? 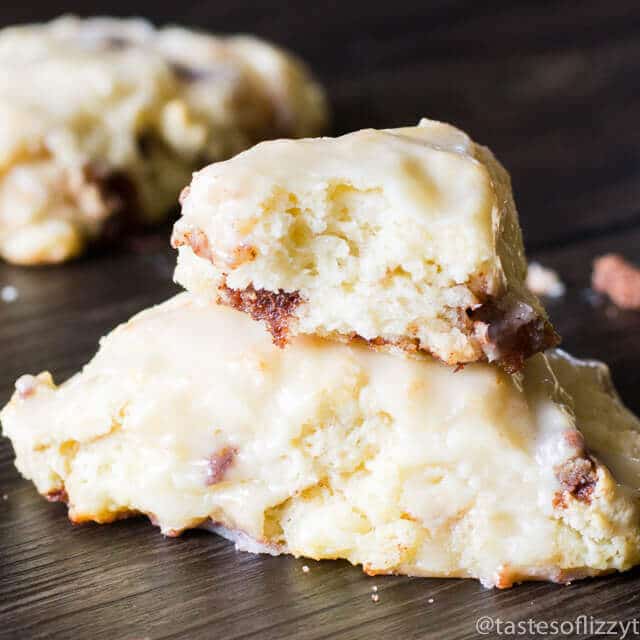