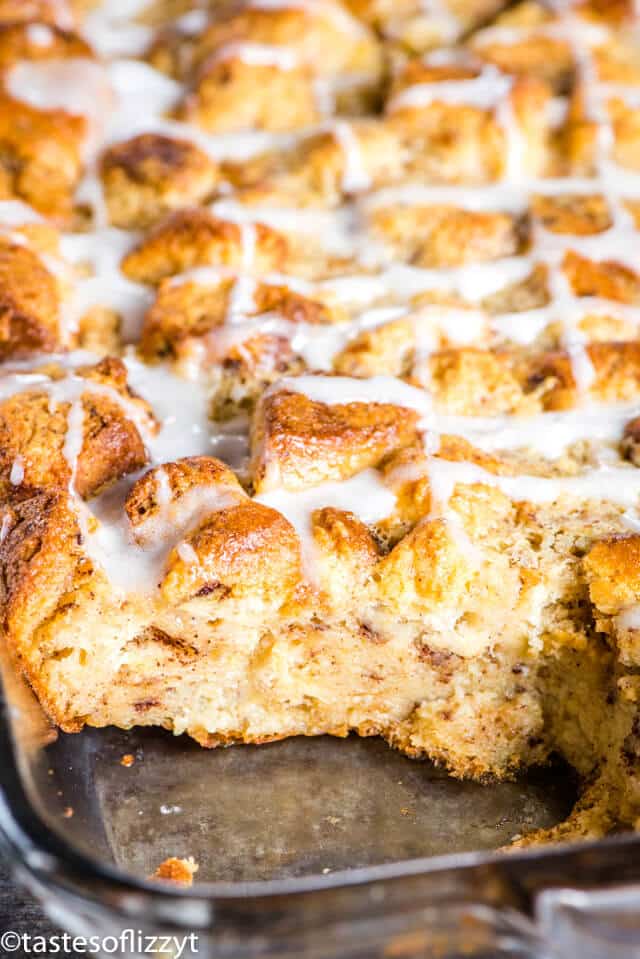 Whip up this easy cinnamon roll bread pudding in no time at all. Prepare the cinnamon rolls the night before and it will only take a few minutes to mix up the next morning.

When my friend Allison from Tornadough Alli started working on a cookbook, I knew it would be amazing. Allison is a talented baker and has helped us out both with Tastes of Lizzy T and The Best Cake Recipes. I received her cookbook titled Untraditional Desserts: 100 Classic Treats With A Twist last week and couldn’t wait to get to the kitchen. Because of my cinnamon roll obsession, I knew this cinnamon roll bread pudding would have to be the first thing I made.

If you need a breakfast or brunch casserole for a holiday dinner or just a Saturday morning home with the family, this is about the easiest breakfast casserole you can make. It starts with refrigerated cinnamon roll dough. Otherwise you just need eggs, milk, cream, vanilla and cinnamon. Pantry staples, right? 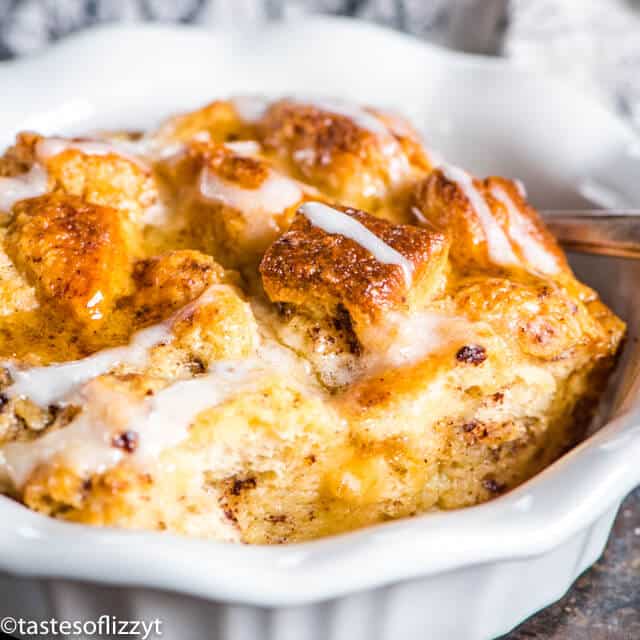 How do you make cinnamon roll casserole?

The first step in making the breakfast casserole is baking the refrigerated cinnamon roll dough. Bake them as the package directs. We like to do this the night before we bake the casserole so they are ready to go.

Cut the baked cinnamon rolls in chunks. In a large bowl, combine the milk, cream, eggs, vanilla and cinnamon, then pour it over the baked rolls. Allow the mix to sit for at least 15 minutes so that they absorb the milk.

Bake the casserole in a greased 9×13 baking pan, uncovered, for about 50 minutes. The exact timing will depend on your oven so check it at about 50 minutes and leave it for another 5 or 10 minutes if necessary. 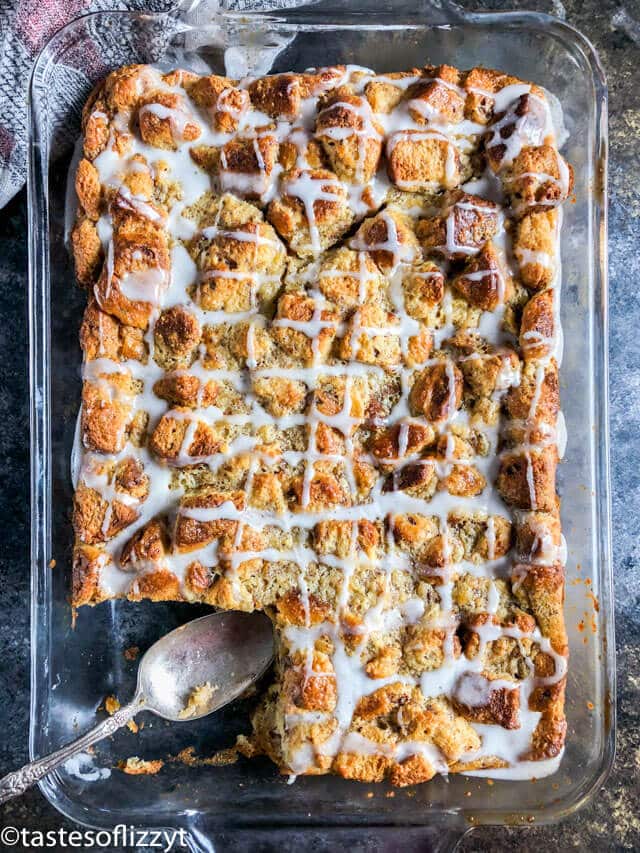 If you’d like you can make this casserole the evening before, but cover it and place it in the fridge before baking. The morning you’d like to bake it, remove it from the refrigerator about 1 hour before you bake it so the chill comes off. Bake as the recipe calls for.

You’ll LOVE these easy recipes that combine some of our favorite desserts! 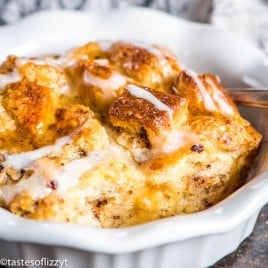 4.84 from 6 votes
Whip up this easy cinnamon roll bread pudding in no time at all. Prepare the cinnamon rolls the night before and it will only take a few minutes to mix up the next morning.
Servings 10
Prep Time 10 minutes
Cook Time 1 hour
Total Time 1 hour 10 minutes
Print RecipePin RecipeReview Recipe
Prevent your screen from going dark