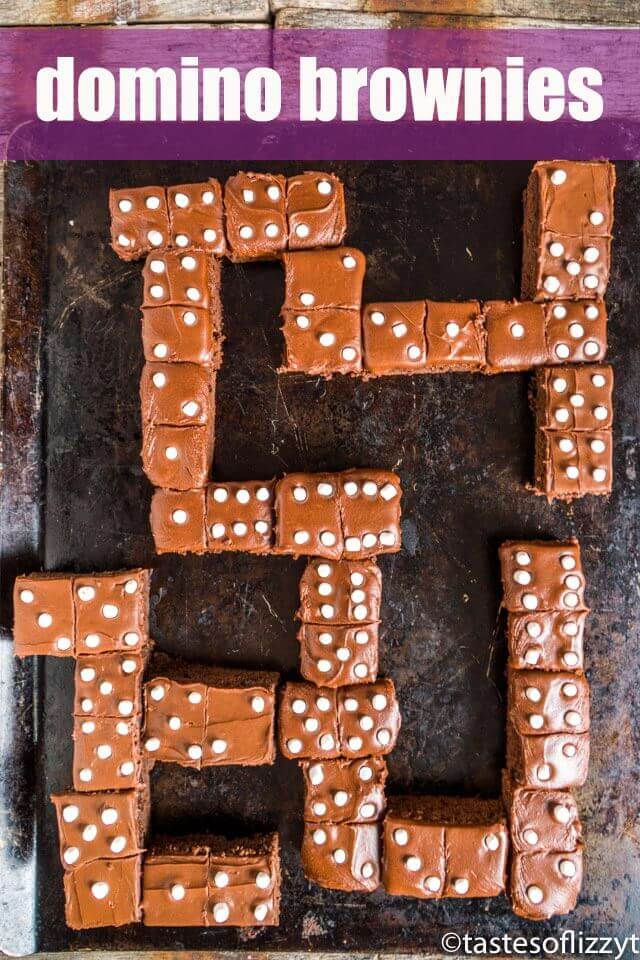 Bring delicious math fun into your child’s life with these Domino Brownies! Perfect for practicing addition and subtraction, or a sweet snack for family game night. 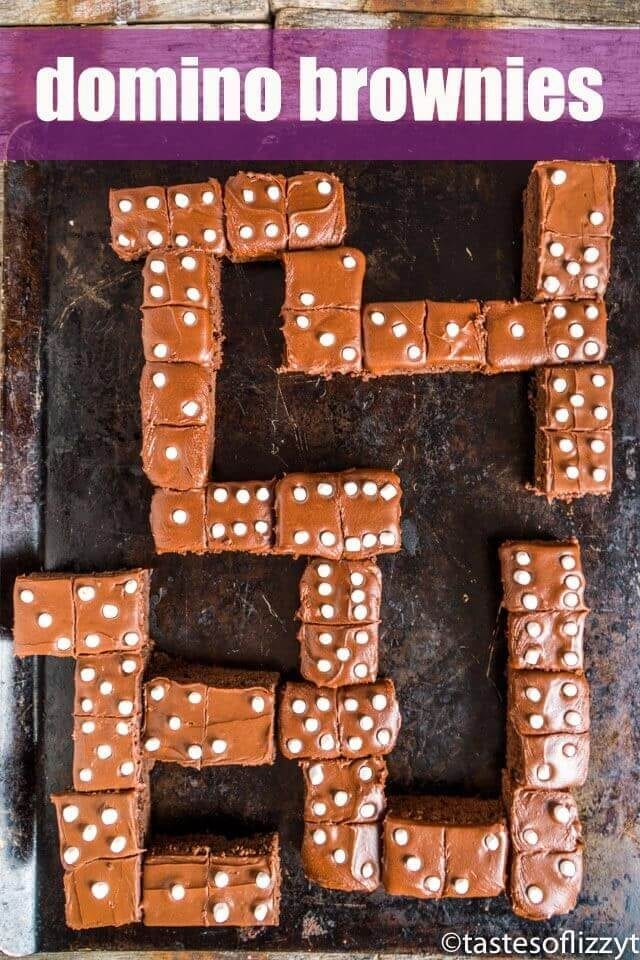 Ad- This is a sponsored conversation written by me on behalf of Pillsbury™. The opinions and text are all mine

It’s back to school season! Some of you may have just recently sent your kids back to school, but mine have been in for a month now and have already gotten progress reports. Time flies!

Today I’m sharing a fun way to spend time with your kids in the kitchen while at the same time sharpening their math and thinking skills.

Domino Brownies…an easy, edible activity that will make kids excited to be back in the classroom.

Start with a Pillsbury™ brownie mix and follow the directions on the back of the box. Although normally we like fudgy brownies, I wanted a “cake-like” brownie so it would be easy to cut into perfect rectangles. To achieve this, I added an extra egg.

Mix up the brownies and pour them into a greased 9×13 pan.

Allow the brownies to bake for about 27 minutes at 350 degrees F and then cool them completely.

Frosting brownies couldn’t be easier with the new Pillsbury Filled Pastry Bags. Have you had the chance to try these? We used them when we made our Solar System Cupcakes. The kids loved piping swirls! 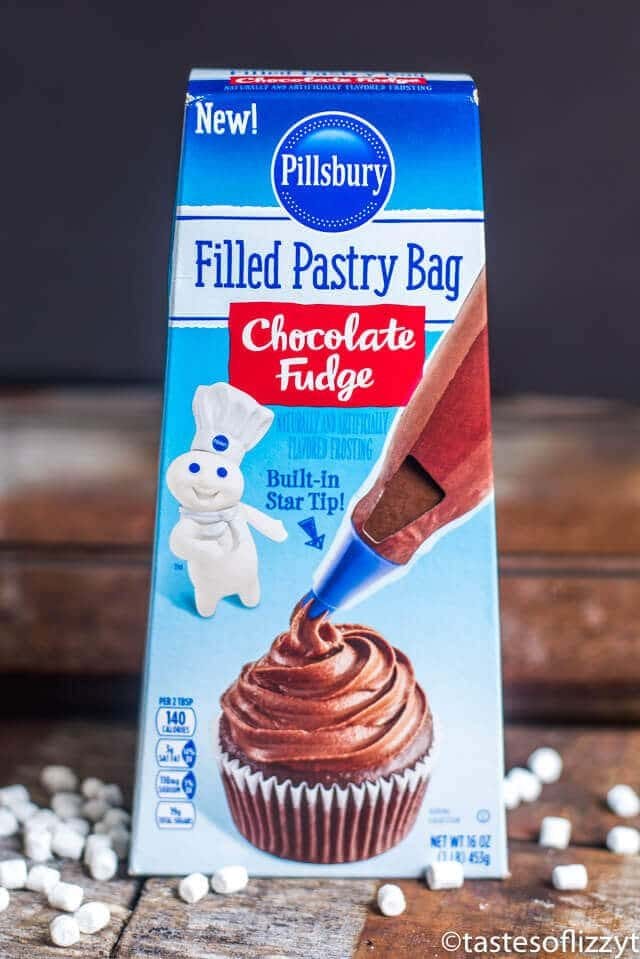 Let the kids pipe lines of frosting over top the brownies, then use an offset spatula to smooth the top of the brownies. Less mess = a win for mom! 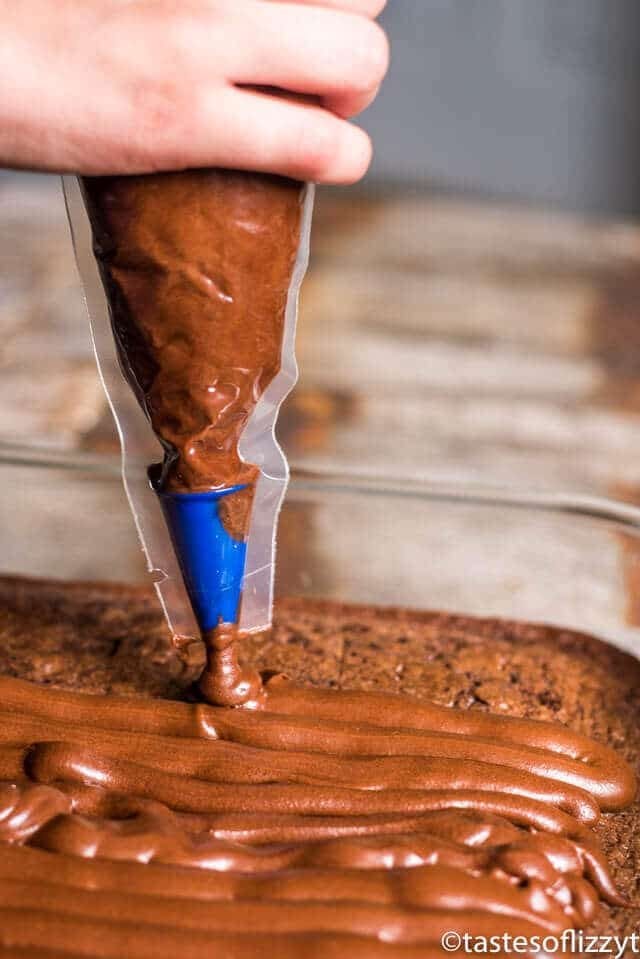 Place the pan of frosted brownies into the fridge to allow the frosting to set slightly. This will allow you to cut nice, straight lines for your dominos.

Once you’ve cut the brownies into rectangles (ours were about 1.5″ x 3″), use a toothpick to draw a line in the middle of the rectangle, as a domino has. 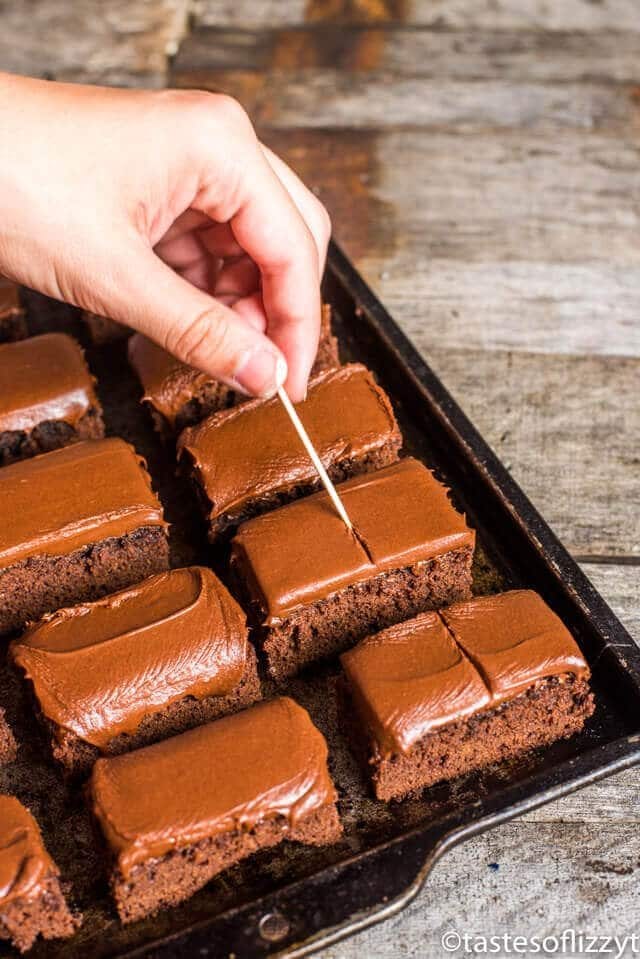 Then use mini white chocolate chips or marshmallow bits to make the numbers on the dominos.

We started by making 3 or 4 double dominos, then made the numbers we needed so that the dominos could “connect”. 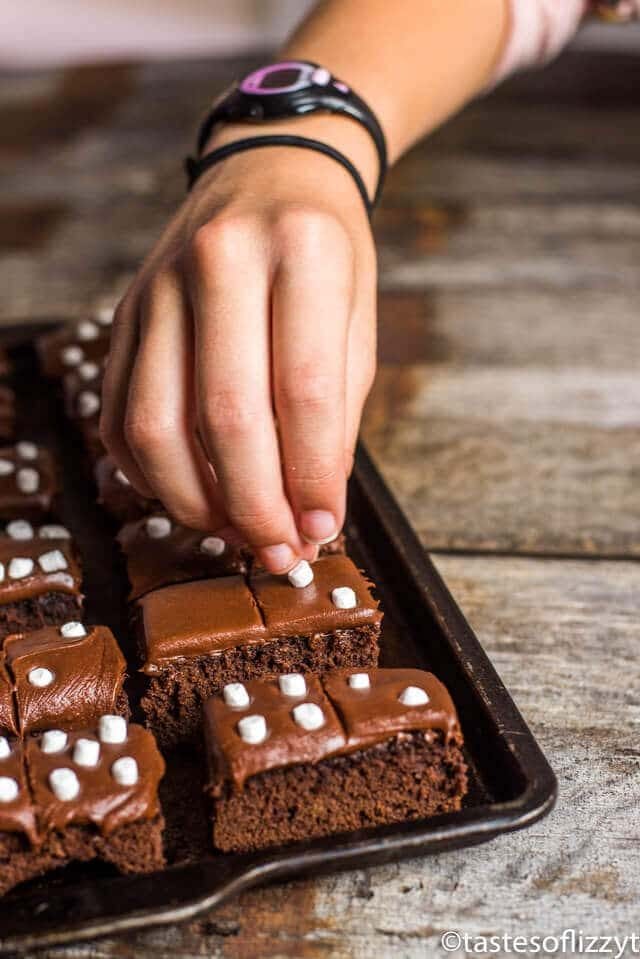 And simple as that, you have an edible game for family game night or use the domino brownies to practice addition and subtraction facts.

The reward for correct answers? A brownie, of course! 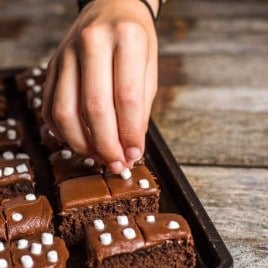 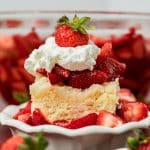 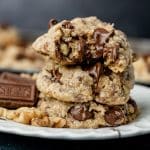 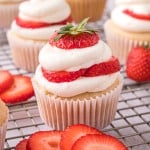 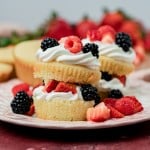