In my opinion (and I think I’m in good company here) the only thing that makes a chocolate dessert better is the addition of peanut butter. Every holiday Reese’s cups and eggs and trees (and whatever other shape the marketers dream up) just jump into my grocery cart. They are the one candy I would truly say is a weakness for me.

As for my favorite dessert, I’m not sure I could narrow it down to just one, but fudgy (and gooey) brownies are definitely at the top of the list. I found my inspiration for these Slow Cooker Peanut Butter Brownies here. Traditional brownies turned into a peanut butter brownies dream!

Can you make dessert in your slow cooker?

I decided it was past time to create a slow cooker dessert recipe. My slow cooker recipe section contains some of my most viewed and popular recipes. You’ll find Grandma’s Pork Chops, creamy potatoes and even a healthy chili recipe.

I’m obviously a big fan of using my slow cooker for main dish and even side dish recipes. But I hadn’t yet turned on my slow cooker to make a dessert. What took me so long? These slow cooker peanut butter brownies are just as simple to stir together as baking them in the oven but the slow cooker makes these brownies a warm and fudgy new cake experience. You could skip a scoop of ice cream on top but why would you?

I love that this recipe starts with a brownie mix. We often have a box brownie mix that we had gotten on sale in the pantry. When you need something just a little bit different, this is what you want!

How to Make Brownies in the Slow Cooker

How to Serve Slow Cooker Brownies

These brownies are best served warm with a scoop of ice cream on top. We recommend additional caramel, hot fudge and chopped Reese’s on top for an irresistible dessert.

Serve in individual parfait cups for a fun treat! 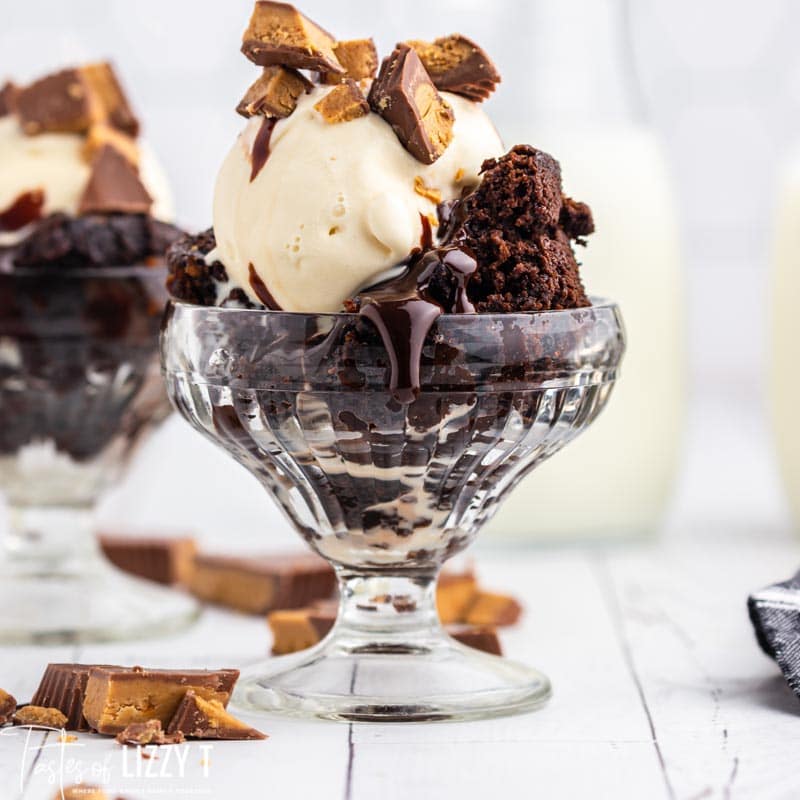 Do you think using a gluten-free brownie mix be okay?