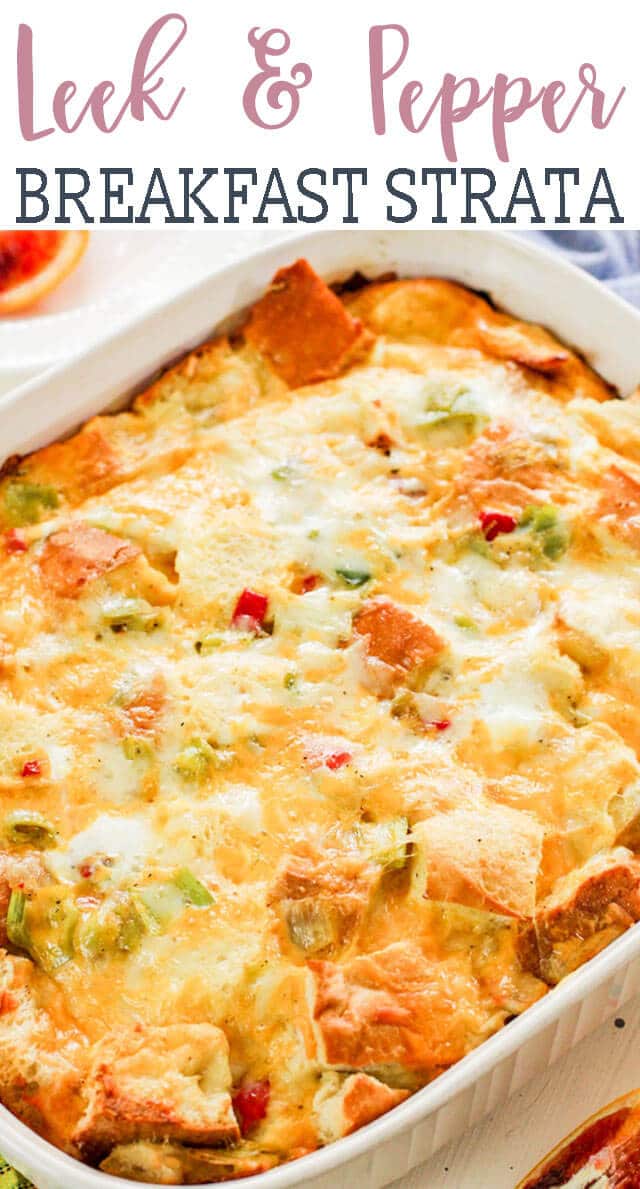 Having brunch recipes on hand keeps our family sane during the holidays or a busy season of life. Right after Thanksgiving, we love using leftovers to create this tasty Thanksgiving leftover breakfast casserole dish. During Christmas, this non-alcoholic eggnog casserole breakfast recipe is a must make! One of our Sunday favorites is our slow cooker breakfast casserole recipe, which we love to make before heading off to church; by the time we arrive home, the house is smelling amazing and brunch is ready to serve! 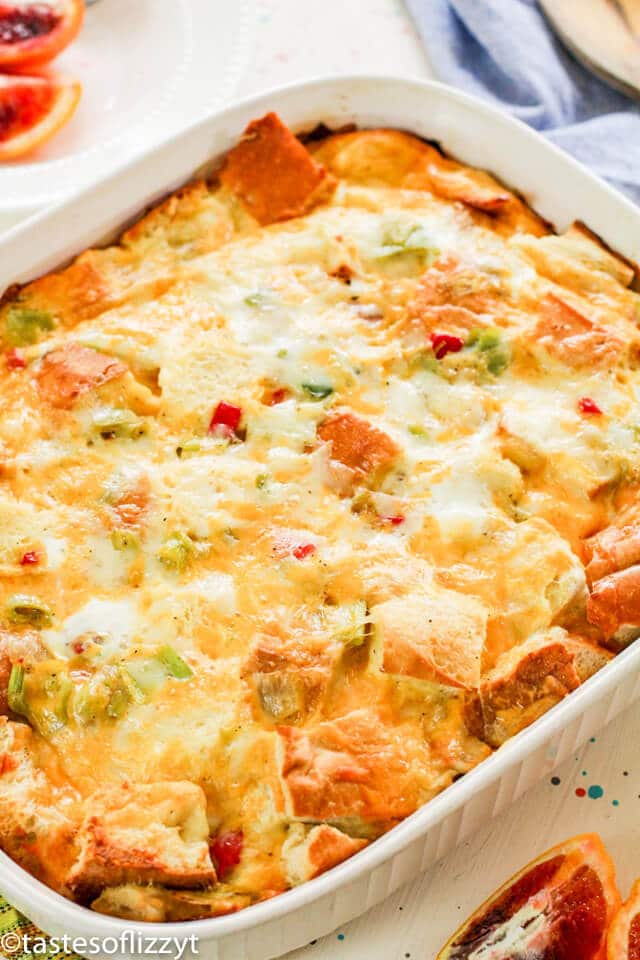 One of the most underused vegetables in my opinion is leeks. Lately, it has been becoming more mainstream, but the next time you’re out at the market, be sure to grab a bundle of these amazing green leafy stems. They add so much depth and are perfect to add to your casseroles and soups!

Leeks pair amazingly well with red peppers. Once they are sauteed together and the flavors have infused, it creates a complexity that is to die for! This leek and pepper breakfast strata recipe uses Italian bread that is cut into large bite size chunks, but you’re welcome to use sourdough bread, or choose your favorite whole bread.

Is strata a breakfast casserole? The name strata may have you questioning if this is indeed an easy breakfast recipe -it is! Strata is a breakfast casserole dish that includes whisked eggs, chopped or sliced bread, and cheese. Then you can add whatever toppings or ingredients you desire to make the strata recipe your own.

What do you add to a breakfast strata?

How do you cook a breakfast strata?

For this leek and pepper breakfast strata recipe, we are going to bake it -which is the traditional and most commonly used method; but you are welcomed to cook it in a slow cooker too!

Can breakfast strata be frozen?

Yes! Just make a batch and skip the cooking process, and hold off on the shredded cheese (if desired) until it is time to bake. Make sure to double wrap the casserole in heavy duty aluminum foil and freeze up to 3 months. When it is time to bake, remove the frozen breakfast strata and allow it to thaw for at least half an hour before topping with cheese and baking for at least an hour, or until warmed through. 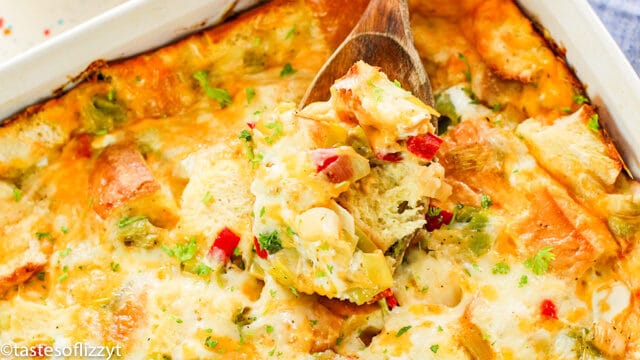 How To Make A Leek Breakfast Strata Recipe

The first step to making your breakfast strata recipe is mixing eggs, spices, and milk in a bowl. Set it to the side. 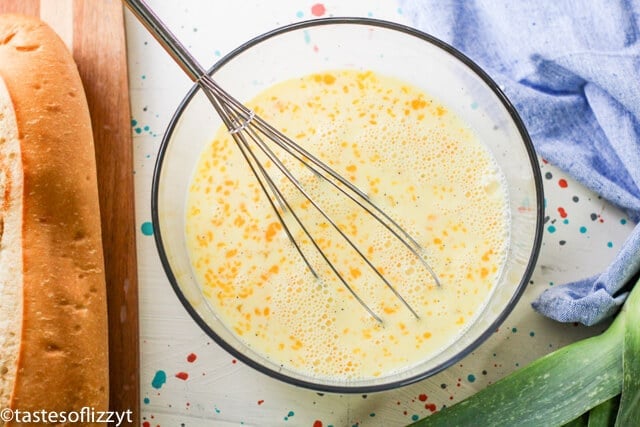 Next you’re going to saute your leeks and red peppers in a pan. Remember to season the layers, so here you’ll also add a little bit of salt and pepper to taste. 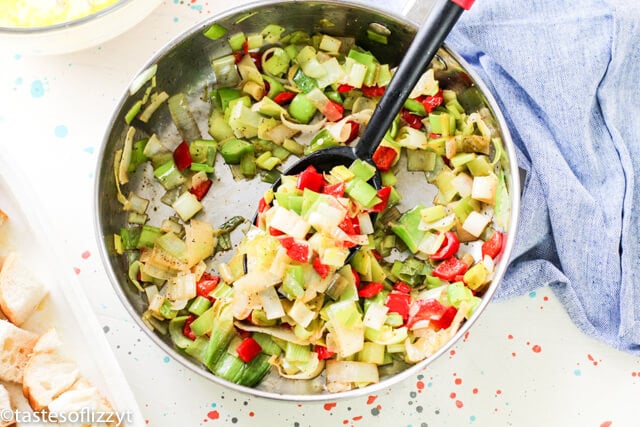 Finally, you will assemble your leek and pepper breakfast strata recipe. Grease a 9×13 casserole dish and add in your chunks of bread, top with your cooked leeks and red peppers, generously sprinkle over your shredded Parmesan and cheddar cheese, then seal it with your egg mixture. Cover your leek and pepper breakfast strata with aluminum foil -loosely. Bake for 40 minutes, remove the foil and allow to cook a few more minutes to give a beautiful golden color on top. 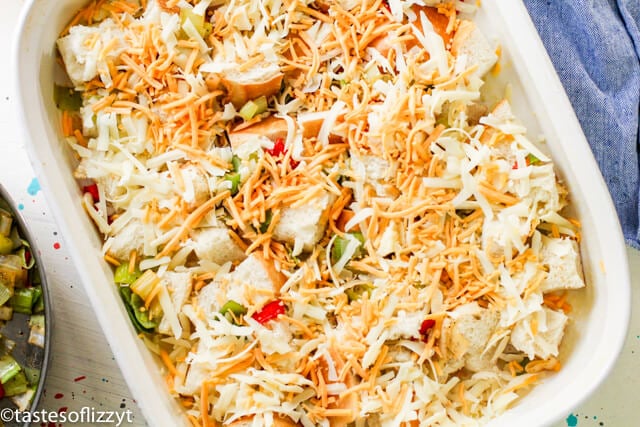 What is a leek?

Leeks are firm long green vegetables. The tops of leeks are a dark green that transitions into an almost white color at the bulb. Leeks are usually sold in sets of three at the market.

Many people use leek in place of onions, since leeks are related to onions. But leeks are milder in taste. Also, to some people, leeks have a slight anise flavor when cooked which is why leeks are the perfect addition to savory dishes -especially soups, like this potato leek soup.

What part of a leek do I use?

For cooking you’ll use the lighter end and bulb of a leek. Cut out the dark green stems and use them if desired in your next batch of homemade vegetable stock.

Once you cut out the dark leafy part of the leek, you’ll cut the leek in half and rinse it thoroughly. Leeks are dirty vegetables so separate the layers to rid the leeks of all of the dirt and debris.

How do you chop a leek?

Once you have discarded the dark green part of the the leek and rinsed the bulb and lighter part clean, it is time to chop the leek. To chop a leek you chop it like you would a cucumber. Since it’s already sliced in half from cleaning, once you chop the leek, it will resemble a half moon. This is what you want.

When are leeks in season?

Leeks are in season October to May, and are at its “peak” in January. Typically, stores carry them year round, but for the most flavor and to save money, be sure to grab them in season! 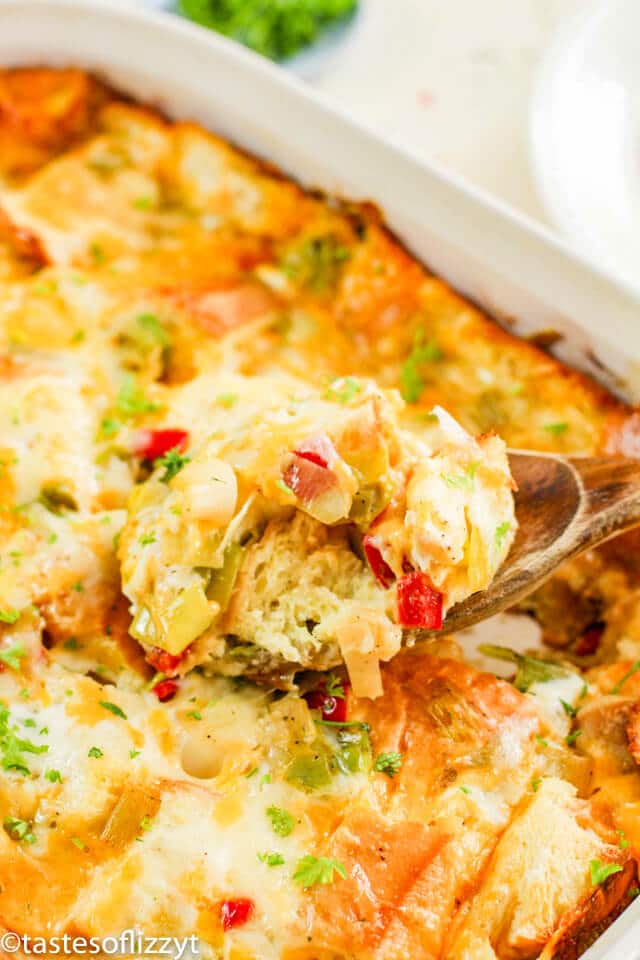 What to serve with this leek breakfast strata recipe: 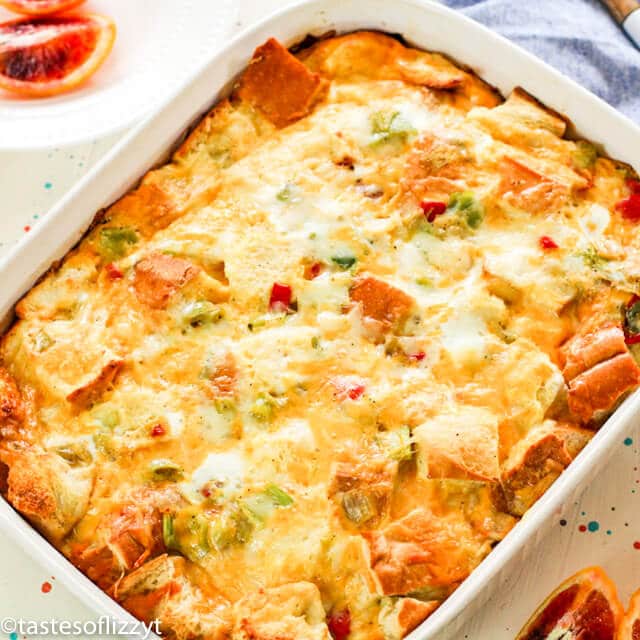