Home » Cola Burgers
This post may contain affiliate links which won’t change your price but will share some commission.
JUMP TO RECIPE PRINT RECIPE 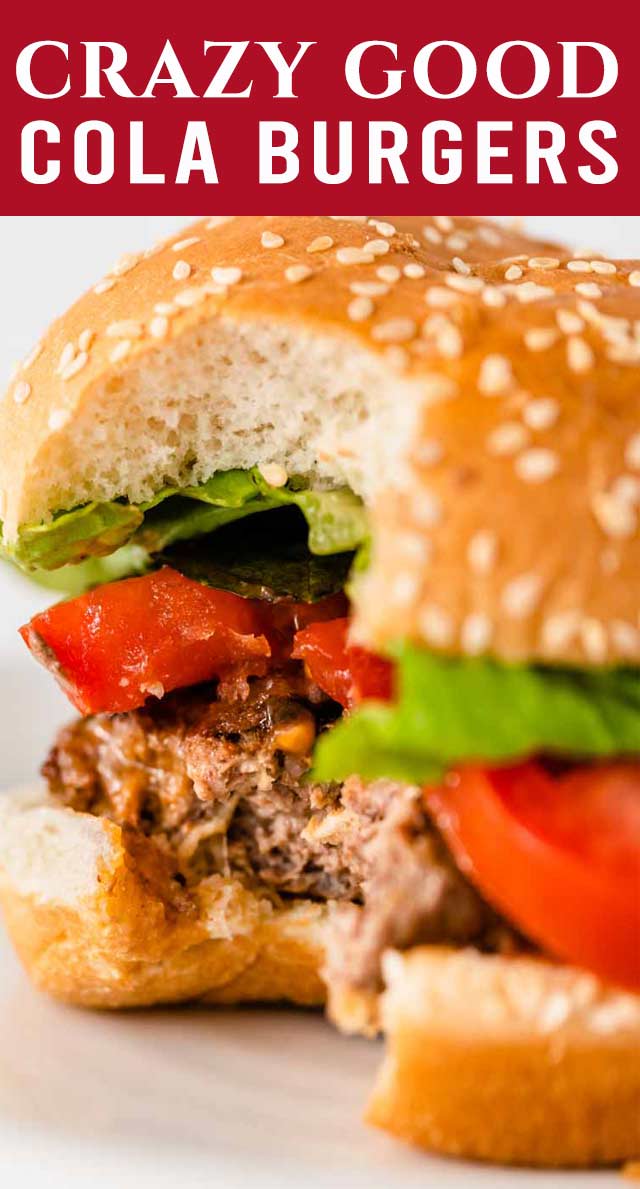 Cola Burgers are a twist on a traditional burger. A french dressing and cola basting sauce give your burger a perfectly grilled flavor!

I love grilling season and summer picnics. I’m notorious for making too much food.  Honestly though, I’d rather have too much food than run out of food, ya know?

We’ve had our share of burgers lately, mostly because of leftover burgers from parties. In fact, my son asked the other day when we were going to have a “real meal”.  That is…not burgers or hot dogs.

But when we have leftovers burgers like this? I’m not complaining.

I found this recipe in a Taste of Home magazine years ago and make them all the time.  I think you’ll love them too!

What gives these burgers flavor?

Ok I’m going to tell you what flavors these beef burgers. Promise me you won’t cringe. I’ll admit, then flavors are crazy, but it 100% works.

I warned you. But now you have to try them!

How to Make Cola Burgers

What internal temperature should burgers be? Burgers should be cooked to 165º Fahrenheit. Then let them rest for 5 minutes before serving.

How do I keep burgers from sticking to the grill?

In order to keep your burgers from sticking to the grates, do not put them on the grill until it reaches at least 400 degrees. We always used foil and cooking spray until we tried this trick. It completely works for us!

How do I keep my burgers from falling apart?

The egg in this recipe acts as a binding agent to help keep the burgers together. There are a few other things you can do to make sure your burgers don’t fall apart.

What to Serve with Burgers

These burgers pair well with classic picnic side dishes: 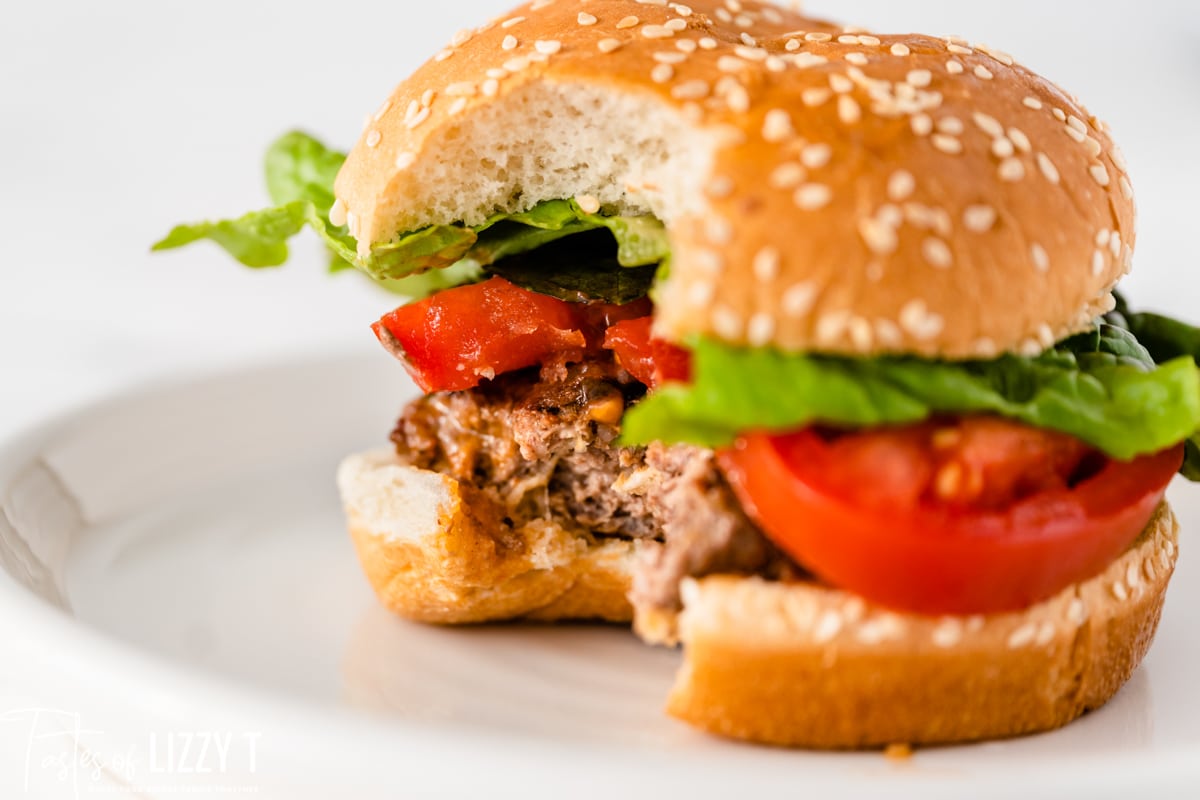 I used 80/20 ground chuck for these burgers. Don’t put the hamburgers on the grill until it reaches about 400 degrees. The calories shown are based on the recipe making 6 burgers, with 1 serving being 1 burger (no bun). Since different brands of ingredients have different nutritional information, the calories shown are just an estimate. **We are not dietitians and recommend you seek a nutritionist for exact nutritional information.**

Hmmm, I may have to try this. Interesting combo of ingredients but I like that! Found you on Tuesday Trivia and following you via Pinterest! Would love for you to visit my blog sometime!

Okay, this burger looks good. Sounds different and I can’t wait to make it! Thank you for sharing at Tuesday Trivia. Pinning right now 🙂
Wanda Ann @ Memories by the Mile

ooohhh coke in a burger? Going to have to try this!

Thanks for linking up at Super Sunday! Can’t wait to see what Super things you bring us next week! http://whoneedsacape.com/2013/06/super-sunday-party-1/

Hi Madie..Lizy here, wow I had to check out this recipe, I’ve never heard of cola burgers and the recipe is very interesting! Got to bookmark it to make them some day! I hear you when you talk about your son asking you for “real food’, mine did the same last week when I was in a “burger” roll…lol…thanks for sharing, I came over the Contessa’s Burger Bash!

What an interesting combination of ingredients and so so pretty. I never would have thought of adding french dressing but it makes perfect sense. Thanks for sharing this one too!

Its sad to say that where I live you can’t get a decent hamburger but this looks delicious I will have to try it this summer.

YUM!!! I’d love for you to share this at my Saturday Dishes Link Party this weekend! It’s a themed link up & this week’s theme is Memorial Day & Grilling! Feel free to share other old or new posts that fit the theme as well if you have them! (:

Oh my, my hubby, the burger fanatic, is SO going to want us to try these! He’s standing behind me right now and I think he kind of wants to jump into the screen….wait, I think he’s drooling on my shoulder! 🙂 This looks seriously awesome and can’t wait to try it…..pinning and sharing! Have a happy Monday!

We have burgers about once a week during the Summer – I love finding new versions to try! 🙂

These burgers look awesome, and I would love to try them. But I don’t grill. Is there a way to either pan fry them or do the in the oven?

I have been trying to sign up for your recipes but it does not seem to go through to you for some reason. Would you have any idea why?

I made these just know, and honestly I don’t taste much of a difference from a regular burger, maybe I did something wrong but I followed the instructions.