Home » Eggnog Monkey Bread
This post may contain affiliate links which won’t change your price but will share some commission.
JUMP TO RECIPE PRINT RECIPE

Warm, gooey monkey bread dressed up for the holidays with eggnog! Make this easy cinnamon roll Eggnog Monkey Bread and serve warm for either a dessert, breakfast or brunch.

If you have a little eggnog left in your fridge after your Christmas party, make this easy eggnog monkey bread. It’s a more simple flavor than our sweet strawberry monkey bread, but is so comforting for the holiday season. 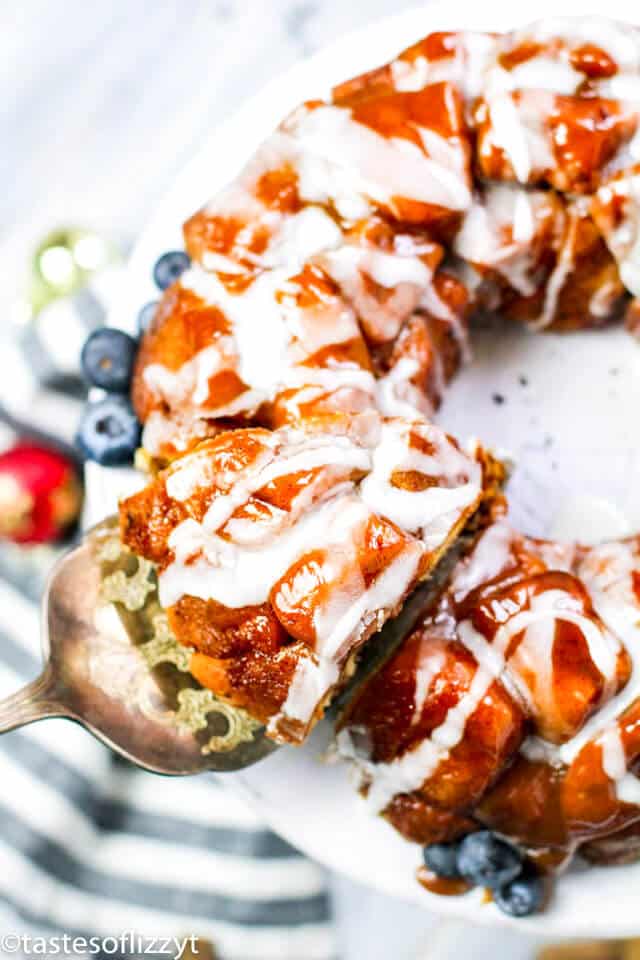 Monkey bread is one of those recipes that is just dangerous to have around. In less than an hour from start to finish you can be enjoying warm, caramelized cinnamon bread that is perfectly acceptable to eat with your fingers. This easy recipe is a great way to use up a little leftover eggnog!

Why do they call it monkey bread?

So where in the world did monkey bread get its name? The idea behind the name is that you pick the bread apart and eat it with your fingers. Just like a monkey would do! 🙂 No need to use a plate or fork with this one.

What are the ingredients for monkey bread?

The second part of monkey bread is the sugary sauce that helps to hold the bread together. For this you’ll need brown sugar, white sugar, butter, allspice, vanilla and of course eggnog. 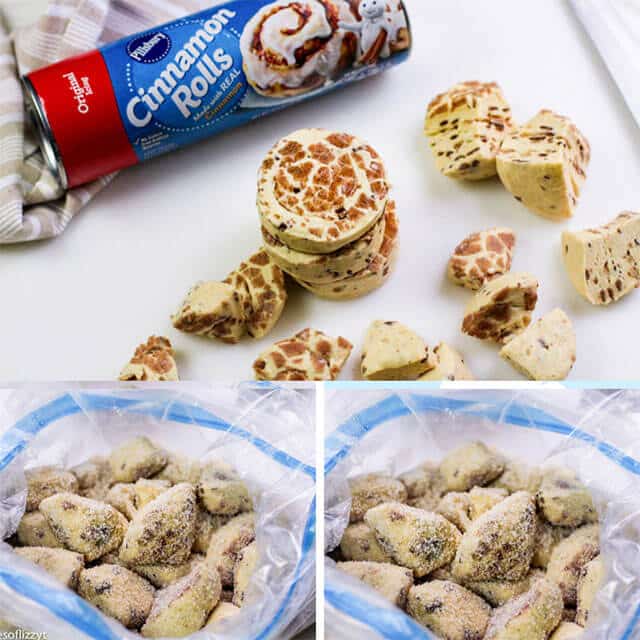 How do you make monkey bread?

Let’s walk through the steps on how to make an easy monkey bread. 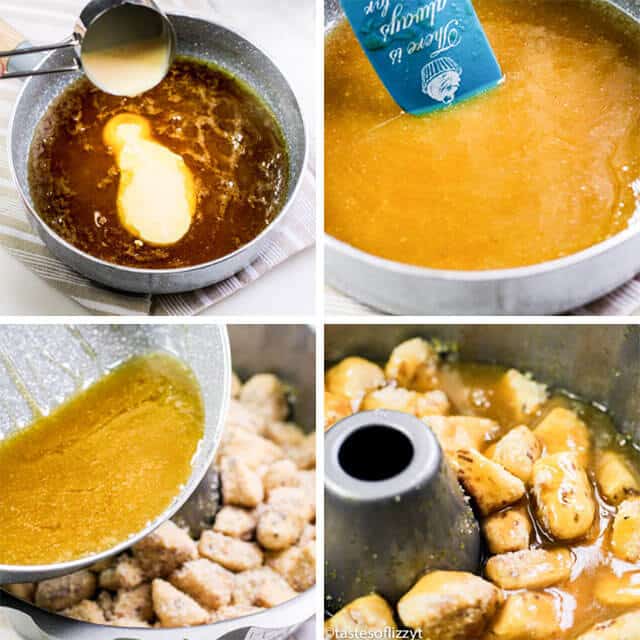 Can you refrigerate monkey bread before baking?

This recipe is best when made right before baking. The store bought cinnamon roll pieces may become flat and not bake up well if you put this together the night before. To shorten prep time in the morning, have sugar mixed together and other ingredients measured and ready to go for a quick breakfast.

How do you know when monkey bread is done?

The bread should be slightly puffed and golden brown. Tap the top of the bread. If it sounds hollow, the bread is cooked through. 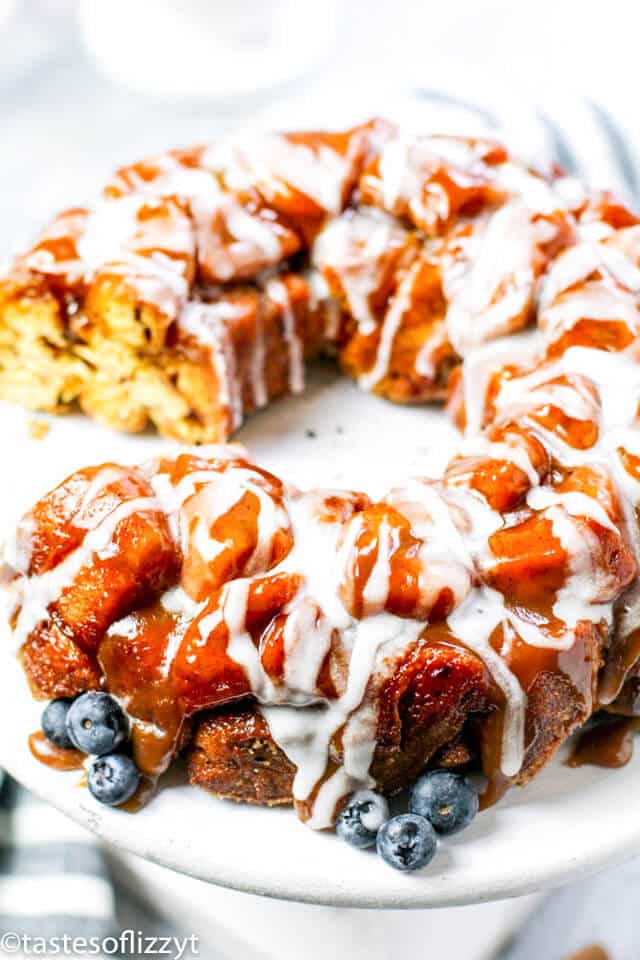 How do you store monkey bread?

Monkey bread is best stored at room temperature in a well sealed container. If you refrigerate it, it will get hard and not be that gooey, soft monkey bread that you know and love.

Can I reheat monkey bread?

We normally just reheat monkey bread on a plate in the microwave. That is the quick & easy way. If for some reason you have a lot of leftovers, you can preheat an oven to 250º Fahrenheit. Grease a pan that is large enough to hold the monkey bread leftovers. Place the bread in the pan and reheat for about 5 minutes to start. Add a few more minutes if needed until the bread is as warm as you’d like it. 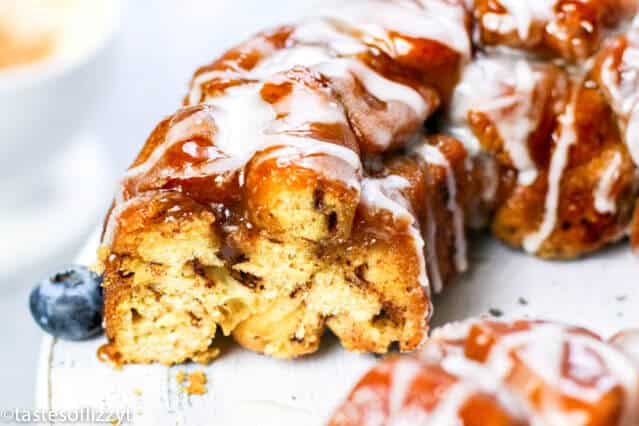 What can I make with leftover eggnog?

Eggnog is great for baking and can be used in place of milk in many recipes. Because eggnog is already sweetened, you may want to slightly reduce the amount of sugar in the recipe. Here are a few of our favorites: 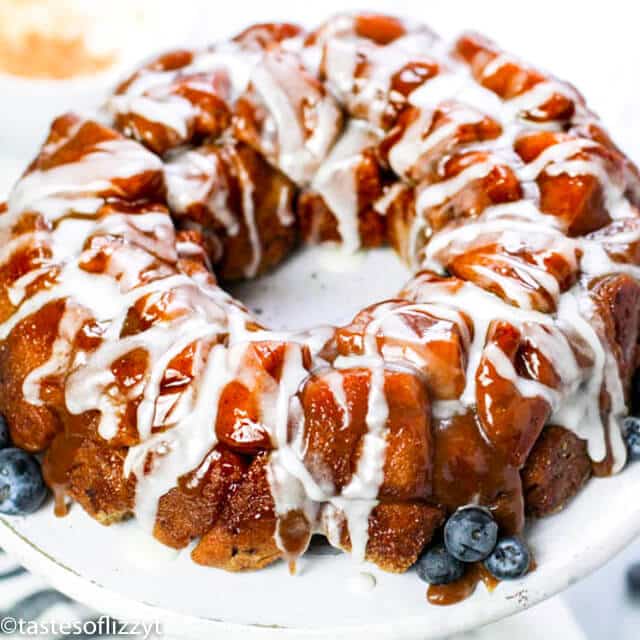 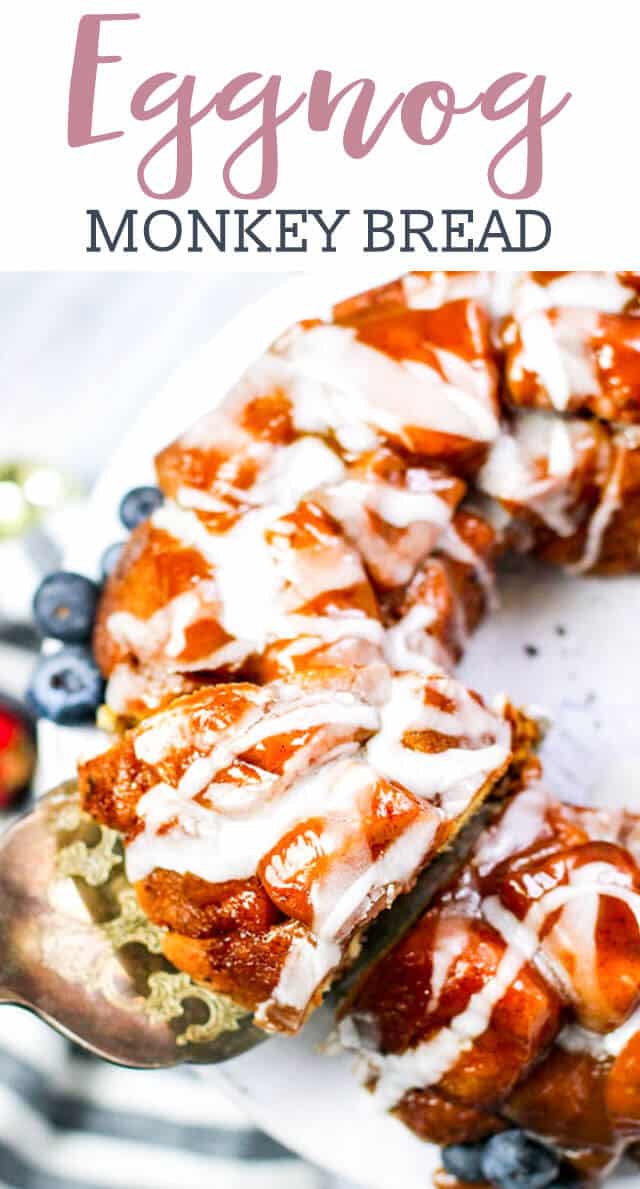 Now, this is an interesting combination.