Home » Frozen Pumpkin Pie
This post may contain affiliate links which won’t change your price but will share some commission.
JUMP TO RECIPE PRINT RECIPE

Frozen pumpkin pie is a delicious frozen dessert, with cappuccino gelato sitting inside a gingersnap crust. Looking for an alternative to traditional pumpkin pie? Try this easy pumpkin recipe! You may also love our sweet potato pie! 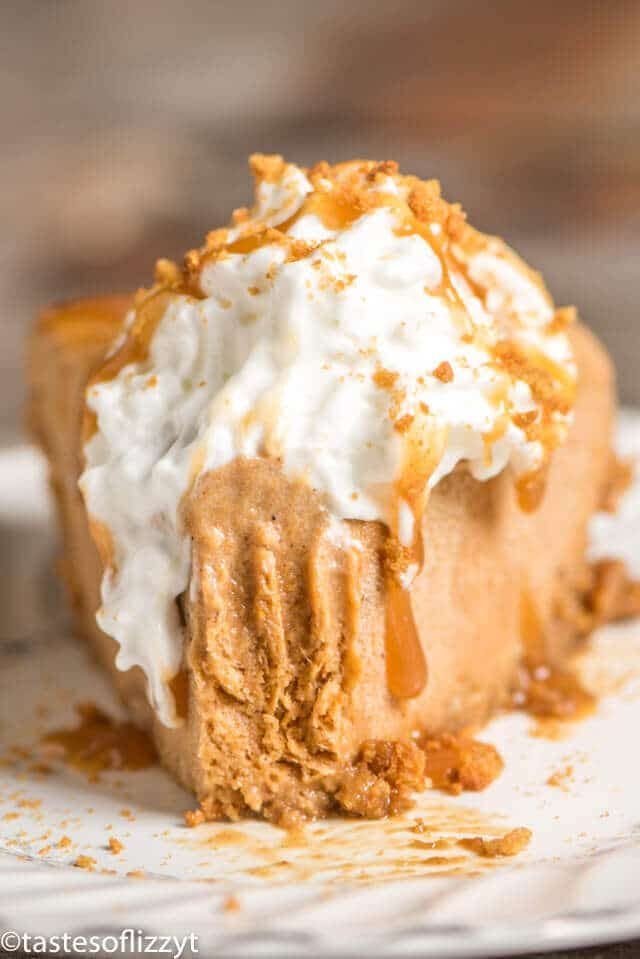 This is a sponsored post for HemisFares™ brand that is available exclusively at Kroger family of stores.  All opinions are honest and 100% my own.

It’s pumpkin spice season! Raise your hands high if you’re ready for pumpkin spice everything. We’re ready to cozy up with our hoodies, hot drinks and baked muffins. But in reality, the weather most days is still warm outside and instead of a hoodie and coffee, I’m ready to run to the local ice cream shop for a cool, creamy dessert.

This Frozen Pumpkin Pie gives you the best of both worlds…those classic cinnamon, pumpkin spice flavors in a no-bake pumpkin dessert that is cool and refreshing. 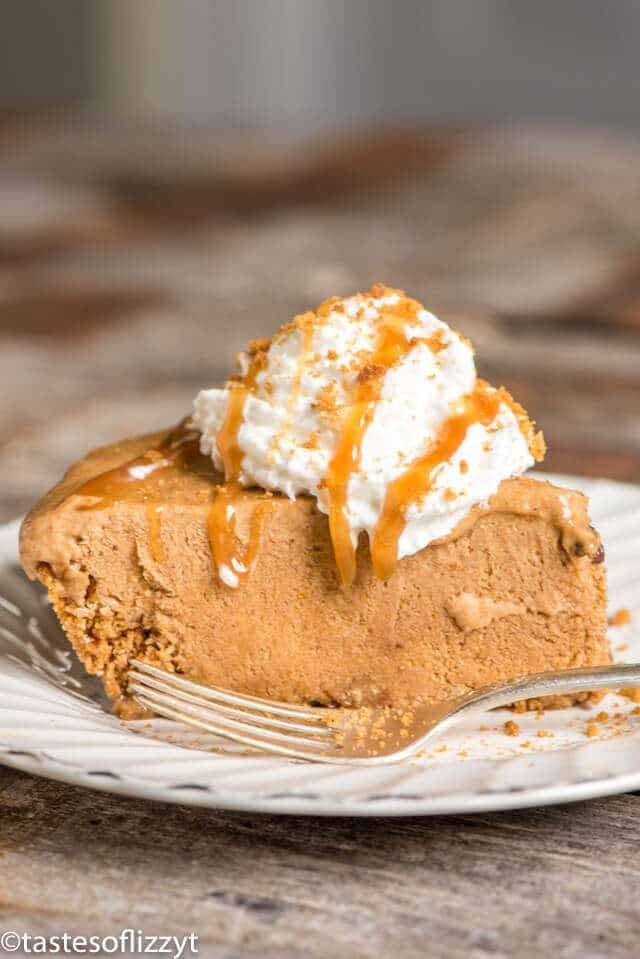 How to Make a Gingersnap Crust

This easy pie recipe starts with a gingersnap crust. You could use any type of crust that you’d like….a prebaked traditional pie crust, graham cracker crust, oatmeal crust. But when I think pumpkin, gingersnaps immediately come to mind. The snappy ginger flavor will pair so well with the spices in the pumpkin filling.

Simply crush gingersnap cookies either with a rolling pin or in a food processor. Add sugar and melted butter. Mix well and press into the bottom of a deep dish, 9″ pie plate. If you don’t have a deep dish pie plate, you’ll have enough filling to make two smaller pies. And two pies is not a bad thing at all.

How to Make a No Bake Pumpkin Pie Filling

The filling to this frozen pumpkin pie is easy. Simply mix together a can of pumpkin puree, brown sugar, salt and spices. We like our pumpkin pies packed with flavor and spice, so feel free to adjust the amount of spices you add to your liking.

Once that is mixed together, it’s time to add HemisFares cappuccino gelato. Remember this frozen chocolate peanut butter pie? We’re coming at you again with this deliciously creamy dessert, but this time instead of chocolate gelato, we chose cappuccino gelato. Pumpkin spice lattes are what everyone is raving about, so why not turn it into a pumpkin spice latte frozen dessert?

It’s important to take the gelato out of the freezer 15-20 minutes before making this recipe. You’ll want the gelato to be softened so that it mixes into the pumpkin.

After you’ve frozen the pumpkin pie (which will take at least 4 hours), it’s time to serve the pie. We like topping our pumpkin pie with:

If you like trying new foods from around the globe, head to Kroger and look for their HemisFares line of fine foods. Not only do they have this creamy, sweet gelato, but they also have pastas, oils, sauces and more, sourced directly from the region it comes from and imported to Kroger stores. This Cappuccino Gelato is Find #53 and comes from Sicily, Italy, where Italians have perfected the art of gelato making so that we could enjoy it. 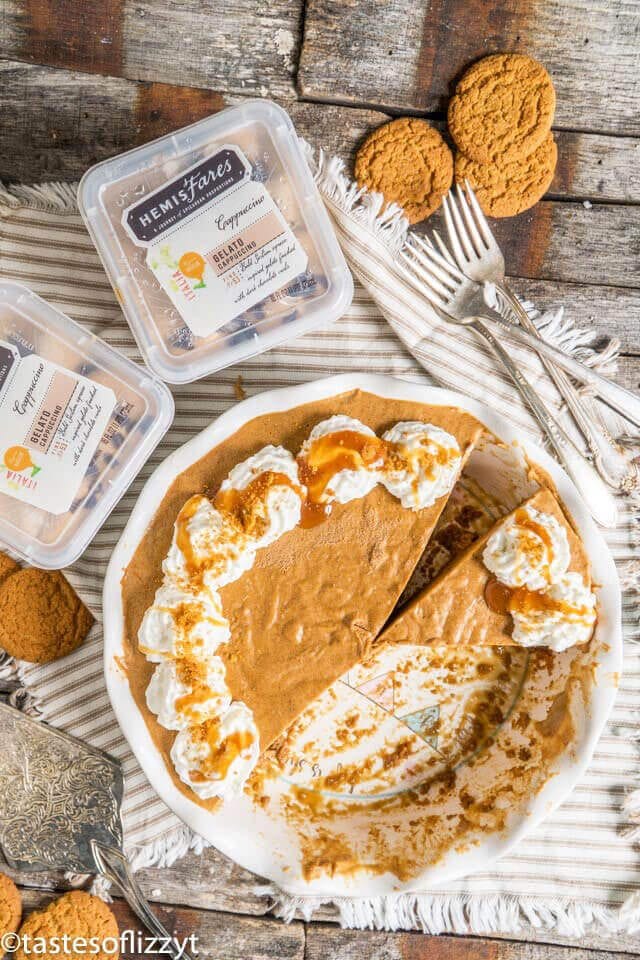 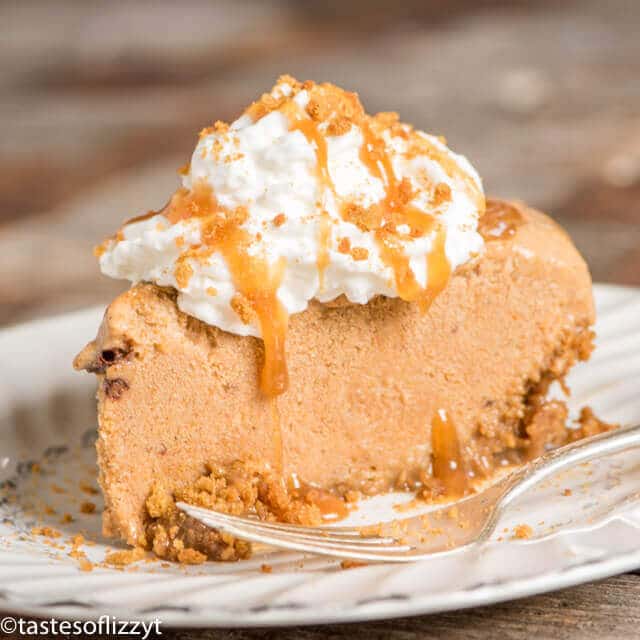 I can’t buy pumpkin spice or can pumpkin where I live in Australia. Can I make the pumpkin spice from scratch? What are the ingredients?
THANKS

This sounds so and looks so yummy!! I will be making this for Thanksgiving pie table and will let you know how everyone likes it!! Marie Goodson

I can’t wait to try this recipe. I bought the gelato today and ginger snaps. It will be a nice change from plain old pumpkin pie. Will let you know how it turns out. Thanks for the recipe.