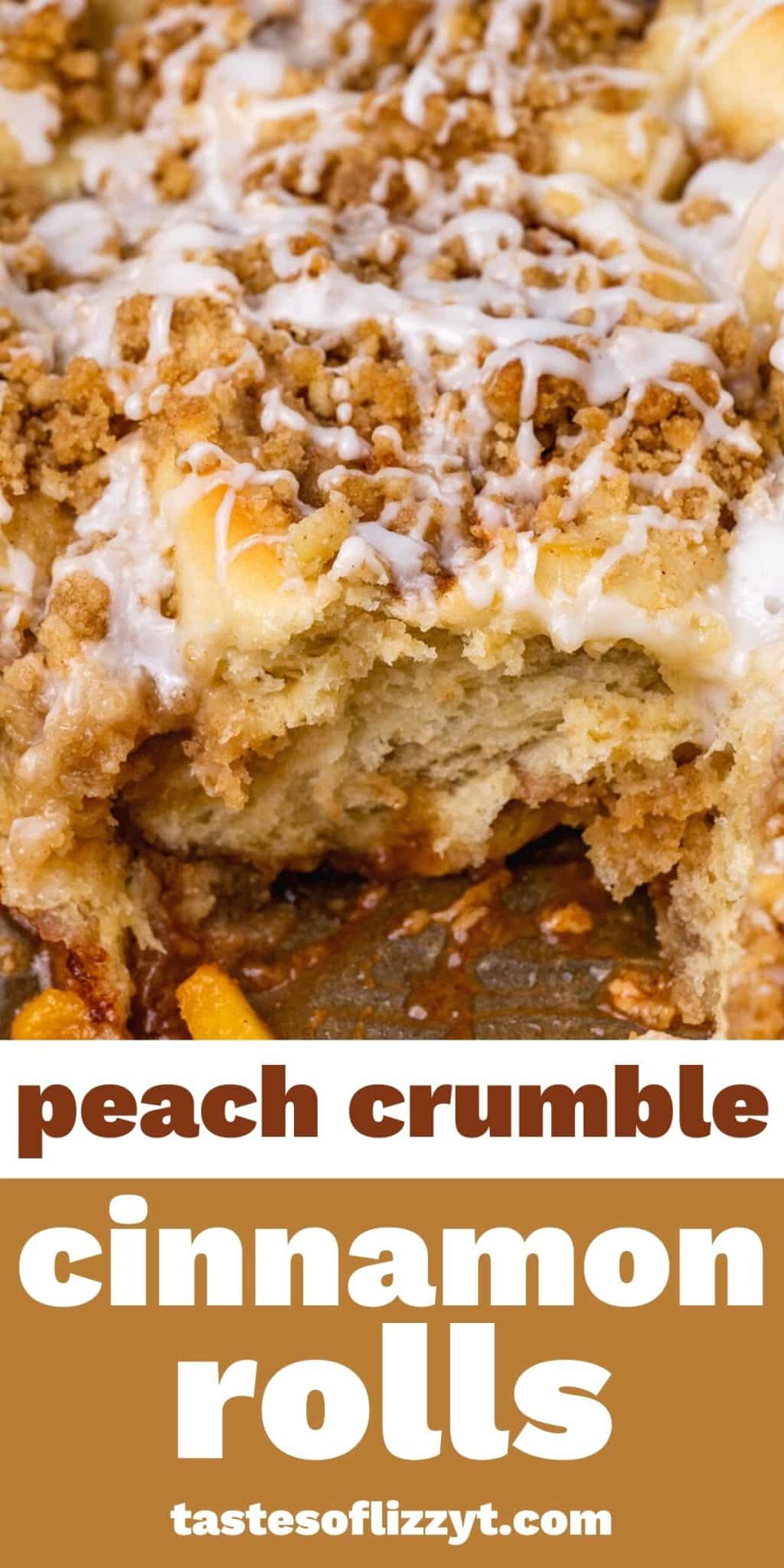 These peach crumble cinnamon rolls are sure to become a breakfast favorite. They’re made with fresh peaches, a crunchy streusel topping and glaze.

Two of my favorite sweet desserts are cinnamon rolls and fruit crumbles & crisps. The recipe I’m sharing today is a mashup of these two favorites….Peach Crumble Cinnamon Rolls.

This is a great recipe to make when you have a few fresh peaches on hand. It only takes about 4 or 5. You’ll end up with a showstopper of a cinnamon roll that would be perfect for a breakfast treat, brunch or with vanilla ice cream for a dessert.

Does cinnamon and peach go together?

Yes, they sure do. Just as apples and cinnamon are inseparable, so are peaches and cinnamon. Most peach cakes, our peach cobbler recipe and peach crisps all have cinnamon in them.

Cinnamon brings a warmth to the sweet peach flavor so it works well together.

Do you have to peel peaches for baking?

You don’t have to peel peaches, but I 100% recommend it. I’m ok with eating fresh peaches with the peel, but for the best flavor and texture of the pie, take the extra few minutes and peel the peaches.

To easily peel the peaches, put a large pot of water on to boil. Once the water is boiling, drop the fresh peaches into the water and allow them to boil for 30 seconds.

Take the peaches out of the boiling water and immediately plunge them into a bowl of ice cold water. This will stop the cooking process, help the skin loosen and allow you to handle the peaches easily to remove the skin.

You can then cut peach slices and dice them into small pieces for baking. If the peaches have a lot of juice, let them drain before putting them in the cinnamon rolls.

What yeast is best for cinnamon rolls?

There are two general types of yeast you can buy in the store: active dry yeast or instant yeast. I like to use instant yeast for cinnamon rolls and most of my other baking, too. With instant yeast, you do not have to proof the yeast. Mix the yeast into the other dry ingredients and add to liquids that are 120-130ºF.

If all you have is active dry yeast, sprinkle the yeast over the warm milk, but if the yeast goes right on top the milk, the milk should be about 110ºF so it doesn’t kill the yeast. Allow the yeast to froth for 5 minutes, then continue with the recipe (making sure the melted butter isn’t over 110ºF either). 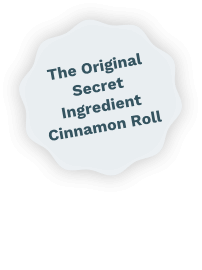 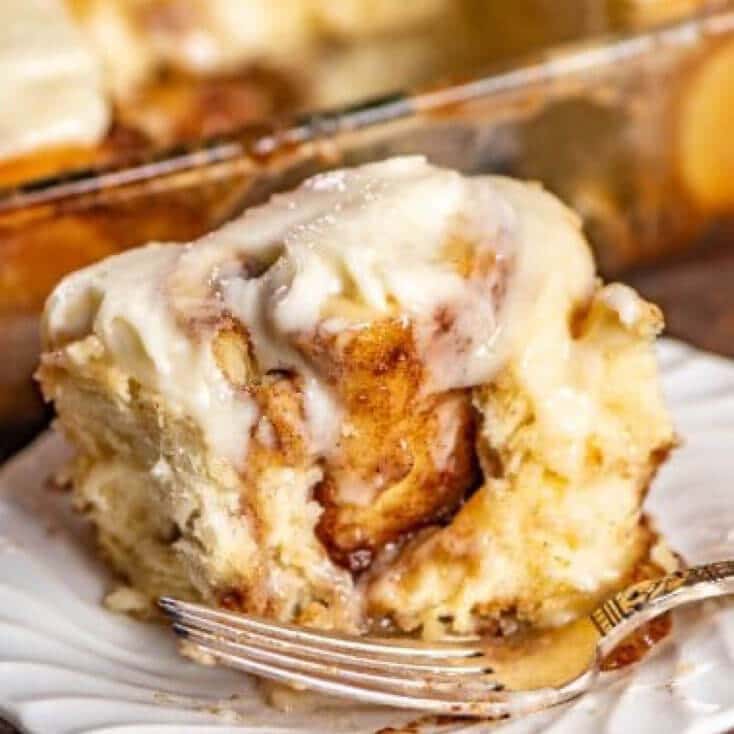 The peach crumble cinnamon rolls should be stored in an airtight container. You can keep them at room temperature for up to 24 hours, but then refrigerate. Store leftovers in the fridge for up to 3 days or freeze for up to 6 weeks. 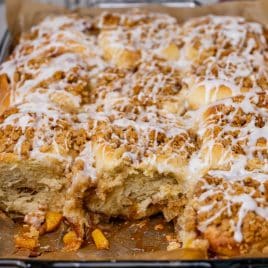 *Different yeast calls for slightly different proofing methods. Please check your yeast packet to see what temperature the milk should be at. **If you don’t have cream, use half and half, coffee creamer, evaporated milk, whole milk or coconut cream. Any of these will work. Even 2% milk will work, but we prefer a higher fat milk. ***For smaller rolls, cut the dough into 15 slices and use a 10×15″ baking pan. The larger pan will also allow the rolls to rise more evenly. Overnight Instructions We often make the cinnamon rolls and get them to the point of the second rise (when they are rolled out, cut up and put in the pan). Cover and refrigerate until morning. The morning you want to bake them, pull them out of the refrigerator. They may have doubled in size in the fridge overnight. If they have, let them sit for 30 minutes to get the chill off, then bake. If they did not rise in the fridge overnight, allow them to rise at room temperature. Plan about at least an hour for this. Then pour on the cream and let them bake. *The Calorie count shows the amount with ALL of the frosting used. There will be less calories in the rolls if you don’t use all of the frosting at once. Calories are per roll with the recipe making 12 frosted rolls.

Oh good heavens! This was delicious! I should have measured my peaches and then immediately left them in a colander to drain. I didn’t realize how much juice they had until I had already dumped it on top of the dough. Because of that some of my peaches did fall out, but I think that was because I was unable to roll it as tightly as usual because I had too much juice. Next time (and there will be a next time) I might try to put the peaches on first and maybe attempt to press them into the dough… Read more »

Could you make this recipe with canned peaches?

Currently enjoying the finished recipe and it is perfect. So delicious!! I used canned peaches because I wanted to make them right now and that’s what I had, and they turned out so good. I just made sure to drained them well and squeeze out some of the extra juices. I also halved the recipe, cut 8 rolls from it, and baked in a 9 inch round pan with the same baking temp and time (27 mins). Definitely making these again!