Home » Apple Butter Buttercream Cupcakes
This post may contain affiliate links which won’t change your price but will share some commission.
JUMP TO RECIPE PRINT RECIPE

Apple Butter Buttercream Cupcakes are one of the best apple recipes to make for a fall dessert! A simple cinnamon cupcake with apple butter creamed into the buttercream for a classic fall flavor! 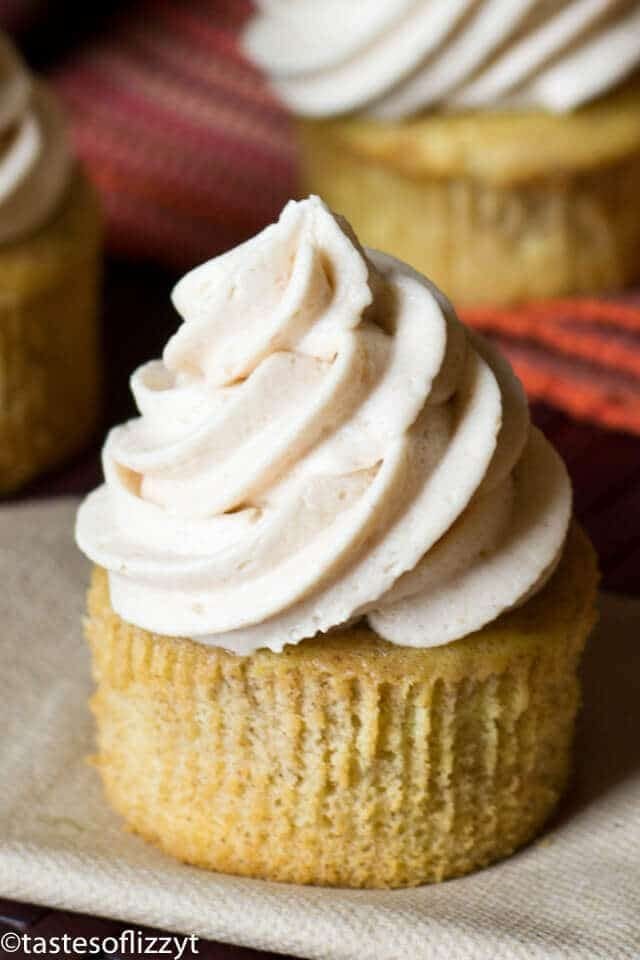 I have a simple recipe for you today, but this was possibly my favorite of our apple butter recipes that we tried.

I am a sucker for buttercream. If you’ve been following us for any amount of time, it’s really no secret. Maddie is picky about her buttercream, but I love buttercream of any kind.

I knew I had to try adding our homemade apple butter into my favorite buttercream recipe, and I’m so glad I did.

I’ve always enjoyed baking and following recipes, but we are new to developing recipes of our own, so I’m always a little nervous to try something new.  I don’t like wasting things, so I really like a recipe to turn out perfectly the first time.  Which doesn’t always happen.

I was pretty certain these Apple Butter Buttercream Cupcakes would be perfect the first time, though, and I was right.

I love the tangy taste of apples that combines with the sweet buttercream.

And the pile of buttercream that sits upon the simple cinnamon cupcake is perfect.

Remember that our cinnamon cupcakes start with a boxed cake mix, so they are super easy and with the added pudding mix?  They come out unbelievably moist.

One of our secrets to making amazing buttercream is to whip the butter by itself for several minutes until it becomes almost white.  Then you’ll add in your other ingredients and whip them together until they become a fluffy, light frosting.

This apple butter buttercream will melt in your mouth.  And this is a fall recipe that even the pickiest eaters will like, since it is so simple and basic. 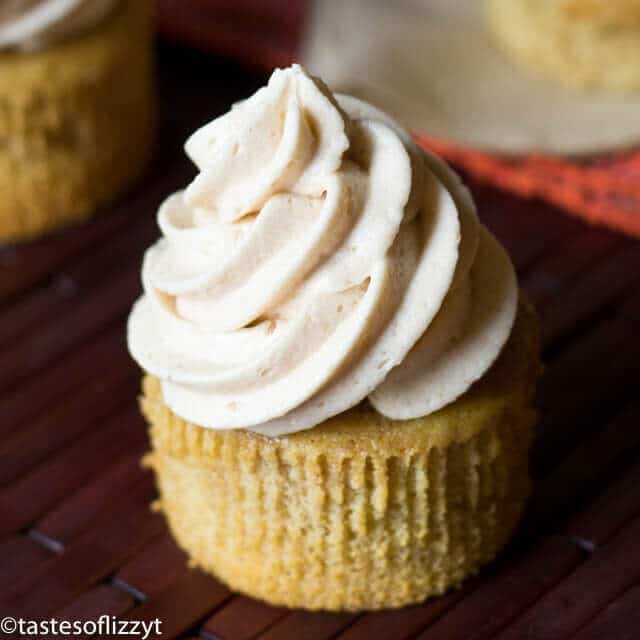 The cake part was simple enough although it did not have enough cinnamon so I included more, The actual frosting though was a problem, apple butter does not have a strong enough apple flavor for the buttercream making it taste to much like the actual butter. This can be fixed by using an apple extract or like what I did which was spicing it up with cinnamon cloves and a bit of lime juice for acidity. It also helps to make an apple pie filling for the inside which gives it more apple flavor which the cupcakes would not have… Read more »