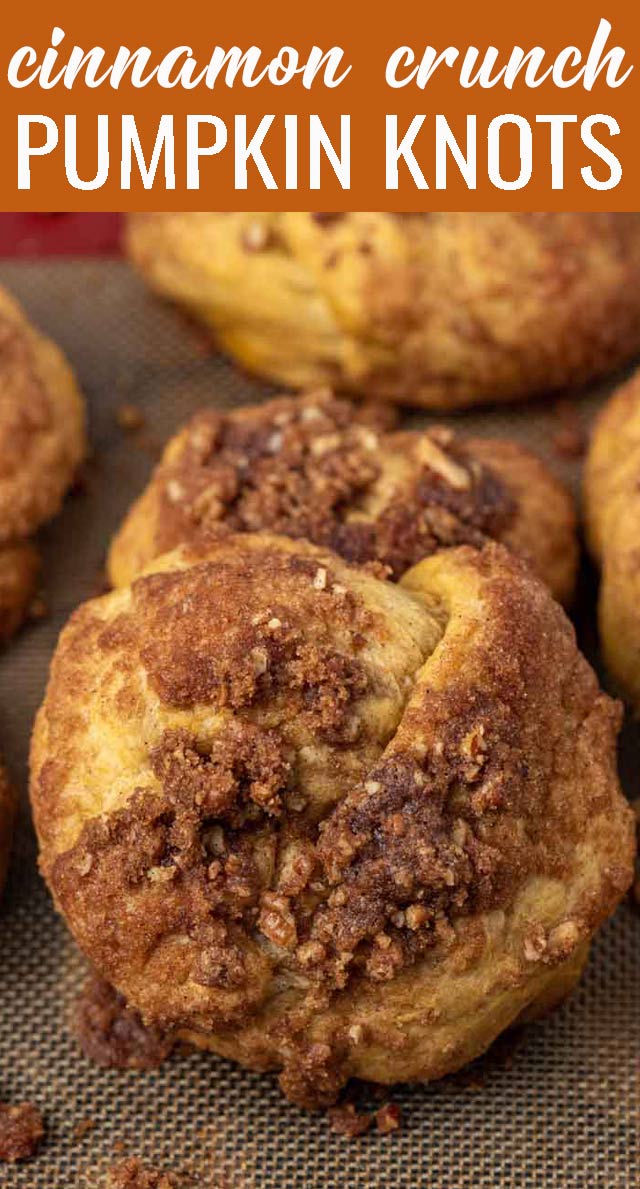 Cinnamon Crunch Pumpkin Knots a soft, mild flavor and pretty golden color, thanks to the pumpkin puree they are made with. You’ll love the buttery, cinnamon sugar crunch that covers the outside! These pumpkin knots are one of our best easy pumpkin recipes for a fall breakfast.

We’ve been working hard for you the past couple weeks, and I think you’ll be proud of us! After original struggles to make variations of our ever so popular egg twist bread, we finally tried something new. A pumpkin flavor. And not only that, but with loads of cinnamon and sugar on top! And boy, do I mean LOADS.

Just take a look at these beauties.  Cinnamon Crunch Pumpkin Knots. They are kind of like a sweet roll and kind of like a donut. Wouldn’t they make such a delicious Thanksgiving breakfast?

This incredibly soft and sugary pumpkin bread was partly a remix of our egg twist bread, and partly inspiration from Half Baked Harvest.

Her cinnamon crunch braided bread caught my eye immediately on Pinterest.  It’s really no wonder. With a name like “cinnamon crunch”, you know it has to be good.

In her recipe, Tieghan shares how to make a cinnamon crunch topping for her bread. With pumpkin on the brain, I knew I had to use her technique to create something special for fall.

What we did was quite simple.

Oh my goodness…when you bite into that cinnamon crunch, you guys. I don’t even care how much sugar is on these Cinnamon Crunch Pumpkin Knots, and you shouldn’t, either. It’s fall, after all! Celebrate fall by eating some great pumpkin recipes this year! 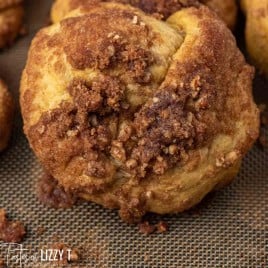 If you have a bread maker, you can prepare the dough in the bread maker on the dough setting and then remove it, form the knots, and bake in the oven. If you have a stand mixer, you can use the dough hook to knead the bread for 5-7 minutes using the mixer.   The calories shown are based on the recipe making 14 rolls, with 1 serving 1 roll. Since different brands of ingredients have different nutritional information, the calories shown are just an estimate. **We are not dietitians and recommend you seek a nutritionist for exact nutritional information.** 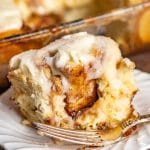 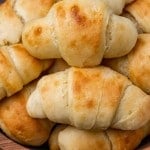 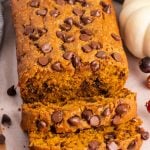 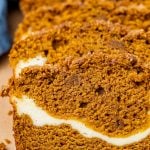