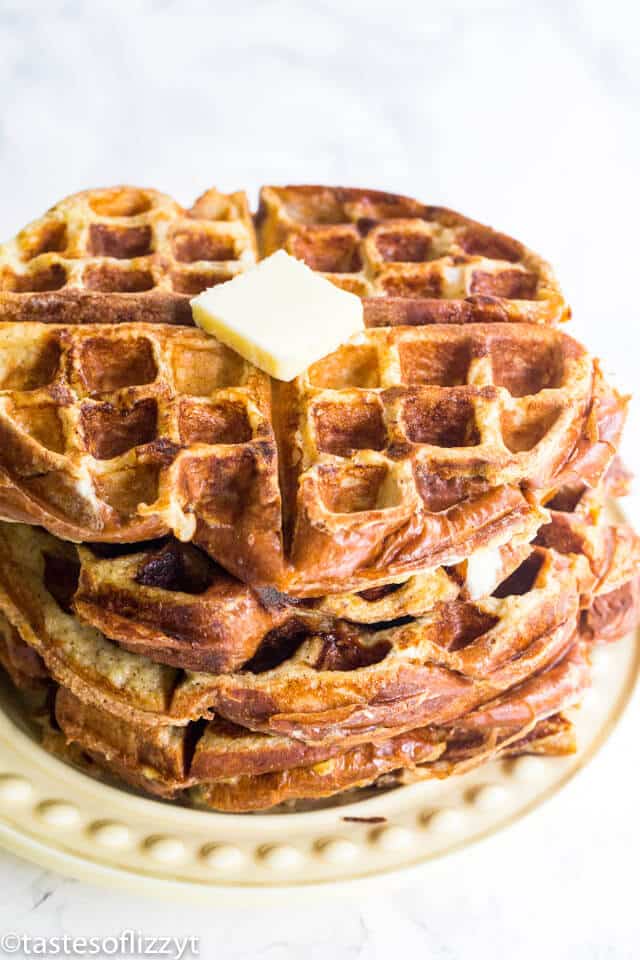 French toast waffles are a fun and delicious way to enjoy the taste of French toast, in the form of homemade waffles! This kid-friendly breakfast recipe is perfect for a weekend brunch.

Waffles are a treat in our house. Although we normally keep whole grain waffles in the freezer for an easy breakfast, we also like apple waffles, churro waffles and even chocolate waffles loaded with ice cream for a delicious dessert. 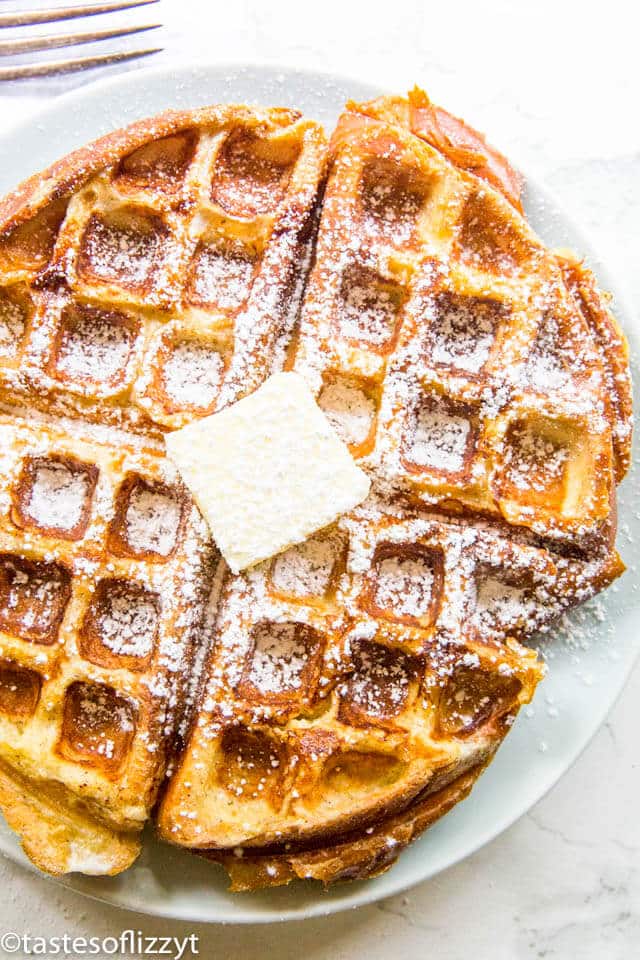 Waffle iron recipes are increasing in popularity. There are recipes online for hash brown waffles and cinnamon roll waffles. Learning how to make French toast waffles fits in perfectly, doesn’t it? 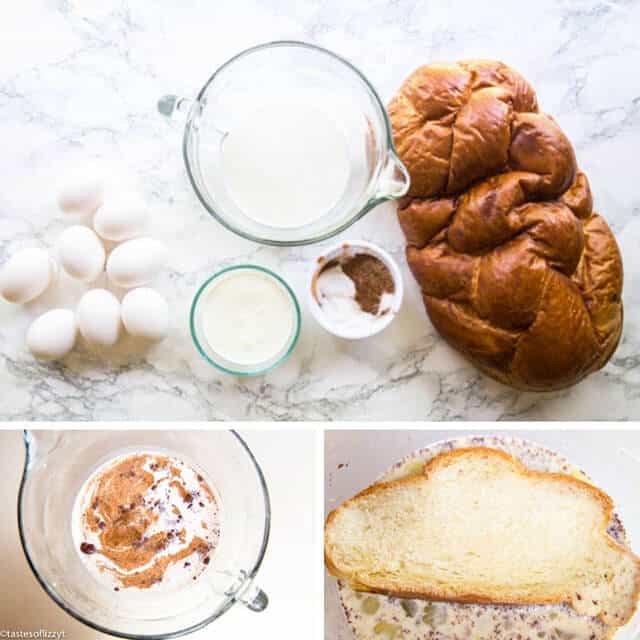 How to make French Toast Waffles

This is such an easy waffle recipe! You can prepare the French toast batter while your waffle iron preheats. Since you’re essentially making French toast, there’s no yeast or leavening agent in the batter. This means that the batter won’t need to rest like it does when you make traditional buttermilk waffles or pancakes. 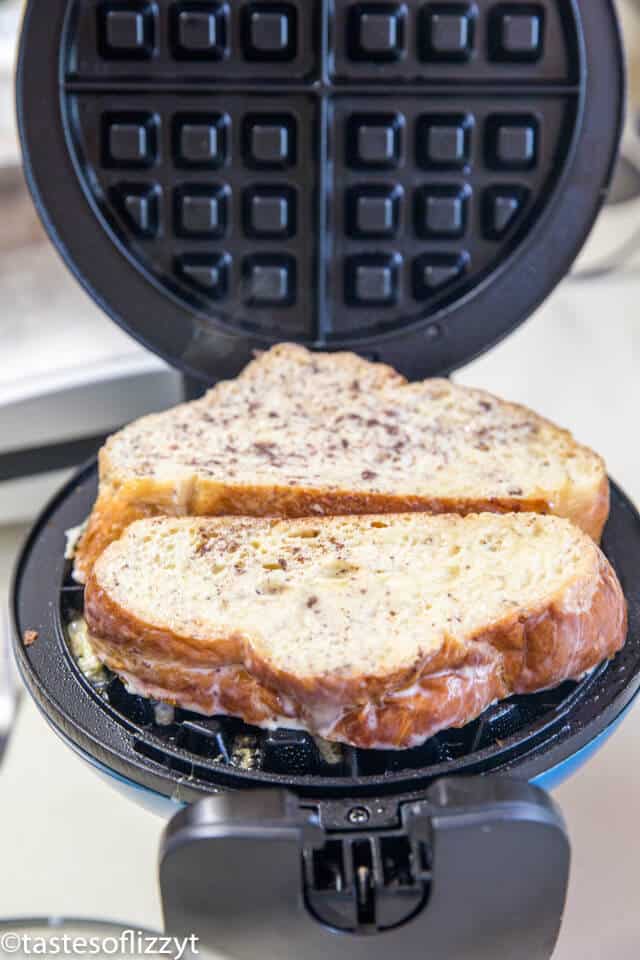 How long do waffles need to cook?

You’ll need to cook the waffles long enough to allow the French toast to get crisp and golden brown. Depending on how thick the bread slices are, this can take anywhere from 4-6 minutes. We often find that the timer on the waffle iron is not exactly correct. If the bread is not golden brown when the timer goes off (or the waffle iron light goes away), allow it to sit in the iron just a little bit longer.

Can I freeze French toast waffles?

Absolutely! These waffles freeze beautifully, so they’re a great make-ahead breakfast or meal prep idea. To avoid soggy waffles, be sure to allow the cooked waffles to cool completely before freezing them. They’ll need to be placed into zip-top plastic freezer bags or an airtight, freezer-safe container.

How to reheat frozen waffles:

For a crispy textured waffle, reheat the waffles in a toaster; for a softer texture, reheat in a microwave.

What can I put on waffles instead of syrup?

French toast waffles are best served warm. Top them with maple syrup, powdered sugar, or a dusting of cinnamon sugar. If you would like a fruit topping, try our raspberry or strawberry sauce. I often top my waffles or pancakes with a sprinkling of brown sugar. It’s so simple, but so very good!

What to Serve with Waffles for Breakfast

As is the case with any breakfast of waffles or French toast, a side of crispy bacon or sausage and some fresh fruit salad would be wonderful with this breakfast. Maybe even a fruit smoothie, too!

What kind of bread is best for French toast?

If you would like to make a homemade bread for French toast, we recommend:

5 from 3 votes
French toast waffles are a fun and delicious way to enjoy the taste of French toast, in the form of homemade waffles! This kid-friendly breakfast recipe is perfect for a weekend brunch. They're freezer-friendly, too!
Servings 10
Prep Time 10 minutes
Cook Time 10 minutes
Total Time 20 minutes
Print RecipePin Recipe0Review Recipe
Prevent your screen from going dark 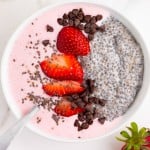 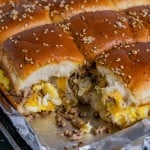 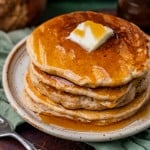