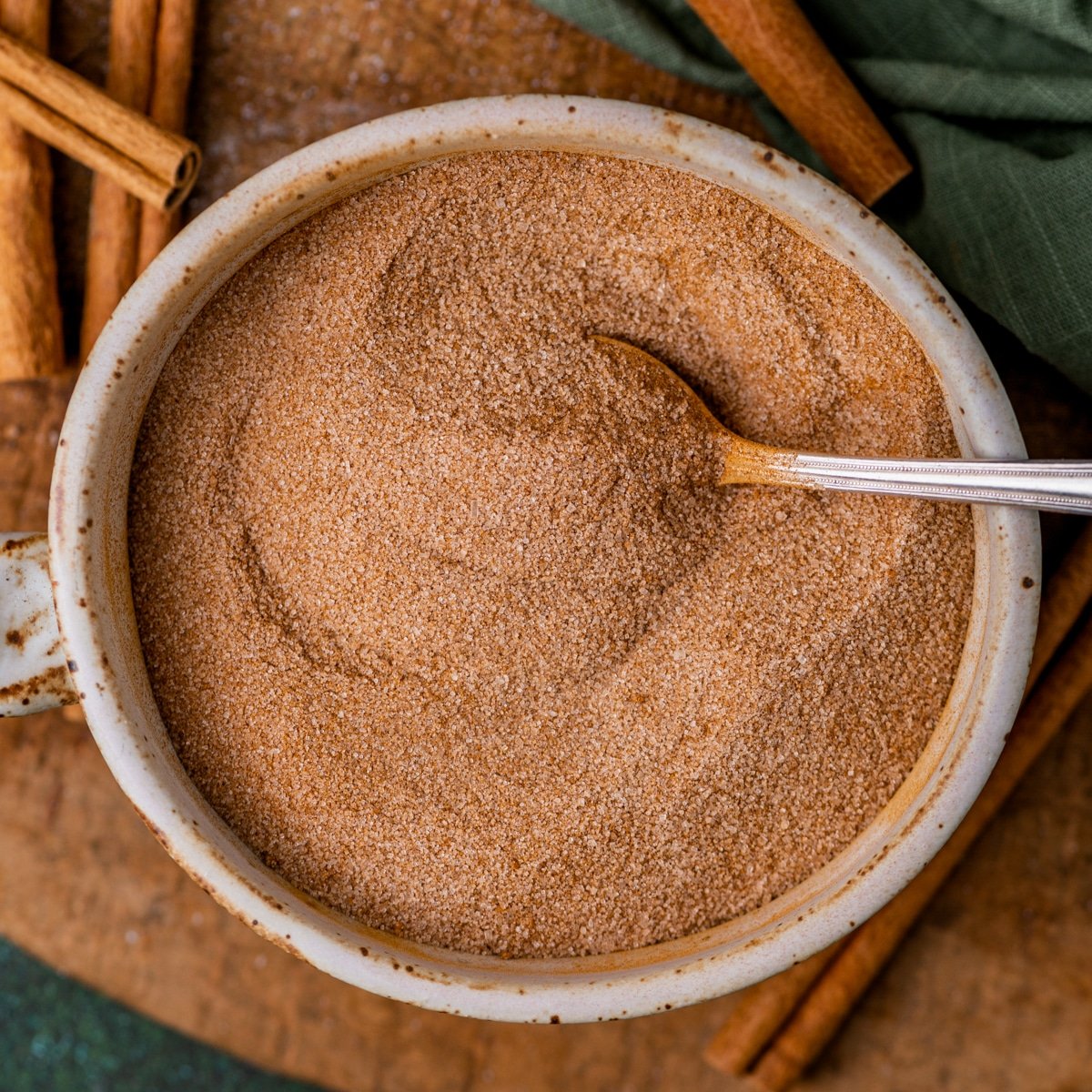 Cinnamon and sugar are used together in many baked goods and desserts. Find out the perfect cinnamon sugar ratio in How to Make Cinnamon Sugar.

One of the timeless comfort foods that almost everyone loves is buttered toast sprinkled with cinnamon. I ate it endlessly during my childhood. Did you?

Many love the taste of cinnamon and sugar, whether it is in cinnamon rolls, sprinkled over ice cream, snickerdoodles or any variety of baked treats. There’s an easy way to make your own blend, so you can whip it out whenever the mood strikes. This is a simple step-by-step DIY guide.

What is cinnamon sugar made of?

You can buy this mixture in the store, but it is an easy combination of just two ingredients and is so much more economical to make it at home.

What is the proper ratio?

The common ratio is 1:4. 1 part of cinnamon to 4 parts of granulated sugar.

For this recipe, I used ¼ cup of cinnamon to 1 cup of granulated sugar.

Give it as a Gift

Preparing a gift basket or looking for a homemade gift to give? Make several batches, put in a cute glass jar or container, then wrap it or tie a ribbon around the top. Easy!

Cinnamon and sugar will store for quite awhile, but it is probably best if you use it within 6 months since weather and humidity could affect it.

Store it in an airtight container at room temperature. 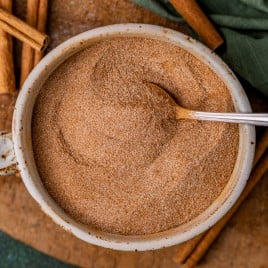 How to Make Cinnamon Sugar

4.67 from 3 votes
Cinnamon and sugar are used together in many baked goods and desserts. Find out the perfect ratio of these two ingredients in How to Make Cinnamon Sugar.
Servings 20
Prep Time 5 minutes
Total Time 5 minutes
Print RecipePin RecipeReview Recipe
Prevent your screen from going dark

Use a fork to press out any lumps, or sift the mixture through a sifter to break up any little clumps. Refer to the article above for more tips and tricks. The calories shown are based on the recipe making 1 ¼ cups, with 1 serving 1 tablespoon. Since different brands of ingredients have different nutritional information, the calories shown are just an estimate. **We are not dietitians and recommend you seek a nutritionist for exact nutritional information. The information in the nutrition box are calculated through a program and there is room for error. If you need an accurate count, I recommend running the ingredients through your favorite nutrition calculator.**

Although cinnamon isn’t as sweet as sugar and should not be used as a substitute for sugar in baking, it can add a subtle sweetness by sprinkling it on other foods. Cinnamon has a slight natural sweetness to it, but also, our minds often connect the flavors of cinnamon and sugar so we can trick ourselves a little by using just cinnamon.

Is there sugar in cinnamon powder?

There should not be sugar in cinnamon powder. Although you may come across a brand that does have sugar, it is uncommon. If you want pure cinnamon, check the label.

How to Use Cinnamon Sugar

Whether you sprinkle cinnamon sugar over a healthy Greek yogurt breakfast or have a homemade pretzels brushed with butter and dusted with cinnamon sugar, the options for this classic mixture are endless.

Try keeping some on hand for one of these recipes. 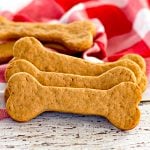 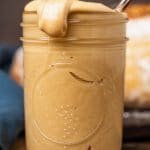 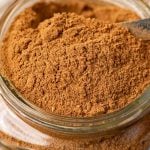 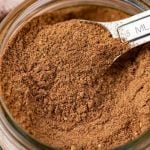