Home » Mexican Street Corn
This post may contain affiliate links which won’t change your price but will share some commission.
JUMP TO RECIPE PRINT RECIPE 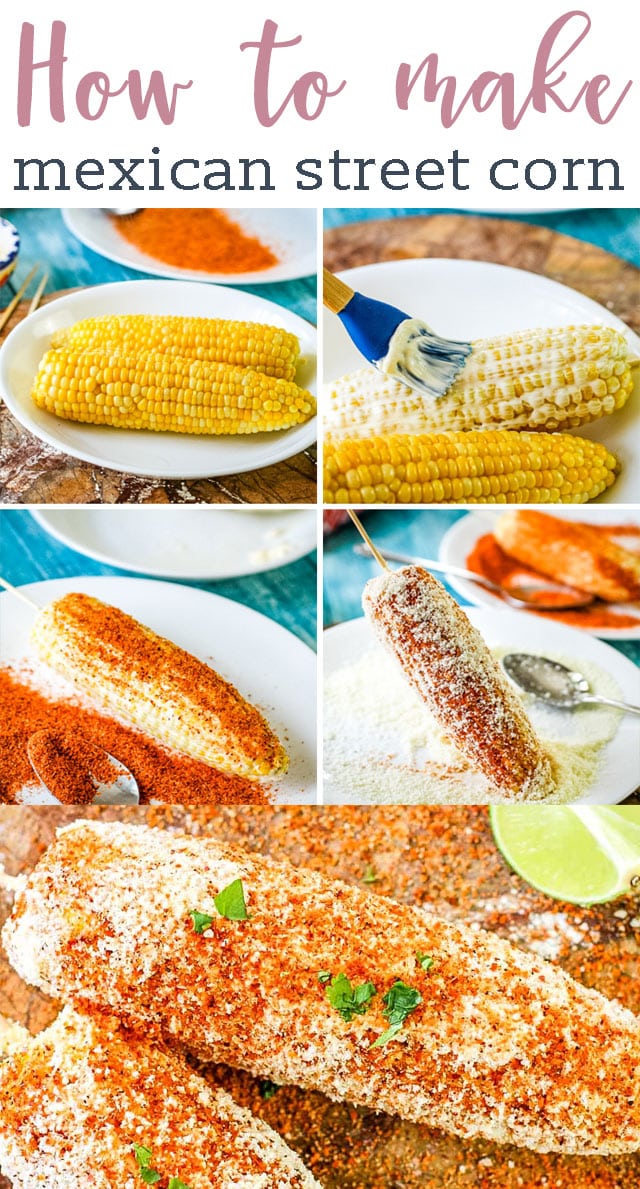 Today we’re talking all about how to make Mexican Street Corn, AKA Elotes! One of the best Mexican side dishes, we’ll share tips for getting it on the table quickly.

After we visited Louisville, KY, we fell in love with Mexican Street Corn. It might sound strange, but it’s true! We took the classic street corn flavors and turned them into a casserole, but today we’re showing you how to make the real thing. 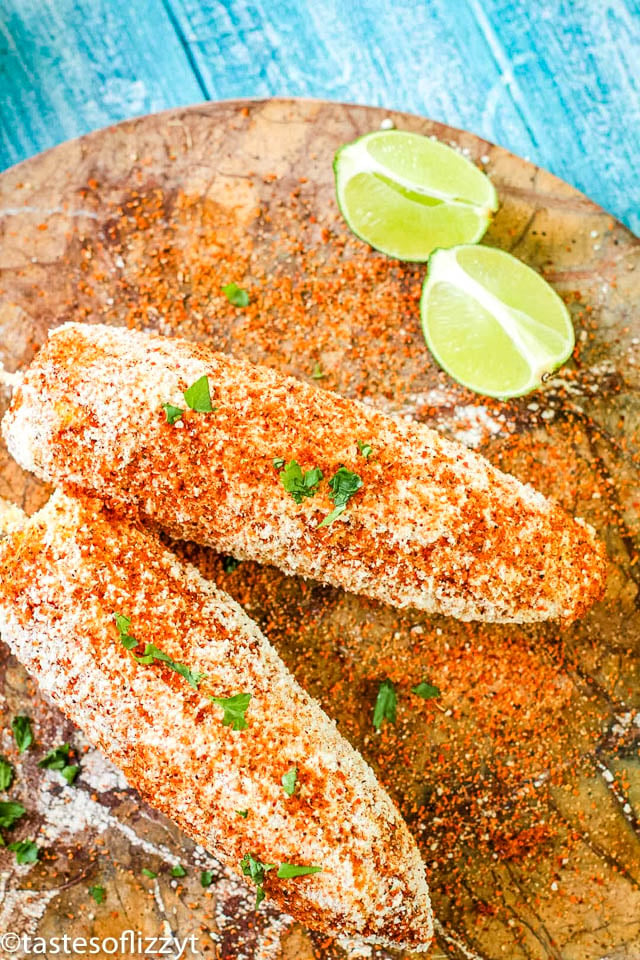 “Elote” translates to “corn cob”, so it’s obvious how this Mexican favorite got its name. It is also sometimes called “crazy corn”. You can find this staple at fairs and from street vendors in Central America.

Where is elote popular?

Elotes gained popularity in Mexico where people often ate it for a snack in the evening, but it has quickly spread to be a favorite in the United States also. We’ve found it at little authentic Mexican restaurants in many different cities. The first place we had it was in Kentucky! 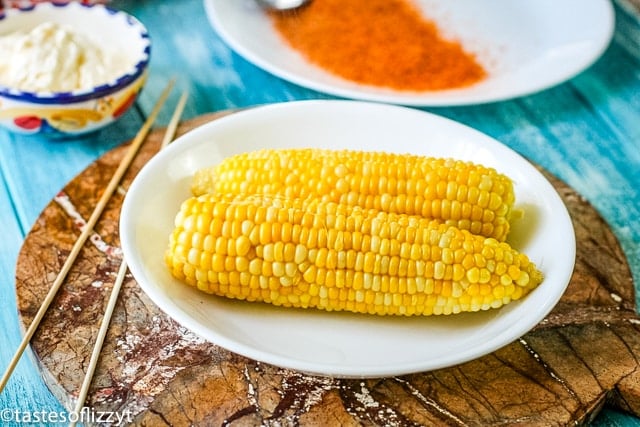 How to Make Mexican Street Corn

The first step to making Mexican Street Corn is to cook the corn.

How to Cook Corn

You can also grill the corn or oven roast it if you’d like. 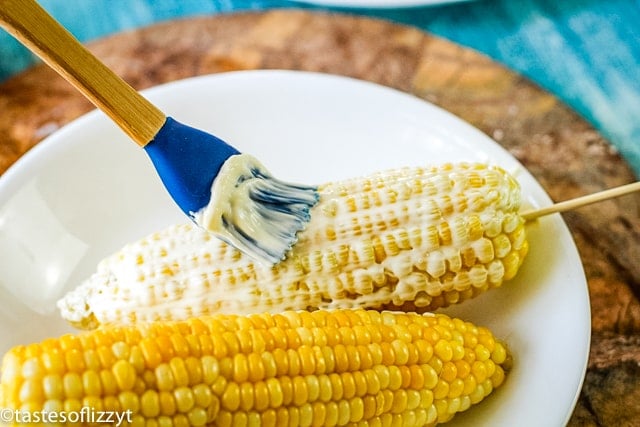 Brush the Corn with Crema

The next step is to brush the corn with a mayonnaise and sour cream combination. For the best flavor, use mayonnaise instead of Miracle Whip. Be as generous or as light with the cream mixture as you’d like, but cover the whole ear of corn.

Then you’ll sprinkle with spices. We used Tajin chili powder that you can get on Amazon (and some grocery stores). This seasoning has a chili lime flavor that you’ll love. Note…it is STRONG. You can put as much on as you’d like…some in our family like a little and some like a lot!

If you can’t find this seasoning and don’t want to order it online, you could try making it at home. 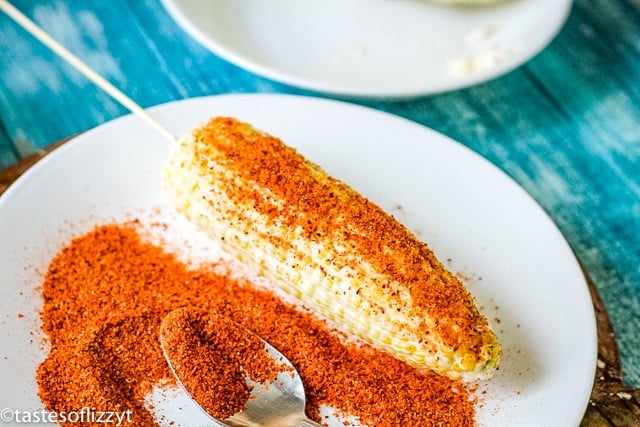 Lastly, sprinkle the corn with cotija cheese. This is my favorite part because…cheese!

When you buy Mexican street corn, it can have many different toppings: sprinkle with lime juice or chopped cilantro….or get crazy and put bacon on top. Yes!! 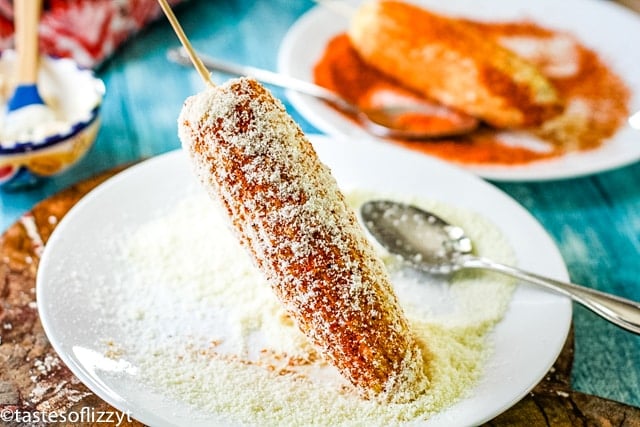 The short answer is yes, you can replace mayonnaise with Greek yogurt for Mexican street corn. It will change the flavor slightly, but if you are used to making that substitution regularly anyway, then you should enjoy it.

What to Serve with Mexican Street Corn

Mexican Street Corn is a classic side dish that pairs so well with any one of these: 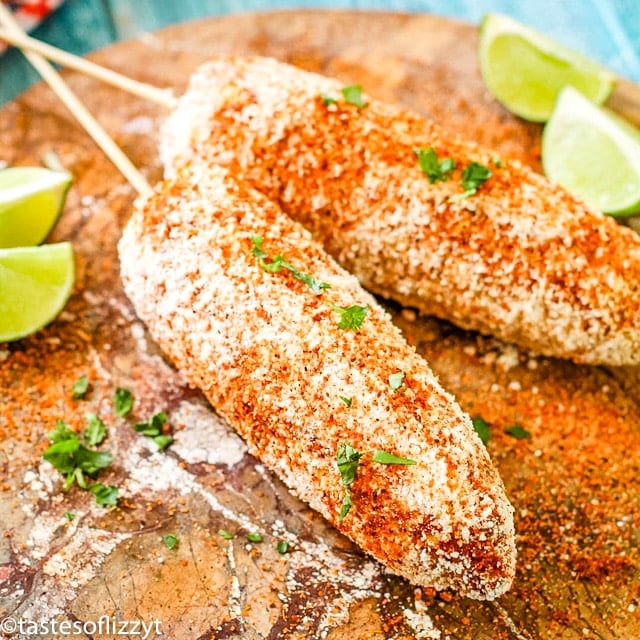 Greetings from Mexico, you should try instead of chili powder with Tajin, which is also the same but a little bit more acid, it really gives the corn a better flavor, toppings can be mayonnaise, yellow cheese ( kind of like nacho cheese) Tajin, red salsa they come in many different brands and ingredients but the best ones have chile ancho and chile guajillo (is kind like a paste) and white cheese (cotija or panela cheese)

We’ve had Mexican street corn before as well as some Mexican street corn salad (also good). I had never made it before, so I tried your recipe. It was so good! We didn’t have Tajin seasoning so I used chili powder which I had seen on other recipes. I want to get some for next time though as its ingredients sound good!