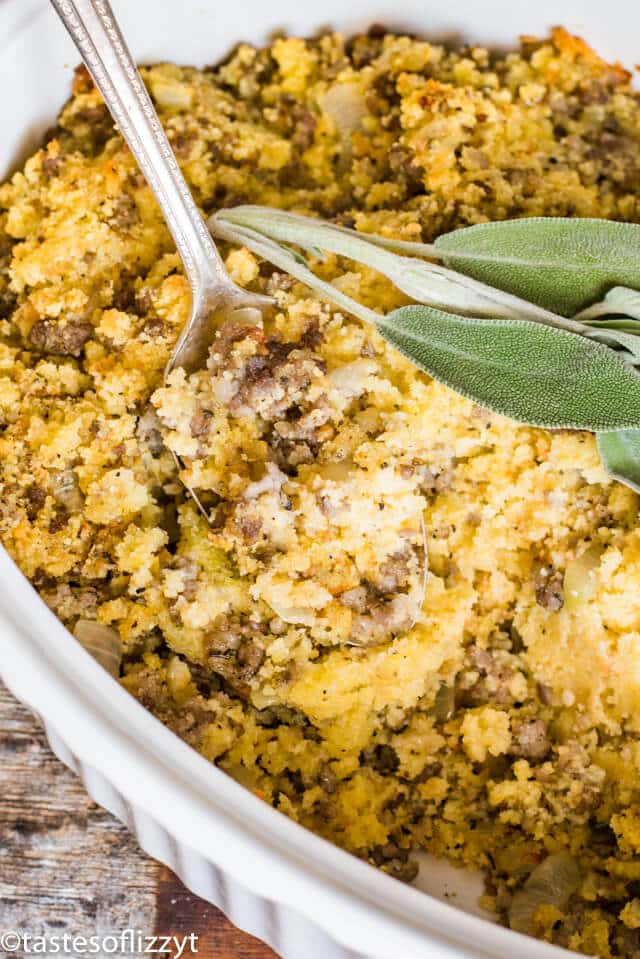 Use leftover cornbread to make a savory sausage cornbread stuffing that is idea as a side dish or as a main dish. You can also serve with sausage gravy for breakfast! 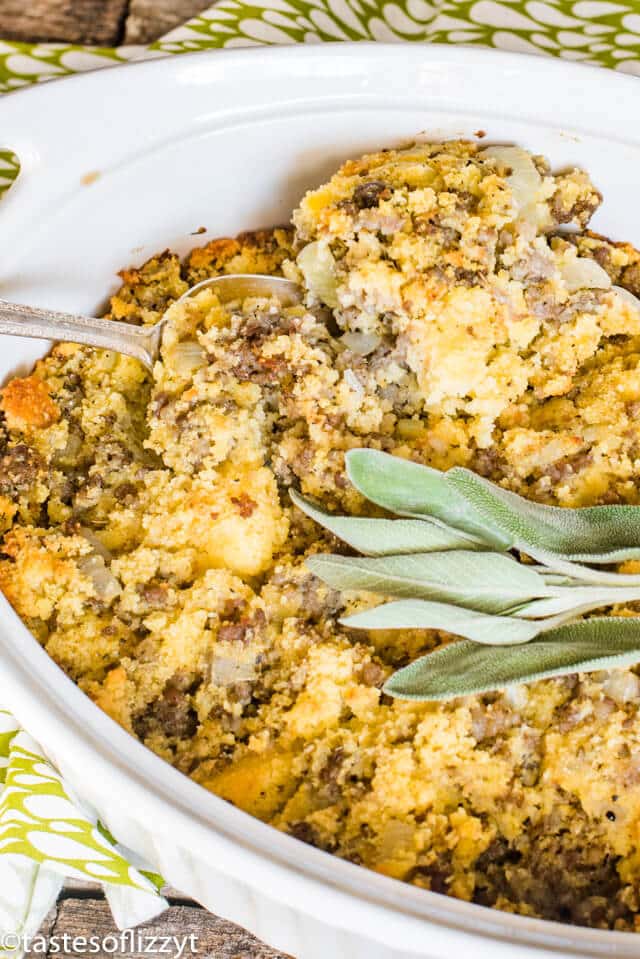 My grandma’s Thanksgiving turkey stuffing is one of the most popular recipes on our site. Thousands of our readers make that each holiday and although you love it, there are two types of stuffing that you also ask for. Cornbread stuffing and sausage stuffing. You can definitely add sausage to our traditional stuffing recipe, but we wanted to create a sausage cornbread stuffing that rivaled traditional stuffing in flavor. This recipe does just that!

Have you ever wondered if there is a difference between the two? The term stuffing tends to be used when the bread mixture is actually stuffed into another food. The term dressing is used more when the casserole is cooked separately on the side.

Locality also plays a part in the name. From what I understand, the South calls it dressing no matter how it is cooked.

How to Make Cornbread Dressing 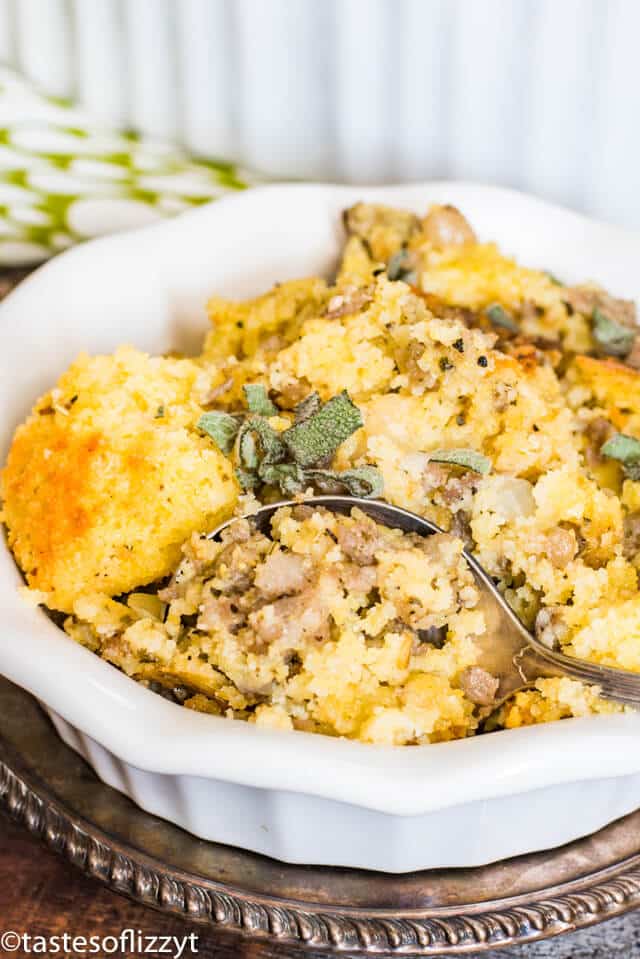 If you plan to stuff a turkey with this sausage stuffing, be sure not to stuff the turkey until just before you are ready to roast it. Stuff the body and neck cavities loosely and then roast the turkey according to the package directions.

Cornbread Stuffing in a Casserole

If you don’t want to stuff a turkey, bake this stuffing in a greased 3 quart baking dish. Cover the dish during the first 30 minutes of baking, then uncover it for the last 15-20 minutes or until the stuffing looks lightly golden brown on top.

If you find that the mixture seems dry before you bake it, add another ¼ to ½ cup of chicken broth to moisten it more. It’s really a matter of preference.

This cornbread stuffing may be prepared one day before baking or stuffing the turkey. Simply store the stuffing covered in the refrigerator overnight.

Looking for a cute way to serve stuffing? Take a look at these cute platters and dishes! 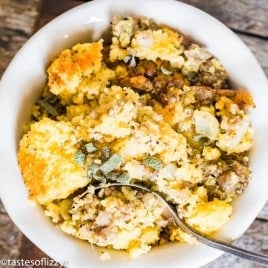 4.56 from 9 votes
Use leftover cornbread to make a savory sausage cornbread stuffing that is idea as a side dish or as a main dish. You can also serve with sausage gravy for breakfast!
Servings 12
Prep Time 20 minutes
Cook Time 45 minutes
Total Time 1 hour 5 minutes
Print RecipePin RecipeReview Recipe
Prevent your screen from going dark 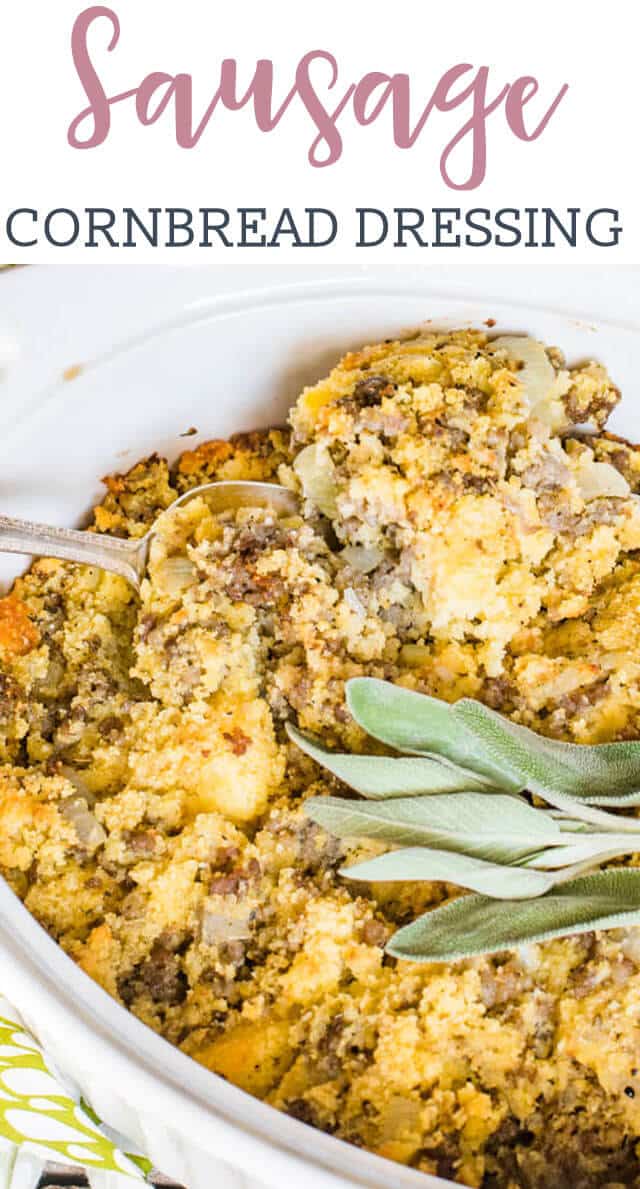 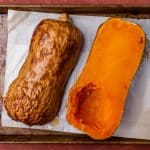 How to Cook Butternut Squash in the Oven 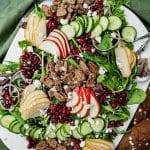 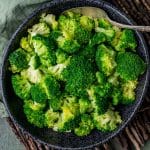 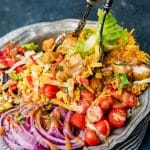 9×13 casserole dish and only 2 cups cornbread… Is this correct? Thanks in advance

Would Turkey sausage make a difference,or is the one in recipe best?also,when I stir together,how to keep cornbread from crumbling too much,or is that ok?tx,my husband’s family is southern and loves corbread!!!

Can you put together the day before and refrigerate?
Change cooking time?

Wow! Some of you people are snotty , ungrateful. After cubing cornbread you have to ask how much AIR is in the measuring cup, hence the bread is given as a weight for accuracy.

Is it possible to use the cornbread stuffing bag. I don’t have time to make cornbread too before thanksgiving. Wayyyy too much to do and I am trying to simplify.

I plan to use this recipe for Thanksgiving bird. sounds awesome thanks so much. have a great thanks giving. God Bless. you all

We love this! Mine is a little crumbly because I make cornbread with only cornmeal(no flour) to keep it gluten free but we love the taste!