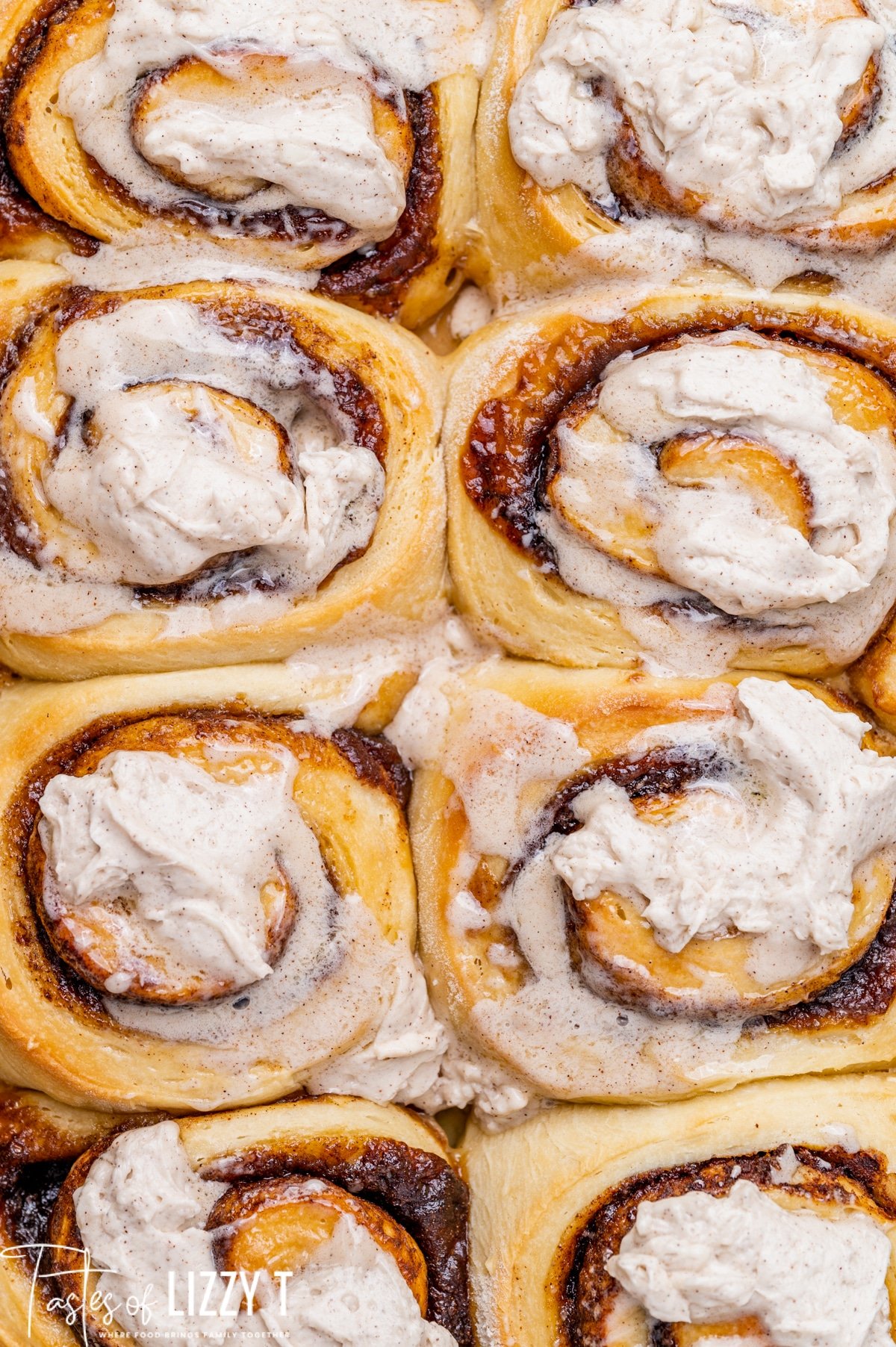 Today is a special day.

We’re sharing with you one of our favorite cinnamon roll recipes. This isn’t just any cinnamon roll, but our much-loved, classic breakfast. These are such a loved recipe (about as much as our apple dumpling recipe) that I really just wanted to be selfish and keep them my little secret.

Mom convinced me that you’d love them too, so I’m handing over to you the best cinnamon roll recipe around, dressed up for fall with apple butter inside.

When you take the apple butter cinnamon rolls out of the oven, beware! Your kids will crowd around the pan, waiting until it cools off. I did it, too. Even though I still had to wait to eat them, it was just good to smell these amazing rolls. One of our best apple recipes for apple picking season.

Is apple butter the same as apple sauce?

No, the two ingredients are different. Both apple butter and apple sauce are slow cooked apples and spices. Apple butter is cooked longer than applesauce which creates a thick, smooth, intense apple flavored spread.

Although there are detailed instructions below in the recipe card, here are a few key tips.

The simple cream cheese frosting on the top is only 4 ingredients:

Beat it together until it is smooth. Trust me, you might want to hide it somewhere you won’t eat it so you can actually put it on the rolls.

It’s that good. And it will melt in your mouth.

Looking for something just a little different? Try swapping out cream cheese for mascarpone cheese. The frosting will be a little lighter and soak into the rolls a little more. 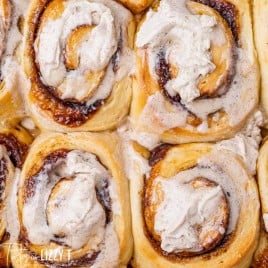 *Different yeast calls for slightly different proofing methods. We follow Red Star Platinum’s temperature guidelines. Please check your yeast packet to see what temperature the milk should be at. ***If you don’t have cream, use half and half, coffee creamer, evaporated milk, whole milk or coconut cream. Any of these will work. Even 2% milk will work, but we prefer a higher fat milk. ****For smaller rolls, cut the dough into 15 slices and use a 10×15″ baking pan. The larger pan will also allow the rolls to rise more evenly. The calories shown are based on the recipe making 12 rolls, with 1 serving being 1 frosted sweet roll. Since different brands of ingredients have different nutritional information, the calories shown are just an estimate. **We are not dietitians and recommend you seek a nutritionist for exact nutritional information. The information in the nutrition box are calculated through a program and there is room for error. If you need an accurate count, I recommend running the ingredients through your favorite nutrition calculator.**

Cinnamon rolls sound appetizing than other rolls. Love your post. thanks

I know I would absolutely love this. Great idea using apple butter

This is the best recipe I have ever seen for cinnamon rolls….and doesn’t take long to make

Can you freeze these for make ahead brunch?

I had a lot of trouble with this recipe! The dough was very dry, not sticky as expected based on the instructions. As a result the dough was quite difficult to knead. Also the added moisture in the dough from the apple butter made these take WAY longer than 15 minutes to bake up. I’ve added almost an extra 20 minutes of bake time and my rolls are still raw where they are touching each other. I hope the taste is worth the wait!

Fantastic. We used different brands because we are not in US. Turned out great! The icing is as great as you sold it to be.

Just made these, absolutely amazing! Best cinnamon rolls we’ve ever had. The apple butter helps to lighten up the recipe and adds extra flavor and moisture, so good. We used a recipe for frosting with no cream cheese based on preference, so good again! Highly recommend this recipe!

So SALTED BUTTER and “another” teaspoon SALT? Sounds like a lot of salt.

These didn’t turn out well, sadly. The directions say to cut into 12 slices and place in a 9×12 pan, but the recipe pictures show only *8* in the pan. I thought the pic was cropped, but it’s actually the full pan with only 8. Kind of annoying. The outside rolls on our batch were barely done at 35 min and the middle turned out to be still raw and inedible. The bottoms had started caramelizing nicely, but my husband was wary of letting them go longer lest that caramel burn. So, we took them out and, in the end,… Read more »